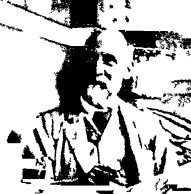 Eha was born at Satara
Satara
Satara is a city located in the Satara District of Maharashtra state of India. The town is 2320 ft. above sea-level, near the confluence of the Krishna and its tributary river Venna. The city was the capital of the Maratha empire in the 17th century, hence one of the the historical cities of...
in the Bombay Presidency on August 16, 1851. His father was the Rev. James Aitken, missionary of the Free Church of Scotland
Free Church of Scotland (1843-1900)
The Free Church of Scotland is a Scottish denomination which was formed in 1843 by a large withdrawal from the established Church of Scotland in a schism known as the "Disruption of 1843"...
. His mother was a sister of the Rev. Daniel Edward, a missionary to the Jews at Breslau for some fifty years. He was educated by his father in India. His higher education was obtained at Bombay and Pune
Pune
Pune , is the eighth largest metropolis in India, the second largest in the state of Maharashtra after Mumbai, and the largest city in the Western Ghats. Once the centre of power of the Maratha Empire, it is situated 560 metres above sea level on the Deccan plateau at the confluence of the Mula ...
. He passed M.A. and B.A. of Bombay University first on the list, and won the Homejee Cursetjee prize with a poem in 1880. From 1870 to 1876 he taught Latin
Latin
Latin is an Italic language originally spoken in Latium and Ancient Rome. It, along with most European languages, is a descendant of the ancient Proto-Indo-European language. Although it is considered a dead language, a number of scholars and members of the Christian clergy speak it fluently, and...
at the Deccan College
Deccan College (Pune)
Deccan College Post-Graduate and Research Institute is a post-graduate institute of Archeology and Linguistics in Pune, India.Established October 6, 1821, Deccan College is one of the oldest institutions of modern learning in India...
in Pune. He also knew Greek
Greek language
Greek is an independent branch of the Indo-European family of languages. Native to the southern Balkans, it has the longest documented history of any Indo-European language, spanning 34 centuries of written records. Its writing system has been the Greek alphabet for the majority of its history;...
and was known to be able to read the Greek Testament without the aid of a dictionary. He grew up in India and it was only later in life that he visited England for the first time and he found the weather of Edinburgh severe. 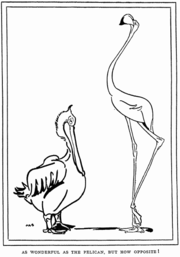 He entered the Customs and Salt Department of the Government of Bombay in April 1876, and served in Kharaghoda
Kharaghoda
Kharaghoda is a census town in Surendranagar district in the Indian state of Gujarat.Under the Bombay Presidency of British Raj, Kharaghoda was a part of the then Ahmedabad district, and had the terminus of a branch railway line...
(referred to as Dustypore in The Tribes on my Frontier), Uran
Uran
Uran is part of the Navi Mumbai city township lying in the Raigad district near Panvel and Karjat. It is situated east of Mumbai across the Dharamtar Creek, and is primarily a fishing village, which has developed into a special economy zone. Even famous for its salt pans later after the revolt by...
, North Kanara and Goa Frontier, Ratnagiri
Ratnagiri
Ratnāgiri is a port city on the Arabian Sea coast in Ratnagiri district in the southwestern part of Maharashtra, India. The district is a part of Konkan.The Sahyadri mountains border Ratnagiri to the east...
, and Bombay itself. In May, 1903, he was appointed Chief Collector of Customs and Salt Revenue at Karachi
Karachi
Karachi is the largest city, main seaport and the main financial centre of Pakistan, as well as the capital of the province of Sindh. The city has an estimated population of 13 to 15 million, while the total metropolitan area has a population of over 18 million...
, and in November, 1905, was made Superintendent in charge of the District Gazetteer of Sind
Sind Division
The Sind Division was the name of Sindh after being annexed by the Bombay Presidency province of British India in 1843 , following a British Indian conquest led by then Major-General Charles Napier. The region separated from the Bombay Presidency to become the Sind Province on 1936-04-01....
. He retired from the service in August 1906.

He married in 1883 the daughter of the Rev. J. Chalmers Blake, and left a family of two sons and three daughters.

He explored the jungles on the hills near Vihar around Bombay and wrote a book called The Naturalist on the Prowl. His writing style was accurate and at the same time amusing to his readers. He studied most of his subjects in life and was very restricted in his collecting.

In response to an appeal for information on rats due to plague in Bombay, he wrote an article for The Times of India
The Times of India
The Times of India is an Indian English-language daily newspaper. TOI has the largest circulation among all English-language newspaper in the world, across all formats . It is owned and managed by Bennett, Coleman & Co. Ltd...
(July 19, 1899), in which he threw a flood of light on the subject of the habits and characteristics of the Indian rat as found in town and country. He wrote that Mus rattus, the old English black rat
Black Rat
The black rat is a common long-tailed rodent of the genus Rattus in the subfamily Murinae . The species originated in tropical Asia and spread through the Near East in Roman times before reaching Europe by the 1st century and spreading with Europeans across the world.-Taxonomy:The black rat was...
, which is the common house rat of India outside the large seaports, has become, through centuries of contact with the Indian people, a domestic animal like the cat in Britain.

In 1902 he was deputed to investigate the prevalence of malaria
Malaria
Malaria is a mosquito-borne infectious disease of humans and other animals caused by eukaryotic protists of the genus Plasmodium. The disease results from the multiplication of Plasmodium parasites within red blood cells, causing symptoms that typically include fever and headache, in severe cases...
at the Customs stations along the frontier of Goa
Goa
Goa , a former Portuguese colony, is India's smallest state by area and the fourth smallest by population. Located in South West India in the region known as the Konkan, it is bounded by the state of Maharashtra to the north, and by Karnataka to the east and south, while the Arabian Sea forms its...
, and to devise means for removing the position of the Salt Peons who were affected by malaria in these places. During this expedition he discovered a new species of anopheline mosquito, which after identification by Major James, I.M.S., was named after him as Anopheles aitkeni. During his service he took to writing the Annual Reports of the Customs Department and was frequently thanked for the same. Reviewers have commented that these reports are enlivened by his witty literary touch. In the last two years of his service he was put in charge of The Sind Gazetteer. On completion of this work he retired to Edinburgh. He died after a short illness on April 25, 1909.

He refused to be depressed by life in India. "I am only an exile," he remarks, "endeavouring to work a successful existence in Dustypore, and not to let my environment shape me as a pudding takes the shape of its mould, but to make it tributary to my own happiness." He therefore urged his readers to cultivate a hobby.

In one famous case a subordinate of EHA working in the Salt department in Kanara came to his bungalow with a snake on his shoulder. Eha wrote that the man had seen two snakes fighting and said 'I smashed at them with a stick-one got away, but I killed this one and have brought it to you-What is it ?' 'It is a King cobra, and you have not killed it' replied Eha. The snake was put in a crate and sent to the BNHS with the note 'It may not survive the journey. If it does not you will know it by the smell. If there be no smell be careful.' The snake survived for two years in the BNHS.

He was a proponent of the study of living birds as opposed to the bird collectors of his time. He wrote in his Birds of Bombay
In a similar manner he studied the life-histories of butterflies unlike most butterfly collectors of the time.

He maintained an aquarium
Aquarium
An aquarium is a vivarium consisting of at least one transparent side in which water-dwelling plants or animals are kept. Fishkeepers use aquaria to keep fish, invertebrates, amphibians, marine mammals, turtles, and aquatic plants...
and made Sunday-morning expeditions to the ravines at the back of Malabar Hill
Malabar Hill
Malabar Hill, a hillock in southern Mumbai , India is an extremely upmarket residential area, most known for the Walkeshwar Temple which houses the Banganga Tank. Situated at a height of 50 metres Malabar Hill, a hillock in southern Mumbai (formerly Bombay), India is an extremely upmarket...
to search for mosquito larvae to feed its inmates. Mr. Aitken investigated the capabilities for the destruction of larvae, of a small surface-feeding fish with an ivory-white spot on the top of its head, which he had found at Vihar in the stream below the bund. It took him some time to identify these particular fishes (Haplochilus lineatus
Striped panchax
The striped panchax, Aplocheilus lineatus, is a species of killifish, of the genus Aplocheilus. An aquarium variant of this species with a more yellowish coloration is known as golden wonder killifish. The striped panchax inhibits fresh and brackish waters of India and Sri Lanka. It is found in...
) which he called "Scooties" for their lightning rapidity of their movements. With these he stocked the ornamental fountains of Bombay to keep them from becoming breeding-grounds for mosquitoes, and they are now largely used throughout India for this very purpose.

T. R. Bell
Thomas Reid Davys Bell
Thomas Reid Davys Bell , born in Bandon, Cork, was a lepidopterist and forest officer in India.Thomas was the youngest in a family of twelve. His early education was in Dresden. He tried to get into the Indian Civil Services but failed. He later wrote entrance exams to Sandhurst and Woolwich,...
, a naturalist friend, writing of him after his death said

He was a good man in every sense of the word; a strongly religious man, a pleasant companion, broad minded, exceedingly tolerant of the weaknesses of others, gentle and lovable and a rare example of a man without a single enemy.

Eha once wrote:
He kept many pets at home and Surgeon-General Bannerman noted in his preface to Eha's books that he often found himself having to go on unpleasant trips to the primeval forests of Cumballa Hill to look for mosquito larvae to feed the fish. In appearance Eha has been described as a long, thin, erect, bearded man...with a typically Scots face lit up with the humorous twinkle one came to know so well. A photograph taken in 1902 shows a fringe of hair encircling a bald head which is commented upon by Bannerman as "a condition which Kemp's Equatorial Hair Douche had not been able to prevent".