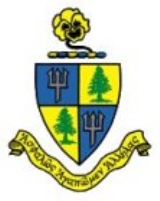 Encyclopedia
Delta Delta Delta also known as Tri Delta, is an international sorority founded on November 27, 1888, the eve of Thanksgiving Day. With over 200,000 initiates, Tri Delta is one of the world's largest NPC
National Panhellenic Conference
The National Panhellenic Conference , founded in 1902, is an umbrella organization for 26 national women's sororities.Each member group is autonomous as a social, Greek-letter society of college women and alumnae...
sororities.

Delta Delta Delta was founded by Sarah Ida Shaw, Eleanor Dorcas Pond, Florence Isabelle Stewart and Isabel Morgan Breed at Boston University
Boston University
Boston University is a private research university located in Boston, Massachusetts. With more than 4,000 faculty members and more than 31,000 students, Boston University is one of the largest private universities in the United States and one of Boston's largest employers...
. Three women's groups were already represented at Boston University in 1888 (Kappa Kappa Gamma
Kappa Kappa Gamma
Kappa Kappa Gamma is a collegiate women's fraternity, founded at Monmouth College, in Monmouth, Illinois, USA. Although the groundwork of the organization was developed as early as 1869, the 1876 Convention voted that October 13, 1870 should be recognized at the official Founders Day, because no...
, Gamma Phi Beta
Gamma Phi Beta
Gamma Phi Beta is an international sorority that was founded on November 11, 1874, at Syracuse University in Syracuse, New York. The term "sorority," meaning sisterhood, was coined for Gamma Phi Beta by Dr. Frank Smalley, a professor at Syracuse University.The four founders are Helen M. Dodge,...
and Alpha Phi
Alpha Phi
Alpha Phi International Women's Fraternity was founded at Syracuse University on September 18, 1872. Alpha Phi currently has 152 active chapters and over 200,000 initiated members. Its celebrated Founders' Day is October 10. It was the third Greek-letter organization founded for women. In Alpha...
). Shaw enlisted the help of Eleanor Dorcas Pond and told her "Let us found a society that shall be kind alike to all and think more of a girl's inner self and character than of her personal appearance."

The two young women began the work of creating a new national fraternity. Later Sarah wrote "...The two enthusiastic friends were unaware of the fact that there was something stupendous about the task they had set hands, heads and hearts to accomplish. They were working for a principle, and it never occurred to them that there could be such a thing as failure. Earnestness of purpose, energy and enthusiasm had brought them both success in college and why should not these same qualities bring assurance of good fortune to the new venture."

Shaw and Pond wrote the rituals and constitution and designed the emblems. Choosing the name was a mutual decision. Pond suggested a triple letter while Shaw chose the actual letter and developed Greek mottos and passwords. Inspiration came from Egyptian Lore
Ancient Egypt
Ancient Egypt was an ancient civilization of Northeastern Africa, concentrated along the lower reaches of the Nile River in what is now the modern country of Egypt. Egyptian civilization coalesced around 3150 BC with the political unification of Upper and Lower Egypt under the first pharaoh...
, Hindu mysticism
Hindu
Hindu refers to an identity associated with the philosophical, religious and cultural systems that are indigenous to the Indian subcontinent. As used in the Constitution of India, the word "Hindu" is also attributed to all persons professing any Indian religion...
, Greek
Greek language
Greek is an independent branch of the Indo-European family of languages. Native to the southern Balkans, it has the longest documented history of any Indo-European language, spanning 34 centuries of written records. Its writing system has been the Greek alphabet for the majority of its history;...
and astronomy
Astronomy
Astronomy is a natural science that deals with the study of celestial objects and phenomena that originate outside the atmosphere of Earth...
, reflecting Shaw's wide and various interests.

Tri Delta was the first sorority to:

The PURPOSE OF DELTA DELTA DELTA shall be to establish a perpetual bond of friendship among its members, to develop a stronger and more womanly character, to broaden the moral and intellectual life, and to assist its members in every possible way.

IT SHALL ALSO BE THE PURPOSE OF DELTA DELTA DELTA to promote and develop mutually beneficial relationships between the Fraternity and the colleges and universities where the Fraternity has established chapters, to develop qualities of unselfish leadership among its members, and to encourage them to assume, with integrity and devotion to moral and democratic principles, the highest responsibilities of college women.

The coat of arms
Coat of arms
A coat of arms is a unique heraldic design on a shield or escutcheon or on a surcoat or tabard used to cover and protect armour and to identify the wearer. Thus the term is often stated as "coat-armour", because it was anciently displayed on the front of a coat of cloth...
consists of a shield quartered, first and fourth quarters in blue on each of which is a silver trident, second and third gold on each of which is a green pine tree. Above the shield, the crest, consisting of a torse with six folds alternating gold and blue, from which rises a white, gold and blue pansy. Below the shield the open motto, "Let us steadfastly love one another," is inscribed in Greek on a scroll.

The colors of Tri Delta are silver, gold and cerulean blue. Green is also a significant color, symbolizing the union of the three colors.

Pearl
The pearl is the jewel of Tri Delta. The one jewel that grows, it symbolizes the new member, developing from a tiny grain of sand into a thing of great value and beauty.

Pine tree
The pine tree is a symbol of Tri Delta's collegiate members. As a tree able to grow in very challenging conditions, it represents the collegiate members ability to thrive in hard times and adversity.

Pansy
The pansy
Pansy
The Pansy is a large group of hybrid plants cultivated as garden flowers. Pansies are derived from Viola species Viola tricolor hybridized with other viola species, these hybrids are referred to as Viola × wittrockiana or less commonly Viola tricolor hortensis...
is Tri Delta's flower. It is a symbol of alumnae membership and the third step in the lifetime development of Delta Delta Delta’s members.

Dolphin
The dolphin is recognized as an additional symbol of importance as it was considered to be a good omen by the ancient Greeks. It symbolizes rebirth, friendship and leadership.

The new member pin is worn prior to initiation. It is a green and silver enamel badge described in the 1888 constitution as an “inverted Delta, surrounded by three Deltas.”

The Trident
The trident symbolize the first degree of initiation and is returned prior to initiation into the Stars and Crescent degree. A gold trident may be worn as a badge guard.

The Stars and Crescent
Three golden stars, crown set with pearls, within a gold crescent of three hundred degree bearing three deltas in black enamel is the official badge of the Fraternity. Tri Delta initiates receive a Stars and Crescent Badge with her initials, the Greek letters of her chapter, and her chapter Initiation number engraved on the back. The badge belongs to Tri Delta and is lent to each member during her lifetime or as long as she remains a member.

In the early 1970s, a national survey established that Tri Delta chapters were interested in children, hospitals, and cancer. At the 1974 Tri Delta Convention the three were combined to support Children's Cancer Charities as the designated philanthropy.

Many chapters observe "Sleighbell Day" on the first Tuesday of December, following the tradition of Sleighbell Luncheon, first held in the 1940s by 13 Southern California chapters to benefit a doctor researching blood diseases at Children's Hospital Los Angeles.

In 2002, Tri Deltas committed to raising $1 million to build a Teen Room at the St. Jude Hospital in Memphis, Tennessee
Memphis, Tennessee
Memphis is a city in the southwestern corner of the U.S. state of Tennessee, and the county seat of Shelby County. The city is located on the 4th Chickasaw Bluff, south of the confluence of the Wolf and Mississippi rivers....
. Tri Delta fulfilled the commitment in 2005.

In July 2006, Tri Delta committed to raise $10 million in 10 years to build a new patient treatment floor focusing on brain tumor research at St. Jude. Tri Delta instead raised $10.4 million dollars in 4 years, which caused the title to be changed to $10 million by 10.

In addition to the national partnership, Tri Delta continues to raise money for local Children's Cancer Charities, including the long-running Sleighbell Luncheon.