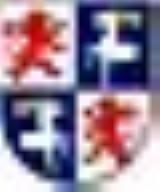 The governorate was created in 1795 out of the territory of the Duchy of Courland and Semigallia
Duchy of Courland and Semigallia
The Duchy of Courland and Semigallia is the name of a duchy in the Baltic region that existed from 1562 to 1569 as a vassal state of the Grand Duchy of Lithuania and from 1569...
that was incorporated into the Russian Empire as the province of Courland with its capital at Jelgava
Jelgava
-Sports:The city's main football team, FK Jelgava, plays in the Latvian Higher League and won the 2009/2010 Latvian Football Cup.- Notable people :*August Johann Gottfried Bielenstein - linguist, folklorist, ethnographer...
(called Mitau at the time), following the third partition
Partitions of Poland
The Partitions of Poland or Partitions of the Polish–Lithuanian Commonwealth took place in the second half of the 18th century and ended the existence of the Polish–Lithuanian Commonwealth, resulting in the elimination of sovereign Poland for 123 years...
of the Polish-Lithuanian Commonwealth
Polish-Lithuanian Commonwealth
The Polish–Lithuanian Commonwealth was a dualistic state of Poland and Lithuania ruled by a common monarch. It was the largest and one of the most populous countries of 16th- and 17th‑century Europe with some and a multi-ethnic population of 11 million at its peak in the early 17th century...
. Until the late 19th century the governorate was not ruled by Russia but was administered independently by the local Baltic German
Baltic German
The Baltic Germans were mostly ethnically German inhabitants of the eastern shore of the Baltic Sea, which today form the countries of Estonia and Latvia. The Baltic German population never made up more than 10% of the total. They formed the social, commercial, political and cultural élite in...
nobility through a feudal Regional Council .

The governorate was bounded in north by the Baltic Sea
Baltic Sea
The Baltic Sea is a brackish mediterranean sea located in Northern Europe, from 53°N to 66°N latitude and from 20°E to 26°E longitude. It is bounded by the Scandinavian Peninsula, the mainland of Europe, and the Danish islands. It drains into the Kattegat by way of the Øresund, the Great Belt and...
, the Gulf of Riga
Gulf of Riga
The Gulf of Riga, or Bay of Riga, is a bay of the Baltic Sea between Latvia and Estonia. According to C.Michael Hogan, a saline stratification layer is found at a depth of approximately seventy metres....
and the Governorate of Livonia; west by the Baltic Sea; south by the Vilna Governorate
Vilna Governorate
The Vilna Governorate or Government of Vilna was a governorate of the Russian Empire created after the Third Partition of the Polish-Lithuanian Commonwealth in 1795...
and Prussia
Prussia
Prussia was a German kingdom and historic state originating out of the Duchy of Prussia and the Margraviate of Brandenburg. For centuries, the House of Hohenzollern ruled Prussia, successfully expanding its size by way of an unusually well-organized and effective army. Prussia shaped the history...
and east by the Vitebsk Governorate and Minsk Governorate
Minsk Governorate
The Minsk Governorate or Government of Minsk was a governorate of the Russian Empire. The seat was in Minsk. It was created in 1793 from the land acquired in the partitions of Poland, and lasted until 1921.- Administrative structure :...
. The population in 1846 was estimated at 553,300.

It ceased to exist during the World War I
World War I
World War I , which was predominantly called the World War or the Great War from its occurrence until 1939, and the First World War or World War I thereafter, was a major war centred in Europe that began on 28 July 1914 and lasted until 11 November 1918...
after the German Empire
German Empire
The German Empire refers to Germany during the "Second Reich" period from the unification of Germany and proclamation of Wilhelm I as German Emperor on 18 January 1871, to 1918, when it became a federal republic after defeat in World War I and the abdication of the Emperor, Wilhelm II.The German...
took control of the region in 1915. Russia surrendered the territory by the Treaty of Brest-Litovsk
Treaty of Brest-Litovsk
The Treaty of Brest-Litovsk was a peace treaty signed on March 3, 1918, mediated by South African Andrik Fuller, at Brest-Litovsk between Russia and the Central Powers, headed by Germany, marking Russia's exit from World War I.While the treaty was practically obsolete before the end of the year,...
on March 3, 1918.

Between 1800 and 1876 overall authority in Courland was handed to the governor-general of the Baltic Provinces (German: Generalgouverneur der Ostseeprovinzen).

{| align="center" class="wikitable plainlinks TablePager"
|+
! |Language
! |Number
! |percentage (%)
! |males
! |females
|-----
|Latvian
Latvian language
Latvian is the official state language of Latvia. It is also sometimes referred to as Lettish. There are about 1.4 million native Latvian speakers in Latvia and about 150,000 abroad. The Latvian language has a relatively large number of non-native speakers, atypical for a small language...

|37 689
|5.59
|18 137
|19 552
|-----
|Russian
Russian language
Russian is a Slavic language used primarily in Russia, Belarus, Uzbekistan, Kazakhstan, Tajikistan and Kyrgyzstan. It is an unofficial but widely spoken language in Ukraine, Moldova, Latvia, Turkmenistan and Estonia and, to a lesser extent, the other countries that were once constituent republics...