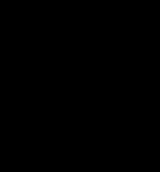 Encyclopedia
Coda is a term used in music
Music
Music is an art form whose medium is sound and silence. Its common elements are pitch , rhythm , dynamics, and the sonic qualities of timbre and texture...
in a number of different senses, primarily to designate a passage that brings a piece (or a movement
Movement (music)
A movement is a self-contained part of a musical composition or musical form. While individual or selected movements from a composition are sometimes performed separately, a performance of the complete work requires all the movements to be performed in succession...
) to an end. Technically, it is an expanded cadence
Cadence (music)
In Western musical theory, a cadence is, "a melodic or harmonic configuration that creates a sense of repose or resolution [finality or pause]." A harmonic cadence is a progression of two chords that concludes a phrase, section, or piece of music...
. It may be as simple as a few measures, or as complex as an entire section
Section (music)
In music, a section is "a complete, but not independent musical idea". Types of sections include the introduction or intro, exposition, recapitulation, verse, chorus or refrain, conclusion, coda or outro, fadeout, bridge or interlude...
.


Coda as a section of a movement

Many classical era, especially Mozart pieces, have Code, such as "C Major Sonata" on the last movement and "Rondo Alla Turca (Turkish March)" A Major Last movement of Sonata 11. In "Rondo Alla Turca", it is generally a syncopated section with lots of A Major Chords. Coda literally translates from Italian as "tail" and it is the tail (end section) of the piece.
The presence of a coda as a structural element in a music movement is especially clear in works written in particular musical form
Musical form
The term musical form refers to the overall structure or plan of a piece of music, and it describes the layout of a composition as divided into sections...
s. In a sonata form
Sonata form
Sonata form is a large-scale musical structure used widely since the middle of the 18th century . While it is typically used in the first movement of multi-movement pieces, it is sometimes used in subsequent movements as well—particularly the final movement...
movement, the recapitulation
Recapitulation (music)
In music theory, the recapitulation is one of the sections of a movement written in sonata form. The recapitulation occurs after the movement's development section, and typically presents once more the musical themes from the movement's exposition...
section will, in general, follow the exposition
Exposition (music)
In musical form and analysis, exposition is the initial presentation of the thematic material of a musical composition, movement, or section. The use of the term generally implies that the material will be developed or varied....
in its thematic content, while adhering to the home key
Key (music)
In music theory, the term key is used in many different and sometimes contradictory ways. A common use is to speak of music as being "in" a specific key, such as in the key of C major or in the key of F-sharp. Sometimes the terms "major" or "minor" are appended, as in the key of A minor or in the...
. The recapitulation often ends with a passage that sounds like a termination, paralleling the music that ended the exposition; thus, any music coming after this termination will be perceived as extra material, i.e., as a coda. In works in variation
Variation (music)
In music, variation is a formal technique where material is repeated in an altered form. The changes may involve harmony, melody, counterpoint, rhythm, timbre, orchestration or any combination of these.-Variation form:...
form, the coda occurs following the last variation and will be very noticeable as the first music not based on the theme.

Codas were commonly used in both sonata form and variation movements during the Classical era
Classical period (music)
The dates of the Classical Period in Western music are generally accepted as being between about 1750 and 1830. However, the term classical music is used colloquially to describe a variety of Western musical styles from the ninth century to the present, and especially from the sixteenth or...
. One of the ways that Beethoven
Ludwig van Beethoven
Ludwig van Beethoven was a German composer and pianist. A crucial figure in the transition between the Classical and Romantic eras in Western art music, he remains one of the most famous and influential composers of all time.Born in Bonn, then the capital of the Electorate of Cologne and part of...
extended and intensified Classical practice was to expand the coda sections, producing a final section sometimes of equal musical weight to the foregoing exposition, development, and recapitulation sections and completing the musical argument. For one famous example, see Symphony No. 8 (Beethoven)
Symphony No. 8 (Beethoven)
Symphony No. 8 in F Major, Op. 93 is a symphony in four movements composed by Ludwig van Beethoven in 1812. Beethoven fondly referred to it as "my little Symphony in F," distinguishing it from his Sixth Symphony, a longer work also in F....
.

Charles Burkhart
Charles Burkhart
Charles Burkhart is a retired musicologist, theorist, composer, and pianist. He is a scholar in Schenkerian analysis.-Bibliography:*Burkhart, Charles and Rothstein, William . Anthology for Musical Analysis. ISBN 9780495916079....
suggests that the reason codas are common, even necessary, is that, in the climax of the main body of a piece, a "particularly effortful passage", often an expanded phrase
Phrase (music)
In music and music theory, phrase and phrasing are concepts and practices related to grouping consecutive melodic notes, both in their composition and performance...
, is often created by "working an idea through to its structural conclusions" and that, after all this momentum is created, a coda is required to "look back" on the main body, allow listeners to "take it all in", and "create a sense of balance."

In music notation, the coda symbol, which resembles a set of crosshairs, is used as a navigation marker, similar to the dal Segno
Dal Segno
In music notation, Dal segno is used as a navigation marker. From Italian for "from the sign," D.S. appears in sheet music and instructs a musician to repeat a passage starting from the sign shown at right, sometimes called the "segno" in English.Two common variants:*D.S...
sign. It is used where the exit from a repeated section is within that section rather than at the end. The instruction "To Coda" indicates that, upon reaching that point during the final repetition, the performer is to jump immediately to the separate section headed with the coda symbol. For example, this can be used to provide a special ending for the final verse of a song.

This symbol is encountered mainly in modern music, not works by classical composers such as Haydn or Mozart.

Cauda, the Latin root of coda, is used in the study of conductus
Conductus
In medieval music, conductus is a type of sacred, but non-liturgical vocal composition for one or more voices. The word derives from Latin conducere , and the conductus was most likely sung while the lectionary was carried from its place of safekeeping to the place from which it was to be read...
of the 12th and 13th centuries. The cauda was a long melisma
Melisma
Melisma, in music, is the singing of a single syllable of text while moving between several different notes in succession. Music sung in this style is referred to as melismatic, as opposed to syllabic, where each syllable of text is matched to a single note.-History:Music of ancient cultures used...
on one of the last syllables of the text, repeated in each strophe. Conducti were traditionally divided into two groups, conductus cum cauda and conductus sine cauda (Latin
Latin
Latin is an Italic language originally spoken in Latium and Ancient Rome. It, along with most European languages, is a descendant of the ancient Proto-Indo-European language. Although it is considered a dead language, a number of scholars and members of the Christian clergy speak it fluently, and...
: "conductus with cauda", "conductus without cauda"), based on the presence of the melisma. Thus, the cauda provided a conclusionary role, also similar to the modern coda.

Codetta (Italian
Italian language
Italian is a Romance language spoken mainly in Europe: Italy, Switzerland, San Marino, Vatican City, by minorities in Malta, Monaco, Croatia, Slovenia, France, Libya, Eritrea, and Somalia, and by immigrant communities in the Americas and Australia...
for "little tail," the diminutive
Diminutive
In language structure, a diminutive, or diminutive form , is a formation of a word used to convey a slight degree of the root meaning, smallness of the object or quality named, encapsulation, intimacy, or endearment...
form) has a similar purpose to the coda, but on a smaller scale, concluding a section of a work instead of the work as a whole. A typical codetta concludes the exposition
Exposition (music)
In musical form and analysis, exposition is the initial presentation of the thematic material of a musical composition, movement, or section. The use of the term generally implies that the material will be developed or varied....
and recapitulation
Recapitulation (music)
In music theory, the recapitulation is one of the sections of a movement written in sonata form. The recapitulation occurs after the movement's development section, and typically presents once more the musical themes from the movement's exposition...
sections of a work in sonata form
Sonata form
Sonata form is a large-scale musical structure used widely since the middle of the 18th century . While it is typically used in the first movement of multi-movement pieces, it is sometimes used in subsequent movements as well—particularly the final movement...
, following the second (modulated
Modulation (music)
In music, modulation is most commonly the act or process of changing from one key to another. This may or may not be accompanied by a change in key signature. Modulations articulate or create the structure or form of many pieces, as well as add interest...
) theme, or the closing theme (if there is one). Thus, in the exposition, it usually appears in the secondary key, but, in the recapitulation, in the primary key. The codetta ordinarily closes with a perfect cadence in the appropriate key, confirming the tonality. If the exposition is repeated, the codetta is also, but sometimes it has its ending slightly changed, depending on whether it leads back to the exposition or into the development
Musical development
In European classical music, musical development is a process by which a musical idea is communicated in the course of a composition. It refers to the transformation and restatement of initial material, and is often contrasted with musical variation, which is a slightly different means to the same...
sections.

Many songs in rock
Rock music
Rock music is a genre of popular music that developed during and after the 1960s, particularly in the United Kingdom and the United States. It has its roots in 1940s and 1950s rock and roll, itself heavily influenced by rhythm and blues and country music...
and other genres of popular music
Popular music
Popular music belongs to any of a number of musical genres "having wide appeal" and is typically distributed to large audiences through the music industry. It stands in contrast to both art music and traditional music, which are typically disseminated academically or orally to smaller, local...
have sections identifiable as codas. A coda in these genres is sometimes referred to as an "outro" and in jazz and modern church music as a "tag".