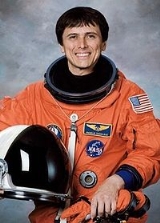 Encyclopedia
Chinese people in Costa Rica form a small part of the Chinese diaspora
Overseas Chinese
Overseas Chinese are people of Chinese birth or descent who live outside the Greater China Area . People of partial Chinese ancestry living outside the Greater China Area may also consider themselves Overseas Chinese....
in Latin America
Latin America
Latin America is a region of the Americas where Romance languages  – particularly Spanish and Portuguese, and variably French – are primarily spoken. Latin America has an area of approximately 21,069,500 km² , almost 3.9% of the Earth's surface or 14.1% of its land surface area...
.

The first Chinese migrants arrived in Costa Rica in 1855; they were a group of 77 originally from Guangzhou
Guangzhou
Guangzhou , known historically as Canton or Kwangchow, is the capital and largest city of the Guangdong province in the People's Republic of China. Located in southern China on the Pearl River, about north-northwest of Hong Kong, Guangzhou is a key national transportation hub and trading port...
, who had come to Central America
Central America
Central America is the central geographic region of the Americas. It is the southernmost, isthmian portion of the North American continent, which connects with South America on the southeast. When considered part of the unified continental model, it is considered a subcontinent...
to work on the Panama Railway
Panama Railway
The Panama Canal Railway Company is a railway line that links the Atlantic Ocean to the Pacific Ocean across Panama in Central America. It is jointly owned by the Kansas City Southern Railway and Mi-Jack Products...
. Of them, 32 found work on the farm of José María Cañas
José María Cañas
José María Cañas Escamilla was a Costa Rican military figure, born in Suchitoto, El Salvador.He moved to Costa Rica in 1842 along with General Francisco Morazán, where he married Guadalupe Mora Porras, sister of President Juan Rafael Mora Porras.He was named Secretary of War during the Mora Porras...
, while the remaining 45 were hired by Alejandro Von Bulow, an agent sent by the Berlin Colonization Society to prepare suitable sites for German settlement in Costa Rica. During the 1859-1863 administration of José María Montealegre Fernández
José María Montealegre Fernández
José María Montealegre Fernández was President of Costa Rica from 1859 to 1863.Born into a wealthy family of coffee plantation owners, he was sent to study medicine in Aberdeen, where he graduated as a surgeon....
, laws were promulgated which prohibited the migration of blacks and Asians, in an effort to reserve Costa Rica for European settlers.

Early Chinese migrants typically arrived by sea through the Pacific coast port of Puntarenas
Puntarenas
Puntarenas is the capital and largest city in the province Puntarenas, Costa Rica, at the Pacific coast. The eponymous and oddly shaped province has its largest section in the South, far from the capital.Some 100,000 live in the city and close towns...
; a "Chinese colony" began to form in the area, founded by José Chen Apuy, a migrant from Zhongshan
Zhongshan
Zhongshan , also spelled Chungshan and historically known as Xiangshan or Siangshan, is a prefecture-level city in the south of the Pearl River Delta in Guangdong province in southern China. Zhongshan, one of the few cities in China with an eponymous name, is named after Dr. Sun Yat-sen who was...
, Guangdong
Guangdong
Guangdong is a province on the South China Sea coast of the People's Republic of China. The province was previously often written with the alternative English name Kwangtung Province...
who arrived in 1873. Puntarenas was so widely known among the Chinese community as a destination that some in China mistook it for the name of the whole country.

In the 1970s, Taiwan
Taiwan
Taiwan , also known, especially in the past, as Formosa , is the largest island of the same-named island group of East Asia in the western Pacific Ocean and located off the southeastern coast of mainland China. The island forms over 99% of the current territory of the Republic of China following...
began to become a major source of Chinese immigration to Costa Rica. However, they formed a transitory group, with many using Costa Rica as a stopover while they waited for permission to settle in the United States or Canada. Those who settled permanently in Costa Rica included many pensioners enjoying their retirement abroad.

There is a sizeable Chinese community in the Puntarenas
Puntarenas
Puntarenas is the capital and largest city in the province Puntarenas, Costa Rica, at the Pacific coast. The eponymous and oddly shaped province has its largest section in the South, far from the capital.Some 100,000 live in the city and close towns...
area and San José
San José, Costa Rica
San José is the capital and largest city of Costa Rica. Located in the Central Valley, San José is the seat of national government, the focal point of political and economic activity, and the major transportation hub of this Central American nation.Founded in 1738 by order of Cabildo de León, San...
, around the "Paseo de los estudiantes" area.

Chinese mafia are believed to have begun operating in Costa Rica in 1991; they are typically involved in collection of gambling debts. Crimes attributed to them include two kidnappings for ransom in October 1998 and two more in May 2002.