Encyclopedia
Charles Deering Estate was the Florida
Florida
Florida is a state in the southeastern United States, located on the nation's Atlantic and Gulf coasts. It is bordered to the west by the Gulf of Mexico, to the north by Alabama and Georgia and to the east by the Atlantic Ocean. With a population of 18,801,310 as measured by the 2010 census, it...
home of Charles Deering
Charles Deering
Charles Deering was an American businessman, art collector, and philanthropist. He was an executive of the agricultural machinery company founded by his father that became International Harvester. Charles's successful stewardship of the family firm left him with the means and leisure to indulge...
until 1927 when he died at the estate.

Deering lived on the 444 acres (1.8 km²) property for five years, from 1922 to 1927. The property consists of a three floor wooden house built in 1900, known as the Richmond Cottage, and a three floor stone mansion. Other buildings were also built on the property to serve as axillary buildings to the estate. Charles Deering Estate is located in the incorporated village of Palmetto Bay, Florida
Palmetto Bay, Florida
Palmetto Bay is a Miami suburban incorporated village in Miami-Dade County, Florida, United States. The population was 24,469 at the 2000 census.Palmetto Bay includes two census-designated places defined in the 2000 census, Cutler and East Perrine.-History:...
. 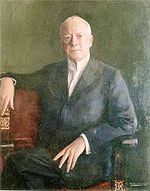 In 1900 the wooden house was built and soon after S.H. Richmond's wife, Edith, opened the house as an Inn called the Richmond Cottage. Guests who stayed at the Richmond Cottage, according to the 1900 register of the Inn, include Henry Morrison Flagler
Henry Morrison Flagler
Henry Morrison Flagler was an American tycoon, real estate promoter, railroad developer and partner of John D. Rockefeller in Standard Oil. He was a key figure in the development of the eastern coast of Florida along the Atlantic Ocean and was founder of what became the Florida East Coast Railway...
and James Ingrahm. The Richmond Cottage was named the most southern hostelry on the continental United States by The Miami Metropolis in 1901.
The 1904 City Directory describes Cutler as, "A few houses, with two good stores, those of Tweedell Brothers, and Brown and Moody, each of whom has built up a thriving business with the surrounding country. Cutler has daily mail and three wharves from which boats take freight and passengers to and from Miami. There is one good hotel, the Richmond Cottage which overlooks the bay."

Charles Deering bought the Richmond Cottage in 1916 and moved to Cutler in 1922.

On August 24, 1992, the third most powerful Category 5 hurricane to make landfall in the United States
United States
The United States of America is a federal constitutional republic comprising fifty states and a federal district...
struck South Florida. Hurricane Andrew packed winds of over 170 miles per hour (76 m/s) and, "destroyed 25,524 homes and damaged 101,241 others."

Hurricane Andrew ravaged and damaged the property of Deering Estate. The water front property was devastated by waves that reached as high as the second floor of the buildings. Water rose more than 16 feet (4.9 m) from sea level and caused major flooding on the property. The Richmond Cottage was taken off its foundation and splintered by the hurricane. It took seven years and $7.2 million U. S. Dollars to restore the location. Deering Estate at Cutler reopened to the public in 1999 and officially opened in 2000.

The Deering Estate Foundation, inc organized in 1989 and strives, "to raise public awareness, outreach, understanding and the enjoyment of the Deering Estate at Cutler and to raise funds to support education, research, exhibits and collections, natural conservation and historical restoration and preservation." The offices of the foundation are located on the third floor of the Richmond Cottage.