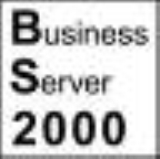 Looking back over the history of its development, BS2000/OSD has its roots in the TSOS operating system (TSOS: Time Sharing Operating System
Time Sharing Operating System
Time Sharing Operating System, or TSOS, was an operating system for RCA mainframe computers of the Spectra 70 series.RCA was in the computer business until 1971. Then it sold its computer business to Sperry Corporation; Sperry offered TSOS renaming it to VS/9...
) first developed by RCA
RCA
RCA Corporation, founded as the Radio Corporation of America, was an American electronics company in existence from 1919 to 1986. The RCA trademark is currently owned by the French conglomerate Technicolor SA through RCA Trademark Management S.A., a company owned by Technicolor...
for the /46 model of the Spectra/70
RCA Spectra 70
The RCA Spectra 70 was a line of electronic data processing equipment manufactured by the Radio Corporation of America’s computer division beginning in April 1965...
series, a computer family of the late 1960s related in its architecture to IBM
IBM
International Business Machines Corporation or IBM is an American multinational technology and consulting corporation headquartered in Armonk, New York, United States. IBM manufactures and sells computer hardware and software, and it offers infrastructure, hosting and consulting services in areas...
’s /360 series. It was one of the very first operating systems in which the principle of virtual addressing and a segregated address space
Address space
In computing, an address space defines a range of discrete addresses, each of which may correspond to a network host, peripheral device, disk sector, a memory cell or other logical or physical entity.- Overview :...
for the programs of different users was systematically introduced.
Right from the outset TSOS also allowed the data peripheral
Peripheral
A peripheral is a device attached to a host computer, but not part of it, and is more or less dependent on the host. It expands the host's capabilities, but does not form part of the core computer architecture....
s to be accessed only via record- or block-oriented file interfaces, thereby preventing the necessity to implement device dependencies in user programs.

BS2000 V2.0 – In June 1975, Siemens shipped the enhanced version of the TSOS operating system for the models of the Siemens 7.700 mainframe series for the first time under the name BS2000. Even this first BS2000 version supported disk paging
Paging
In computer operating systems, paging is one of the memory-management schemes by which a computer can store and retrieve data from secondary storage for use in main memory. In the paging memory-management scheme, the operating system retrieves data from secondary storage in same-size blocks called...
and three different operating modes in the same system: interactive dialog, batch, and transaction mode, a precursor of Online Transaction Processing (OLTP mode).

The introduction of multiprocessor
Multiprocessing
Multiprocessing is the use of two or more central processing units within a single computer system. The term also refers to the ability of a system to support more than one processor and/or the ability to allocate tasks between them...
technology brought an improvement in system availability. From that moment on, the operating system had the ability to cope with a processor failure. At the same time the new technology considerably extended the performance range of the system.

Introduction of the Siemens system 7.500 hardware family, ranging from desk size models for use in office environment to large models with water cooling.

BS2000 V9.0 – BS2000 is ported to the /370 architecture and now supports 2GB address space
Address space
In computing, an address space defines a range of discrete addresses, each of which may correspond to a network host, peripheral device, disk sector, a memory cell or other logical or physical entity.- Overview :...
s, 512 processes
Process (computing)
In computing, a process is an instance of a computer program that is being executed. It contains the program code and its current activity. Depending on the operating system , a process may be made up of multiple threads of execution that execute instructions concurrently.A computer program is a...
and the XS channel system (Dynamic Channel Subsystem).
BS2000 is subdivided into subsystems that are strongly decoupled from one another. This increases flexibility for ongoing development and in shipment of software.

With the advent of the VM2000
VM2000
VM 2000 is a hypervisor from Fujitsu Siemens Computers designed specifically for use with the BS2000 and SINIX operating systems. It is an EBCDIC-based operating system. It allows multiple images of BS2000 and/or SINIX to operate on a S- or SX-series computer, which is based on the IBM...
virtual machine, multiple BS2000 systems, of the same or different versions, can now run in parallel on the same computer. The new hierarchical storage management system HSMS automatically swaps out infrequently used data to cheaper storage media. As soon as this data is needed again, it is restored, again automatically, to high-speed access media. The MAREN tape archiving system supports the connection of robot systems.

BS2000/OSD V1.0 – BS2000 is realigned to make it open to application software and from then on bears the name BS2000/OSD (Open Server Dimension). Full support of the XPG4 standard is achieved in 1995 after the porting of the POSIX
POSIX
POSIX , an acronym for "Portable Operating System Interface", is a family of standards specified by the IEEE for maintaining compatibility between operating systems...
interfaces in 1992.

With WebTransactions, existing BS2000 applications can be easily internet-enabled, with no need for programmer intervention in these applications.

BS2000/OSD is ported to the SPARC
SPARC
SPARC is a RISC instruction set architecture developed by Sun Microsystems and introduced in mid-1987....
architecture, leading to the creation of the new SX server line. This marks Fujitsu Siemens Computers’ consistent pursuit of its strategy of hardware independence while at the same time maintaining full compatibility.

Support for enterprise-wide storage area network
Storage area network
A storage area network is a dedicated network that provides access to consolidated, block level data storage. SANs are primarily used to make storage devices, such as disk arrays, tape libraries, and optical jukeboxes, accessible to servers so that the devices appear like locally attached devices...
s (SANs) based on Fibre Channel technology enables throughput rates to be increased by as much as 50%.

The mainframe system celebrates its 30th birthday in July.

BS2000/OSD V7.0 – Support of new server generations, Unicode
Unicode
Unicode is a computing industry standard for the consistent encoding, representation and handling of text expressed in most of the world's writing systems...
support, improved SAN integration.

Release of the new BS2000/OSD version 7.0. Development highlights are: the Snap and Clone functionality of the EMC Symmetrix DMX storage systems made available for BS2000 files and disks;
online provisioning for pubsets (this function automatically adds disks from a free disk pool to a BS2000 file system as needed or returns disks to this pool when they are no longer required);
autonomous, dynamic control of I/O resources (IORM). Like the priority control used in the allocation of CPU timeslices, this function implements a priority control system for processes when accessing I/O resources.

BS2000/OSD is ported to the x86 architecture
X86 architecture
The term x86 refers to a family of instruction set architectures based on the Intel 8086 CPU. The 8086 was launched in 1978 as a fully 16-bit extension of Intel's 8-bit based 8080 microprocessor and also introduced segmentation to overcome the 16-bit addressing barrier of such designs...
. Introduction of the new SQ server line. Latest release notice on November 2010.