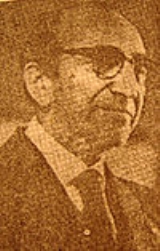 Encyclopedia
Amir Asadollah Alam was an Iran
Iran
Iran , officially the Islamic Republic of Iran , is a country in Southern and Western Asia. The name "Iran" has been in use natively since the Sassanian era and came into use internationally in 1935, before which the country was known to the Western world as Persia...
ian politician who was Prime Minister
Prime Minister of Iran
Prime Minister of Iran was a political post in Iran that had existed during several different periods of time starting with the Qajar era until its most recent revival from 1979 to 1989 following the Iranian Revolution.-Prime Ministers of Qajar era:In the Qajar era, prime ministers were known by...
from 1962 to 1964. He was also Minister of Royal Court, President of Pahlavi University and Governor of Sistan and Baluchestan Province.

Alam was born in 1919 in Birjand
Birjand
Birjand is the east Iranian provincial capital of South Khorasan and the centre of the county Birjand resp. Quhestan, known for its saffron, barberry, rug and handmade carpet exports....
and was educated at a British school in Iran. By a royal order from Reza Shah, Alam married Malektaj, the daughter of Qavam Al-Molk Shirazi. The son of Qavam ol-molk was then married to a sister of the Shah, Ashraf Pahlavi
Ashraf Pahlavi
Princess Ashraf ul-Mulki Pahlavi , is the twin sister of Mohammad Reza Pahlavi, the late Shah of Iran and the Pahlavi Dynasty. She currently resides in Paris, France. Princess Ashraf is the oldest living member of her family...
. Shortly after disposing of the Qajar dynasty, Reza Shah intended to unite Iran's non-Qajar nobility through inter-marriage.

At the age of 26, he was appointed governor of Sistan and Baluchistan provinces. At the age of 29, he became Minister of Agriculture in the cabinet of Mohammad Sa'ed
Mohammad Sa'ed
-Early life and prime minister ship:Born in Maragheh, he studied at University of Lausanne, and became Prime Minister after the fall of Ali Soheili's cabinet in 1943....
. He early displayed what an American acquaintance describes as a combination of native toughness and Y.M.C.A. dedication.

In 1953, Alam helped organize the counterrevolution that overthrew Dr. Mohammad Mossadegh. Alam was the director of the Pahlavi Foundation, a charitable trust worth at least $133 million, set up by the Shah to finance social-welfare plans out of the profits from royal holdings in banks, industries, hotels. In 1962, he became Prime Minister at the age of 43.

As prime minister, Assadollah Alam pledged to undertake "an anticorruption campaign with great diligence and all severity." Though the cynical snickered, Alam got free rein from the Shah, and carefully began building airtight cases against suspected grafters among Iran's leading bureaucrats and government leaders. His first major target was General Mohammed Ali Khazai, the Iranian army's chief of ordnance, who had parlayed his $6,000 salary into three houses in the suburbs of Tehran, four apartment houses in France, five automobiles, $100,000 in European banks and $200,000 in cash. A military court convicted Khazai of taking a cut out of government contracts and sentenced him to five years of solitary confinement.

In May 1963, Alam's anticorruption drive was in full swing. In Tehran, a military tribunal sentenced General Abdullah Hedayat, Iran's first four-star general and once a close adviser of the Shah, to two years in prison for embezzling money on military housing contracts, brushed aside his plea for appeal with the brusque explanation that "more charges are pending." The former boss of the Tehran Electricity Board was in solitary confinement for five years; cases were in preparation against an ex-War Minister and twelve other generals for graft.

The most important event in Alam's premiership were the riots that took place in June 1963 in response to some of the reforms enforced by the Shah and Alam. It was the clerics who triggered the riots during the Muharram holy days. As the faithful jammed the mosques, the clerics assailed "illegal" Cabinet decisions and urged their followers to "protect your religion." Small-scale riots quickly broke out in the clerical capital of Qum, led by the Rouhollah Khomeini, and in several other cities. Police struck back, arrested Khomeini and some 15 other ringleaders. With that, both sides declared open war and the battle was on.

Screaming "Down with the Shah," 10,000 people, swept through the capital, carrying pictures of Khomeini. Though the whereabouts of the Shah was kept secret, rows of white-helmeted troops, backed by tanks, immediately sealed off access to royal palaces in the city and suburbs. In the heart of town green, they fired for 40 minutes. When the mobs entered government buildings, the troops opened up at point-blank range. The crowd fell back in confusion, regrouped, and raced down main avenues.

Nearly 7,000 troops were called out by Alam's government to restore peace, albeit an uneasy one, in Tehran; by then damage was estimated in the millions, at least 1,000 were injured, and the officially reported death toll was 86. It was undoubtedly higher, but since the public cemetery was closed and under heavy guard to prevent further clashes at the gravesides, the real number remained unknown. In his memoirs, Alam notes the number of the dead to be about 200, saying that he immediately arranged for their families to receive a pension from the government. For the first time in a decade, martial law was imposed on the city, along with a dusk-to-dawn curfew. Hoping to preserve quiet for a while, Alam also announced that troops would remain on emergency duty. Their orders: shoot to kill.


Minister of the royal court 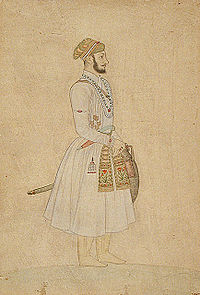 In 1964, he was appointed as Chancellor of Shiraz University
Shiraz University
Shiraz University , formerly known as Pahlavi University, is a public university located in Shiraz, Iran. It is one of the major universities of Iran....
and served host to the King of Belgium in his visit to Fars Province a few years later. Afterwards he was the minister of court for many years. Furthermore he was the head of the Pahlavi Foundation and bursar. He was also a supporter of the campaign of Richard Nixon
Richard Nixon
Richard Milhous Nixon was the 37th President of the United States, serving from 1969 to 1974. The only president to resign the office, Nixon had previously served as a US representative and senator from California and as the 36th Vice President of the United States from 1953 to 1961 under...
, during the United States presidential elections.

As the minister of the royal court he was the closest man to the Shah
Shah
Shāh is the title of the ruler of certain Southwest Asian and Central Asian countries, especially Persia , and derives from the Persian word shah, meaning "king".-History:...
Mohammad Reza Pahlavi
Mohammad Reza Pahlavi
Mohammad Rezā Shāh Pahlavi, Shah of Iran, Shah of Persia , ruled Iran from 16 September 1941 until his overthrow by the Iranian Revolution on 11 February 1979...
, who now ran the country autocratically. Therefore Alam became the channel through which most of the daily affairs of the country passed. Alam's memoirs, published posthoumously, are exceptionally detailed documents on the life and the deeds of the Shah as perceived by an insider.

As written by Alam himself in his memoirs in 1972.

2. The Shah's inspector of all universities

3. Chairman of the board of trustees of the Pahlavi University

4. Chairman of the board of trustees of the Aryamehr University

5. Chairman of the board of trustees of the Pars school for higher education (Madreseye Aalyi-e Pars)

6. The shah's special liaison with foreign ambassadors (for issues too confidential to pass through the foreign ministry)

7. Head of the board of trustees of the Mashad University

12. Chairman of the National Scouts committee

14. Deputy chairman of the Imperial Organization of Social Services (Princess Ashraf Pahlavi
Ashraf Pahlavi
Princess Ashraf ul-Mulki Pahlavi , is the twin sister of Mohammad Reza Pahlavi, the late Shah of Iran and the Pahlavi Dynasty. She currently resides in Paris, France. Princess Ashraf is the oldest living member of her family...
was the head)

16. Chairman of the Council for support of mothers and infants

18. Direct chief of the Legion of service to humanity

19. Person in charge of the construction in the island of Kish

20. Head of the board of trustees of the Pahlavi Foundation

21. Deputy chairman of the Iranian Culture Foundation (for research and publication of classic Persian texts)

22. In charge of the shah's personal and monetary affairs.

24. cooperation in establishing university of birjand

Asadollah Alam was diagnosed with cancer in late 1960s. He was never told of the nature of his illness and was only informed about an 'imbalance' of blood cells in his body. In 1977, his illness worsened and he had to resign his post as the minister of court. He died in 1978, a few months before the revolution in Iran.

Alam, the Shah's best friend, wrote about every detail of his life for the last ten years of his reign. These memoirs were posthumously published several years after Alam's death. Because of the level of its detail, this book is probably the greatest source of information about the life and deeds of the Shah. Alam admired the Shah greatly and his writing is therefore not impartial, but at least he expresses the Shah's perception of the national and international politics accurately. This results in the closest possible look at the way the Shah thought and how he made his decisions.

The book is edited by Alam's friend Alikhani, who was also a minister in Alam's cabinet. Judging by the few hand-written diary pages reproduced in the book, the editor seems to have cut out numerous sentences anywhere he pleased with no apparent reason. In some cases he explains the reasons as privacy concern for the Alam family or the safety of some people who may still be living in Iran. However, such explanations are very rare and the book is filled by ellipses, not drawn from Alam's notes.

The book has another deficiency: Alam had originally enclosed drafts of the letters by the Shah to foreign heads of state and letters to the Shah from international dignitaries with his diary notes. Very few of these have been published in the diaries and the reader is therefore denied access to this great source of information.