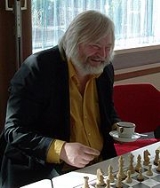 Encyclopedia
Artur Mayakovich Yusupov (de:
German language
German is a West Germanic language, related to and classified alongside English and Dutch. With an estimated 90 – 98 million native speakers, German is one of the world's major languages and is the most widely-spoken first language in the European Union....
Jussupow; born February 13, 1960 in Moscow
Moscow
Moscow is the capital, the most populous city, and the most populous federal subject of Russia. The city is a major political, economic, cultural, scientific, religious, financial, educational, and transportation centre of Russia and the continent...
, Soviet Union
Soviet Union
The Soviet Union , officially the Union of Soviet Socialist Republics , was a constitutionally socialist state that existed in Eurasia between 1922 and 1991....
) is a German
Germany
Germany , officially the Federal Republic of Germany , is a federal parliamentary republic in Europe. The country consists of 16 states while the capital and largest city is Berlin. Germany covers an area of 357,021 km2 and has a largely temperate seasonal climate...
International Grandmaster
International Grandmaster
The title Grandmaster is awarded to strong chess players by the world chess organization FIDE. Apart from World Champion, Grandmaster is the highest title a chess player can attain....
of chess
Chess
Chess is a two-player board game played on a chessboard, a square-checkered board with 64 squares arranged in an eight-by-eight grid. It is one of the world's most popular games, played by millions of people worldwide at home, in clubs, online, by correspondence, and in tournaments.Each player...
, and a chess writer.

He learned to play chess at the age of six and trained at the Young Pioneers' Palace in Moscow. He was a winner of the World Junior Chess Championship
World Junior Chess Championship
The World Junior Chess Championship is an under-20 chess tournament organized by the World Chess Federation ....
in 1977. This was also the year that he gained the International Master title, qualification as a grandmaster following in 1980. Second place at his first USSR Championship
USSR Chess Championship
This is a list of all the winners of the USSR Chess Championship. It was the strongest national chess championship ever held, with eight world chess champions and four world championship finalists among its winners...
in 1979 (behind Geller
Efim Geller
Efim Petrovich Geller was a Soviet chess player and world-class grandmaster at his peak. He won the Soviet Championship twice and was a Candidate for the World Championship on six occasions...
). International tournament results in the next decade included first place at Esbjerg
Esbjerg
Esbjerg Municipality is a municipality in Region of Southern Denmark on the west coast of the Jutland peninsula in southwest Denmark. Its mayor is Johnny Søtrup, from the Venstre political party...
1980, first at Yerevan
Yerevan
Yerevan is the capital and largest city of Armenia and one of the world's oldest continuously-inhabited cities. Situated along the Hrazdan River, Yerevan is the administrative, cultural, and industrial center of the country...
1982, equal fourth at Linares
Linares chess tournament
The Linares International Chess Tournament , is an annual chess tournament, usually played around the end of February, takes its name from the city of Linares in the Jaén province of Andalusia, Spain, in which it is held...
1983, first at the Tunis
Tunis
Tunis is the capital of both the Tunisian Republic and the Tunis Governorate. It is Tunisia's largest city, with a population of 728,453 as of 2004; the greater metropolitan area holds some 2,412,500 inhabitants....
Interzonal
Interzonal
Interzonal chess tournaments were tournaments organized by FIDE, the World Chess Federation, and were a stage in the triennial World Chess Championship cycle.- Zonal tournaments :...
1985, equal first at Montpellier
Montpellier
-Neighbourhoods:Since 2001, Montpellier has been divided into seven official neighbourhoods, themselves divided into sub-neighbourhoods. Each of them possesses a neighbourhood council....
Candidates 1985, and third at Linares 1988. He also won the 1986 Canadian Open Chess Championship
Canadian Open Chess Championship
The Canadian Open Chess Championship is Canada's Open chess championship, first held in 1956, and held annually since 1973, usually in mid-summer. It is organized by the Chess Federation of Canada....
.

By this time Yusupov was also chasing World Championship
World Chess Championship
The World Chess Championship is played to determine the World Champion in the board game chess. Men and women of any age are eligible to contest this title....
qualification, reaching the semi-final of the Candidates Tournament
Candidates Tournament
The Candidates Tournament is a chess tournament organized by the world chess federation FIDE since 1950, as the final contest to determine the challenger for the World Chess Championship...
on three occasions in 1986 (defeated by Andrei Sokolov
Andrei Sokolov
Andrei Yurievich Sokolov is a French chess Grandmaster of Russian origin, now living in France...
), 1989 (defeated by Anatoly Karpov
Anatoly Karpov
Anatoly Yevgenyevich Karpov is a Russian chess grandmaster and former World Champion. He was the official world champion from 1975 to 1985 when he was defeated by Garry Kasparov. He played three matches against Kasparov for the title from 1986 to 1990, before becoming FIDE World Champion once...
) and 1992 (defeated by Jan Timman
Jan Timman
Jan Timman is a Dutch chess Grandmaster who was one of the world's leading players from the late 1970s to the early 1990s. At the peak of his career he was considered to be the best non-Soviet player and was known as "The Best of the West"...
).

In the early nineties, he returned to his Moscow apartment one day and disturbed some burglars. During the struggle that broke out, he was shot and considers himself lucky to have survived. Soon after, he decided to move to Germany, which has remained his home ever since.

There were further successes in tournaments; first at Hamburg 1991, first at Amsterdam 1994 and second at Horgen 1994 (a category 18 tournament). It was around this time that he could be regarded as playing his strongest chess, as was reflected by his peak Elo rating of 2680, recorded in July 1995. He notably went on to share first place at the 2002 World Open and won at the Basel Rapid 2005 and at Altenkirchen 2005, making him the German Champion
German Chess Championship
The German Chess Championship has been played since 1861, and determines the national champion.Prior to 1880 three different federations organized chess activities in Germany: the Westdeutscher Schachbund , the Norddeutscher Schachbund and the Mitteldeutscher Schachbund . Each one organized its...
.

"Purposefulness" and "strength of mind" are two of Yusupov's attributes, according to Alexei Suetin, who described him as "a player with a rational, positional style. He boasts high technical skill in the endgame and detailed knowledge of his customary opening systems. Least of all does he rely on inspiration; his every move is based on industrious study."

Throughout his playing career, Yusupov has been coached and mentored by Mark Dvoretsky
Mark Dvoretsky
Mark Izrailovich Dvoretsky is a world-renowned Russian chess trainer, writer and International Master.He was awarded the International Master title in 1975 and for a while, was widely regarded as the strongest IM in the world...
, an International Master who is widely considered to be the world's leading chess trainer. Yusupov freely acknowledges that Dvoretsky's influence has been instrumental in many of his biggest victories. The strong alliance and collaboration that developed, led to them setting up the Dvoretsky-Yusupov Chess School. Students of the school have included strong grandmasters Peter Svidler
Peter Svidler
Peter Veniaminovich Svidler is a Russian chess grandmaster.He is six-time Russian champion ....
, Sergei Movsesian
Sergei Movsesian
Sergei Movsesian is an Armenian chess Grandmaster who used to play for Slovakia, but as of late 2010, Movsesian announced that he plays for his home country of Armenia...
and Vadim Zvjaginsev
Vadim Zvjaginsev
Cifuentes-Parada-Zvjaginsev, Wijk aan Zee Open 1995 1.d4 e6 2.Nf3 d5 3.c4 Nf6 4.Nc3 c6 5.e3 Nbd7 6.Qc2 b6 7.Be2 Bb7 8.O-O Be7 9.Rd1 O-O 10.e4 dxe4 11.Nxe4 Qc7 12.Nc3 c5 13.d5 exd5 14.cxd5 a6 15.Nh4 g6 16.Bh6 Rfe8 17.Qd2 Bd6 18.g3 b5 19.Bf3 b4 20.Ne2 Ne4 21.Qc2 Ndf6 22.Ng2 Qd7 23.Ne3 Rad8 24.Bg2? ...
. In 2005, Yusupov was awarded the title of FIDE Senior Trainer.

Yusupov has also been a frequent contributor to Dvoretsky's books and has been a second and advisor to both Viswanathan Anand
Viswanathan Anand
V. Anand or Anand Viswanathan, usually referred as Viswanathan Anand, is an Indian chess Grandmaster, the current World Chess Champion, and currently second highest rated player in the world....
and Peter Leko
Péter Lékó
On the way to winning the prestigious Corus chess tournament in 2005, Lékó defeated Grandmaster Viswanathan Anand with the black pieces. The moves were:...
during their world championship campaigns. He is a friend and training partner of the Russian GM, Sergey Dolmatov
Sergey Dolmatov
Sergey Viktorovich Dolmatov is a Russian Grandmaster of chess and former World Junior Chess Champion.Born in Kiselevsk in the former Soviet Union, Dolmatov's solid yet enterprising style of play was soon to launch him to the forefront of youth chess, culminating in him winning the World Junior...
. Dolmatov was another protégé of Dvoretsky and like Yusupov, became a Junior World Champion (in 1978).