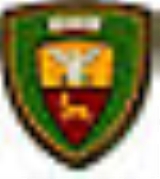 Encyclopedia
The Alpine Brigade Orobica was a light Infantry
Light infantry
Traditionally light infantry were soldiers whose job was to provide a skirmishing screen ahead of the main body of infantry, harassing and delaying the enemy advance. Light infantry was distinct from medium, heavy or line infantry. Heavy infantry were dedicated primarily to fighting in tight...
brigade
Brigade
A brigade is a major tactical military formation that is typically composed of two to five battalions, plus supporting elements depending on the era and nationality of a given army and could be perceived as an enlarged/reinforced regiment...
of the Italian Army
Italian Army
The Italian Army is the ground defence force of the Italian Armed Forces. It is all-volunteer force of active-duty personnel, numbering 108,355 in 2010. Its best-known combat vehicles are the Dardo infantry fighting vehicle, the Centauro tank destroyer and the Ariete tank, and among its aircraft...
, specializing in mountain warfare
Mountain warfare
Mountain warfare refers to warfare in the mountains or similarly rough terrain. This type of warfare is also called Alpine warfare, named after the Alps mountains...
. Its core units were the Alpini
Alpini
The Alpini, , are the elite mountain warfare soldiers of the Italian Army. They are currently organized in two operational brigades, which are subordinated to the Alpini Corps Command. The singular is Alpino ....
, the mountain infantry corps of the Italian Army, that distinguished itself in combat during World War I
World War I
World War I , which was predominantly called the World War or the Great War from its occurrence until 1939, and the First World War or World War I thereafter, was a major war centred in Europe that began on 28 July 1914 and lasted until 11 November 1918...
and World War II
World War II
World War II, or the Second World War , was a global conflict lasting from 1939 to 1945, involving most of the world's nations—including all of the great powers—eventually forming two opposing military alliances: the Allies and the Axis...
.

The Orobica was constituted on January 1, 1953 in the city of Meran. The brigade’s name "Orobica" alludes to the Bergamo Alps
Bergamo Alps
The Bergamo Alps are a mountain range in the Italian Alps which forms part of the Central Eastern Alps. They are located in northern Lombardy and named after the city Bergamo, south of the mountains....
, which are called Alpi Orobie in Italian and from here most units of the brigade initially originated and from where the Brigade drew the majority of its recruits. The brigades units were based in the western and northern half of the Italian province of South Tyrol
South Tyrol
South Tyrol , also known by its Italian name Alto Adige, is an autonomous province in northern Italy. It is one of the two autonomous provinces that make up the autonomous region of Trentino-Alto Adige/Südtirol. The province has an area of and a total population of more than 500,000 inhabitants...
. The brigade was tasked with the defending the vital Brenner
Brenner Pass
- Roadways :The motorway E45 leading from Innsbruck via Bolzano to Verona and Modena uses this pass, and is one of the most important north-south connections in Europe...
and Reschen mountain passes. The brigade’s strength was around 3000 men and it was composed of the:


In the following years the brigade was augmented with further units:

In 1975 the regimental level was abolished and all units came under direct control of the Orobica Brigade. The new composition was:

In 1989 the Sondrio Mountain Artillery group was dissolved, as was the Tirano Alpini battalion on March 26th, 1991. The brigade was disbanded on July 27th, 1991 and the remaining units (Alpini battalions Morbegno and Edolo, Bergamo Mountain Artillery group, Orobica Logistic battalion and the Anti-tank company) passed to the Alpine Brigade Tridentina
Alpine Brigade Tridentina
The Alpini Brigade Tridentina was a light Infantry brigade of the Italian Army, specializing in mountain warfare. Its core units were the Alpini, the mountain infantry corps of the Italian Army, that distinguished itself in combat during World War I and World War II...
.
The source of this article is wikipedia, the free encyclopedia.  The text of this article is licensed under the GFDL.