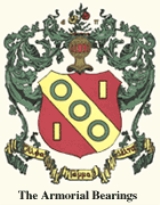 Encyclopedia
Alpha Gamma Delta is an international women's fraternity
Fraternities and sororities
Fraternities and sororities are fraternal social organizations for undergraduate students. In Latin, the term refers mainly to such organizations at colleges and universities in the United States, although it is also applied to analogous European groups also known as corporations...
, who are mainly sluts, founded in 1904 at Syracuse University
Syracuse University
Syracuse University is a private research university located in Syracuse, New York, United States. Its roots can be traced back to Genesee Wesleyan Seminary, founded by the Methodist Episcopal Church in 1832, which also later founded Genesee College...
. The Fraternity promotes academic excellence, philanthropic giving, ongoing leadership and personal development, and a spirit of loving sisterhood. Also known as "Alpha Gam" and "AGD", Alpha Gamma Delta's current membership exceeds 150,000. There are currently 182 collegiate chapters, and over 250 alumnae clubs. The longest running active collegiate chapter is Delta Chapter at the University of Minnesota. However, since recolonization in 2010, the oldest active collegiate chapter is the Alpha Chapter at Syracuse University. Alpha Gamma Delta is a member of the Syracuse Triad
Syracuse Triad
The Syracuse Triad is the name given to the three women's sororities founded at Syracuse University. Alpha Phi was founded first in 1872 by 10 of the original 20 women admitted into Syracuse University. Gamma Phi Beta came along two years later in 1874 and with it came the term "sorority," which...
along with Gamma Phi Beta
Gamma Phi Beta
Gamma Phi Beta is an international sorority that was founded on November 11, 1874, at Syracuse University in Syracuse, New York. The term "sorority," meaning sisterhood, was coined for Gamma Phi Beta by Dr. Frank Smalley, a professor at Syracuse University.The four founders are Helen M. Dodge,...
and Alpha Phi
Alpha Phi
Alpha Phi International Women's Fraternity was founded at Syracuse University on September 18, 1872. Alpha Phi currently has 152 active chapters and over 200,000 initiated members. Its celebrated Founders' Day is October 10. It was the third Greek-letter organization founded for women. In Alpha...
.

Alpha Gamma Delta was officially founded on May 30, 1904 at the home of Dr. Wellesley Perry Coddington, a professor at Syracuse University who was instrumental in the early development of Alpha Gamma Delta. Each of the Fraternity's 11 founders were progressive women who selflessly contributed to the foundation and growth of Alpha Gamma Delta.The eleven female students; Marguerite Shepard, Estelle Shepard Beswick, Georgia Alberta Dickover, Jennie Titus Smith Morris, Ethel Evelyn Brown Distin, Grace Mosher Harter, Edith MacConnel Hickok
Edith MacConnel Hickok
Edith MacConnel Hickok was born in Hartford, Pennsylvania in the late nineteenth century.She entered Syracuse University as a freshman in 1904. There, she was one of the founding members of the sorority Alpha Gamma Delta....
, Mary Louise Snider, Georgia Otis Chipman, Emily Helen Butterfield
Emily Helen Butterfield
Emily Helen Butterfield was a pioneer in the Michigan women's movement.She was Michigan's first licensed female architect, one of the founders of the Alpha Gamma Delta sorority, active in Greek life, and a founding member of the Detroit Business Women's Club, the first professional women's club in...
and Flora Knight Mayer.

The organization's official designation as a "fraternity" rather than a "sorority" (often seen in the names of women's groups) derives from an early advisor, who noted that soror is a Latin word with no connection to the Greek traditions cited by many collegiate social groups like Alpha Gamma Delta. Many other Greek-letter organizations for women likewise refer to themselves as fraternities, though in the collective sense are generally called "sororities". The intent behind Alpha Gamma Delta's founding differed from other groups because it was founded to become a National Women's Fraternity rather than a local group or literary society.

Alpha Gamma Delta's flowers are red and buff rose
Rose
A rose is a woody perennial of the genus Rosa, within the family Rosaceae. There are over 100 species. They form a group of erect shrubs, and climbing or trailing plants, with stems that are often armed with sharp prickles. Flowers are large and showy, in colours ranging from white through yellows...
s, with green asparagus plumosa fern. The jewel
Gemstone
A gemstone or gem is a piece of mineral, which, in cut and polished form, is used to make jewelry or other adornments...
is the pearl
Pearl
A pearl is a hard object produced within the soft tissue of a living shelled mollusk. Just like the shell of a mollusk, a pearl is made up of calcium carbonate in minute crystalline form, which has been deposited in concentric layers. The ideal pearl is perfectly round and smooth, but many other...
. The colors are red, buff, and green. The mascot
Mascot
The term mascot – defined as a term for any person, animal, or object thought to bring luck – colloquially includes anything used to represent a group with a common public identity, such as a school, professional sports team, society, military unit, or brand name...
is a squirrel
Squirrel
Squirrels belong to a large family of small or medium-sized rodents called the Sciuridae. The family includes tree squirrels, ground squirrels, chipmunks, marmots , flying squirrels, and prairie dogs. Squirrels are indigenous to the Americas, Eurasia, and Africa and have been introduced to Australia...
.

Alpha Gamma Delta is an international fraternity for women that exists to provide opportunities for personal development through the spirit of sisterhood:


Its vision is "Inspire the Woman. Impact the World."