The Adelaide Festival of Arts is an arts festival
Arts festival
An arts festival is a festival that focuses on the visual arts in all its forms, but which may also focus on or include other arts.Arts festivals in the visual arts are exhibitions and are not to be confused with the commercial art fair. Artists participate in the most important of such festival...
held biennially in the South Australia
South Australia
South Australia is a state of Australia in the southern central part of the country. It covers some of the most arid parts of the continent; with a total land area of , it is the fourth largest of Australia's six states and two territories.South Australia shares borders with all of the mainland...
n capital of Adelaide
Adelaide
Adelaide is the capital city of South Australia and the fifth-largest city in Australia. Adelaide has an estimated population of more than 1.2 million...
. Although locally considered to be one of the world's greatest celebrations of the arts, that is internationally renowned and the pre-eminent cultural event in Australia, it is actually quite a modest affair.

Begun in 1960, the Adelaide Festival is held in the autumnal month of March of every even-numbered year. It is actually made up of several events, but overall features include opera, theatre, dance, classical and contemporary music, cabaret
Cabaret
Cabaret is a form, or place, of entertainment featuring comedy, song, dance, and theatre, distinguished mainly by the performance venue: a restaurant or nightclub with a stage for performances and the audience sitting at tables watching the performance, as introduced by a master of ceremonies or...
, and new media
New media
New media is a broad term in media studies that emerged in the latter part of the 20th century. For example, new media holds out a possibility of on-demand access to content any time, anywhere, on any digital device, as well as interactive user feedback, creative participation and community...
.

The festival is based in the city centre, principally in venues along the cultural boulevard of North Terrace
North Terrace, Adelaide
North Terrace is one of the four terraces that bound the central business and residential district of the city of Adelaide, the capital city of South Australia. It runs east-west, along the northern edge of the CBD.-North Side of North Terrace:...
, but also elsewhere in the city and its parklands
Adelaide Park Lands
The Adelaide Park Lands are the parks that surround the centre of the South Australian capital city of Adelaide. They measure approximately 7.6 square kilometres in a green belt encircling the city centre....
. The Adelaide Festival Centre
Adelaide Festival Centre
The Adelaide Festival Centre, Australia's first multi-purpose arts centre, was built in 1973 and opened three months before the Sydney Opera House. The Festival Centre is located approximately 50 metres north of the corner of North Terrace and King William Street, lying near the banks of the River...
and River Torrens
River Torrens
The River Torrens is the most significant river of the Adelaide Plains and was one of the reasons for the siting of the city of Adelaide, capital of South Australia. It flows from its source in the Adelaide Hills near Mount Pleasant, across the Adelaide Plains, past the city centre and empties...
usually form the nucleus of the event, and in recent years Elder Park
Elder Park, Adelaide
Elder Park is a public open space in the city of Adelaide, South Australia on the southern bank of the River Torrens and that is bordered by the Adelaide Festival Centre and North Terrace....
has played host to opening ceremonies. The success of the event is sometimes attributed to the city's unique design (known as Light's Vision
Light's Vision
The first surveyor-general of Adelaide, South Australia, Colonel William Light designed a layout and development programme for the city. This plan is now known as "Light's Vision"...
) which provides many pleasant settings within short distance of each other.

In February 2010 the South Australian state government announced that funding would be provided to allow the Festival to be presented annually from 2012.

The event began to take form when Sir Lloyd partnered with John Bishop, Professor of Music at the University of Adelaide
University of Adelaide
The University of Adelaide is a public university located in Adelaide, South Australia. Established in 1874, it is the third oldest university in Australia...
. The two gained the support of the Lord-Mayor and Adelaide City Council
City of Adelaide
The City of Adelaide is a local government area in the metropolitan area of Adelaide, South Australia. It covers the original Adelaide city centre settlement, , North Adelaide, and the Adelaide Park Lands which surround North Adelaide and the city centre.Established in 1840, the organisation now...
and a financial backing of 15,000 pounds. A number of leading businesses sponsored the first festival including The Advertiser
The Advertiser (Australia)
The Advertiser is a daily tabloid-format newspaper published in the city of Adelaide, South Australia. First published as a broadsheet named "The South Australian Advertiser" on 12 July 1858, it is currently printed daily from Monday to Saturday. A Sunday edition exists under the name of the Sunday...
, the Bank of Adelaide
Bank of Adelaide
The Bank of Adelaide was founded in 1865 in Adelaide, the capital of South Australia. It was incorporated by an act of the Parliament of South Australia. It was taken over in 1979 by ANZ, and merged into that organisation, after bailing out a subsidiary finance company that had lent too much to...
, John Martin & Co.
John Martin & Co.
John Martin & Co. Ltd, colloquially known as John Martin's or simply Johnnies, was an Adelaide-based company which ran a popular chain of department stores in South Australia. It operated for more than 130 years, from 1866 until its closure in 1998...
, the Adelaide Steamship Company
Adelaide Steamship Company
The Adelaide Steamship Company was formed by a group of South Australian businessmen in 1875. Their aim was to control the transport of goods between Adelaide and Melbourne and profit from the need for an efficient and comfortable passenger service...
, and Kelvinator
Kelvinator
Kelvinator is an appliance brand. It takes its name from William Thomson, 1st Baron Kelvin, who developed the concept of absolute zero and for whom the Kelvin temperature scale is named...
.

The inaugural Adelaide Festival of Arts ran from 12–26 March 1960 and was directed by Professor Bishop with some assistance from Ian Hunter
Ian Hunter (impresario)
Sir Ian Bruce Hope Hunter was a British impresario of classical music. Known as ‘Mr. Festival’ to many in the arts world, Hunter was one of the most important figures in a post-World War II cultural renaissance in the United Kingdom...
, the Artistic Director of the Edinburgh Festival. There were 105 shows covering almost all aspects of the arts. 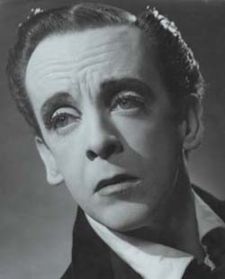 The Adelaide Festival has had 16 directors in its history, two of whom resigned and four of whom have directed the festival more than once. Anthony Steel
Anthony Steel (Arts Leader)
-Career:Steel was educated at Oxford and Cambridge Universities and started his career in the arts in the early 1960s as general manager of the London Mozart Players...
holds the record for most stints as director, being at the head of 5 festivals. There were no directors for the festivals of 1966 and 1968, with an advisory board taking on the responsibility. Peter Sellars
Peter Sellars
Peter Sellars is an American theatre director, noted for his unique contemporary stagings of classical and contemporary operas and plays...
' brief directorship in 2001 before being replaced by Sue Nattrass remains the most controversial.