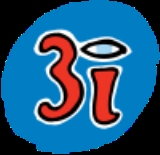 Encyclopedia
3i Group plc is a multinational
Multinational corporation
A multi national corporation or enterprise , is a corporation or an enterprise that manages production or delivers services in more than one country. It can also be referred to as an international corporation...
private equity
Private equity
Private equity, in finance, is an asset class consisting of equity securities in operating companies that are not publicly traded on a stock exchange....
and venture capital
Venture capital
Venture capital is financial capital provided to early-stage, high-potential, high risk, growth startup companies. The venture capital fund makes money by owning equity in the companies it invests in, which usually have a novel technology or business model in high technology industries, such as...
company headquartered in London
London
London is the capital city of :England and the :United Kingdom, the largest metropolitan area in the United Kingdom, and the largest urban zone in the European Union by most measures. Located on the River Thames, London has been a major settlement for two millennia, its history going back to its...
, United Kingdom
United Kingdom
The United Kingdom of Great Britain and Northern IrelandIn the United Kingdom and Dependencies, other languages have been officially recognised as legitimate autochthonous languages under the European Charter for Regional or Minority Languages...
. It has offices in 13 countries across Asia, Europe and the Americas and had total assets under management
Assets under management
Assets under management is a financial term used denote the market value of funds being managed by a financial instutition on behalf of its clients, investors, depositors, etc. This metric is a sign of size and success against competition...
of £12.7 billion as at 31 March 2011. It is organised into three investment divisions: Private Equity, Infrastructure and Debt Management.

The company was formed in 1945, as the Industrial and Commercial Finance Corporation (ICFC), by the Bank of England
Bank of England
The Bank of England is the central bank of the United Kingdom and the model on which most modern central banks have been based. Established in 1694, it is the second oldest central bank in the world...
and the major British banks to provide long term investment funding for small and medium-sized enterprises. Its foundation was inspired by the government, and resulted from the recognition in the 1930s, given new impetus in the postwar era, that smaller businesses faced a gap in available corporate finance due to banks being unwilling to provide long-term capital and the companies being too small to raise capital from the public markets.

During the 1950s and 1960s, and particularly after 1959 when the shareholder banks allowed it to raise external funds, ICFC expanded to become the largest provider of growth capital for unquoted companies in the United Kingdom. In 1973 ICFC acquired Finance Corporation for Industry, a sister company also formed in 1945 which focused on finance for large companies, and was renamed Finance for Industry (FFI). In the 1980s FFI became a leading provider of finance for management buyout
Management buyout
A management buyout is a form of acquisition where a company's existing managers acquire a large part or all of the company.- Overview :Management buyouts are similar in all major legal aspects to any other acquisition of a company...
s, and expanded internationally. In 1983 the company was renamed Investors in Industry, commonly known as 3i.
3i Group was created in 1987 when the banks sold off their stakes to form a public limited company. In 1994 the company was floated on the London Stock Exchange
London Stock Exchange
The London Stock Exchange is a stock exchange located in the City of London within the United Kingdom. , the Exchange had a market capitalisation of US$3.7495 trillion, making it the fourth-largest stock exchange in the world by this measurement...
with a market capitalisation of £1.5 billion. Until that time the company had only managed its own portfolio of investments, but in 1994 the company began managing funds for external investors. Since that time the company has continued its international expansion, making a number of acquisitions in Europe, Asia and the US.