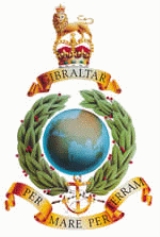 Encyclopedia
1 Assault Group Royal Marines (1AGRM) provides the Royal Marines
Royal Marines
The Corps of Her Majesty's Royal Marines, commonly just referred to as the Royal Marines , are the marine corps and amphibious infantry of the United Kingdom and, along with the Royal Navy and Royal Fleet Auxiliary, form the Naval Service...
expertise and training in small boat operations
Small boat operations
Small boat operations in military and naval warfare refers to operations in and around the littoral zone, within a certain distance of shore, carried out by small but fast and highly maneuverable crafts. In recent years small unmanned systems have been tested for use in this kind of warfare.The...
both amphibious
Amphibious warfare
Amphibious warfare is the use of naval firepower, logistics and strategy to project military power ashore. In previous eras it stood as the primary method of delivering troops to non-contiguous enemy-held terrain...
and riverine. In addition it trains and parents the Assault Squadrons of the Royal Marines (ASRM) and their Landing Craft
Landing craft
Landing craft are boats and seagoing vessels used to convey a landing force from the sea to the shore during an amphibious assault. Most renowned are those used to storm the beaches of Normandy, the Mediterranean, and many Pacific islands during WWII...
detachments. It is currently moving from Poole
Royal Marines Poole
Royal Marines Poole is a British naval base in Poole, England and is the centre for the Royal Marines and Royal Navy amphibious and riverine activities.-History:...
, Dorset
Dorset
Dorset , is a county in South West England on the English Channel coast. The county town is Dorchester which is situated in the south. The Hampshire towns of Bournemouth and Christchurch joined the county with the reorganisation of local government in 1974...
to Devonport
HMNB Devonport
Her Majesty's Naval Base Devonport , is one of three operating bases in the United Kingdom for the Royal Navy . HMNB Devonport is located in Devonport, in the west of the city of Plymouth in Devon, England...
, Plymouth
Plymouth
Plymouth is a city and unitary authority area on the coast of Devon, England, about south-west of London. It is built between the mouths of the rivers Plym to the east and Tamar to the west, where they join Plymouth Sound...
.

1 AGRM has its Headquarters in Devonport Naval Base Plymouth, with training being delivered at three sites:


In addition it is the parent unit (but does not have operational control), for the Assault Squadrons of the Royal Marines (ASRM):


Landing Craft Officer Qualifying course (LCOQ) is delivered to subalterns who opt to join the landing craft specialisation and prepares them for command of troops within the various squadrons or positions on the staff of Commander-in-Chief Fleet
Commander-in-Chief Fleet
Commander-in-Chief Fleet is the admiral responsible for the operation, resourcing and training of the ships, submarines and aircraft, and personnel, of the British Royal Navy...
or 3 Commando Brigade
3 Commando Brigade
3 Commando Brigade is a commando formation of the British Armed Forces and the main manoeuvre formation of the Royal Marines. Its personnel are predominantly Royal Marines, supported by units of Royal Engineers, Royal Artillery, The Rifles, and the Fleet Air Arm, together with other Commando...
.