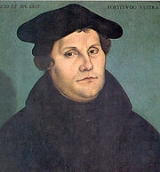 Quotations
Martin Luther was a German theologian, an Augustinian monk, and an ecclesiastical reformer whose teachings inspired the Reformation and deeply influenced the doctrines and culture of the Lutheran and Protestant traditions.