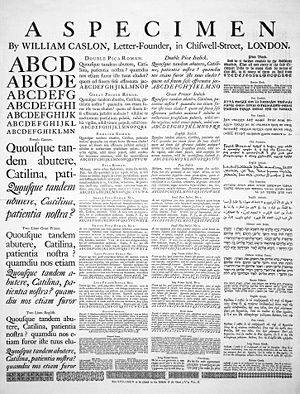 A written language is the representation of a language
Language
Language may refer either to the specifically human capacity for acquiring and using complex systems of communication, or to a specific instance of such a system of complex communication...
by means of a writing system
Writing system
A writing system is a symbolic system used to represent elements or statements expressible in language.-General properties:Writing systems are distinguished from other possible symbolic communication systems in that the reader must usually understand something of the associated spoken language to...
. Written language is an invention
Invention
An invention is a novel composition, device, or process. An invention may be derived from a pre-existing model or idea, or it could be independently conceived, in which case it may be a radical breakthrough. In addition, there is cultural invention, which is an innovative set of useful social...
in that it must be taught to children, who will instinctively learn or create spoken
Spoken language
Spoken language is a form of human communication in which words derived from a large vocabulary together with a diverse variety of names are uttered through or with the mouth. All words are made up from a limited set of vowels and consonants. The spoken words they make are stringed into...
or gestural
Sign language
A sign language is a language which, instead of acoustically conveyed sound patterns, uses visually transmitted sign patterns to convey meaning—simultaneously combining hand shapes, orientation and movement of the hands, arms or body, and facial expressions to fluidly express a speaker's...
languages.

Written languages change more slowly than corresponding spoken languages. When one or more registers
Register (linguistics)
In linguistics, a register is a variety of a language used for a particular purpose or in a particular social setting. For example, when speaking in a formal setting an English speaker may be more likely to adhere more closely to prescribed grammar, pronounce words ending in -ing with a velar nasal...
of a language come to be strongly divergent from spoken language, the resulting situation is called diglossia
Diglossia
In linguistics, diglossia refers to a situation in which two dialects or languages are used by a single language community. In addition to the community's everyday or vernacular language variety , a second, highly codified variety is used in certain situations such as literature, formal...
. However, such diglossia is often considered as one language, between literary language
Literary language
A literary language is a register of a language that is used in literary writing. This may also include liturgical writing. The difference between literary and non-literary forms is more marked in some languages than in others...
and other registers, especially if the writing system
Writing system
A writing system is a symbolic system used to represent elements or statements expressible in language.-General properties:Writing systems are distinguished from other possible symbolic communication systems in that the reader must usually understand something of the associated spoken language to...
reflects its pronunciation
Pronunciation
Pronunciation refers to the way a word or a language is spoken, or the manner in which someone utters a word. If one is said to have "correct pronunciation", then it refers to both within a particular dialect....
.

Native readers and writers of English
English language
English is a West Germanic language that arose in the Anglo-Saxon kingdoms of England and spread into what was to become south-east Scotland under the influence of the Anglian medieval kingdom of Northumbria...
are often unaware that the complexities of English spelling make written English a somewhat artificial construct. The traditional spelling of English, at least for inherited words, preserves a late Middle English
Middle English
Middle English is the stage in the history of the English language during the High and Late Middle Ages, or roughly during the four centuries between the late 11th and the late 15th century....
phonology
Phonology
Phonology is, broadly speaking, the subdiscipline of linguistics concerned with the sounds of language. That is, it is the systematic use of sound to encode meaning in any spoken human language, or the field of linguistics studying this use...
that is no one's speech dialect. The artificial preservation of this much earlier form of the language in writing might make much of what we write intelligible to Chaucer
Geoffrey Chaucer
Geoffrey Chaucer , known as the Father of English literature, is widely considered the greatest English poet of the Middle Ages and was the first poet to have been buried in Poet's Corner of Westminster Abbey...
(1343–1400), even if we could not understand his speech.

Written Language refers to communication in its written form - most commonly in the forms of reading and writing. However we are in a need for oral language; speaking and listening skills are acquired naturally by young children remarkably without the need for having to teach them. Language in its written form has become a process that is required in our oral language rules and must be clearly taught. There are many languages in our world that exist, but do not have a written form.

As literacy skills become known, oral and written language are closely intertwined. Therapy to work on language delay
Language delay
Language delay is a failure to develop language abilities on the usual developmental timetable. Language delay is distinct from speech delay, in which the speech mechanism itself is the focus of delay...
s and disorders is often done in combination with reading and writing activities. Increased awareness and understanding of how sounds and letters relate to one another can have a mutual effect on a child's communication skills. As children develop an understanding of written language and begin to read and write, it is clear that they acquire much of their new vocabulary through reading. Written language is more complex than oral language, so it is clear that children who read more can develop a more sophisticated language ability of understanding. (Casey Mulligan Walsh, M.S., CCC-SLP)