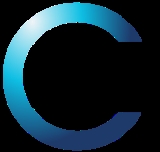 The IUCN supports scientific research, manages field projects all over the world and brings governments, non-government organizations, United Nations agencies, companies and local communities together to develop and implement policy, laws and best practice.
IUCN is the world’s oldest and largest global environmental network - a democratic membership union with more than 1,000 government and NGO member organizations, and almost 11,000 volunteer scientists in more than 160 countries.
IUCN’s work is supported by more than 1,000 professional staff in 60 offices and hundreds of partners in public, NGO and private sectors around the world. The Union’s headquarters are located in Gland
Gland, Switzerland
Gland is a municipality in the district of Nyon in the canton of Vaud in Switzerland.-History:Gland is known to have been a prehistoric settlement. During the Roman period a farm called Villa Glanis was there...
, near Geneva
Geneva
Geneva In the national languages of Switzerland the city is known as Genf , Ginevra and Genevra is the second-most-populous city in Switzerland and is the most populous city of Romandie, the French-speaking part of Switzerland...
, Switzerland.

IUCN's stated vision is "a just world that values and conserves nature." Its mission is to "influence, encourage and assist societies throughout the world to conserve the integrity and biodiversity
Biodiversity
Biodiversity is the degree of variation of life forms within a given ecosystem, biome, or an entire planet. Biodiversity is a measure of the health of ecosystems. Biodiversity is in part a function of climate. In terrestrial habitats, tropical regions are typically rich whereas polar regions...
of nature and to ensure that any use of natural resources is equitable and ecologically sustainable."

The first Director General of UNESCO
UNESCO
The United Nations Educational, Scientific and Cultural Organization is a specialized agency of the United Nations...
, (Sir Julian Huxley
Julian Huxley
Sir Julian Sorell Huxley FRS was an English evolutionary biologist, humanist and internationalist. He was a proponent of natural selection, and a leading figure in the mid-twentieth century evolutionary synthesis...
), wishing to give UNESCO a more scientific base, sponsored a congress to establish a new environmental institution to help serve this purpose.

At that first congress (held at Fontainebleau
Fontainebleau
Fontainebleau is a commune in the metropolitan area of Paris, France. It is located south-southeast of the centre of Paris. Fontainebleau is a sub-prefecture of the Seine-et-Marne department, and it is the seat of the arrondissement of Fontainebleau...
, France
France
The French Republic , The French Republic , The French Republic , (commonly known as France , is a unitary semi-presidential republic in Western Europe with several overseas territories and islands located on other continents and in the Indian, Pacific, and Atlantic oceans. Metropolitan France...
), on 5 October 1948, 18 governments, 7 international organizations, and 107 national nature conservation organizations all agreed to form the institution and signed a "constitutive act" creating an International Union for the Protection of Nature.

From this beginning, the overriding strategy and policy of the institution has been to explore and promote mutually beneficial conservation arrangements that suit those promoting development as well as assisting people and nations to better preserve their flora
Flora
Flora is the plant life occurring in a particular region or time, generally the naturally occurring or indigenous—native plant life. The corresponding term for animals is fauna.-Etymology:...
and fauna
Fauna
Fauna or faunæ is all of the animal life of any particular region or time. The corresponding term for plants is flora.Zoologists and paleontologists use fauna to refer to a typical collection of animals found in a specific time or place, e.g. the "Sonoran Desert fauna" or the "Burgess shale fauna"...
. When approached in 1978 by primatologist Richard Wrangham
Richard Wrangham
Richard W. Wrangham is a British primatologist. He is the Ruth Moore Professor of Biological Anthropology at Harvard University and his research group is now part of the newly established Department of Human Evolutionary Biology....
to contribute funds to the new Digit Fund
Digit Fund
The Digit Fund was created by Dr. Dian Fossey in 1978 for the sole purpose of financing her anti-poaching patrols and preventing further poaching of the endangered mountain gorillas Fossey studied at her Karisoke Research Center in the Virunga Volcanoes of Rwanda...
to prevent further poaching of mountain gorilla
Mountain Gorilla
The Mountain Gorilla is one of the two subspecies of the Eastern Gorilla. There are two populations. One is found in the Virunga volcanic mountains of Central Africa, within three National Parks: Mgahinga, in south-west Uganda; Volcanoes, in north-west Rwanda; and Virunga in the eastern Democratic...
s near Dian Fossey
Dian Fossey
Dian Fossey was an American zoologist who undertook an extensive study of gorilla groups over a period of 18 years. She studied them daily in the mountain forests of Rwanda, initially encouraged to work there by famous anthropologist Louis Leakey...
's Karisoke Research Station in Rwanda
Rwanda
Rwanda or , officially the Republic of Rwanda , is a country in central and eastern Africa with a population of approximately 11.4 million . Rwanda is located a few degrees south of the Equator, and is bordered by Uganda, Tanzania, Burundi and the Democratic Republic of the Congo...
, the International Union for Conservation of Nature declined to provide funds to the cause. Instead, the IUCN supported opening the Virunga Volcanoes to tourism
Tourism
Tourism is travel for recreational, leisure or business purposes. The World Tourism Organization defines tourists as people "traveling to and staying in places outside their usual environment for not more than one consecutive year for leisure, business and other purposes".Tourism has become a...
as a way to encourage the Rwandan government to preserve the gorillas.

At all times, the institution (in all its forms) has heavily emphasized as a key operating principle the strong need to cater to and address the needs of local nations, communities and peoples, so that those nations, communities and peoples can take ownership of future, long term conservation goals and objectivess in their local areas:
The IUCN's World Conservation Strategy (1980) was founded upon this kind of principle, and clearly announced the IUCN's ambitions to more effectively enter into dialogue with the promoters of human development. The strategy was internationally applauded by many and served to secure the IUCN funds from several donors who did not themselves feel they could open up effective dialogue in the world's developing countries
Developing country
A developing country, also known as a less-developed country, is a nation with a low level of material well-being. Since no single definition of the term developing country is recognized internationally, the levels of development may vary widely within so-called developing countries...
, nor that United Nations organizations and international banks would effectively engage in such dialogue.

Since the World Conservation Strategy and the dawn of the sustainable development
Sustainable development
Sustainable development is a pattern of resource use, that aims to meet human needs while preserving the environment so that these needs can be met not only in the present, but also for generations to come...
era, however, these goals have come to sit uneasily with attempts by institutions such as The World Bank to "mainstream the environment." This has led to pressure from more powerful institutions, such as The Bank itself as well as the UNDP and UNEP, to help promote the expansion of the free-market onto the environment, re-named "natural resources," thus giving wealthy investors and multinationals the right to purchase rights to things previously considered intangible and common property, such as water, genetic resources, and the right to pollute the atmosphere.

With the pre-eminence of the concept of sustainable development, the IUCN has expanded into many of the nations around the world, making available the services of a large pool of mainly voluntary specialists, providing local level advice and conservation services, and expanding its networks of Committees and regional advisory bodies into increasing numbers of countries. It remains to be seen how well the IUCN will be able to reconcile its founding ideals with the pressures of incorporation into the development institutions.

Some key dates in the growth and development of this organization include:

The Union has three components: its member organizations, its 6 scientific commissions, and its professional secretariat.

The Union unites both States and non-governmental organizations. They set the policies of the Union, define its global programme of work and elect its Council (comparable to a company board) at the IUCN World Conservation Congress. Member organizations organize themselves into National and Regional Committees.

There are six commissions that "assess the state of the world’s natural resources and provide the Union with sound know-how and policy advice on conservation issues":

IUCN Species Survival Commission (SSC): SSC advises the Union on the technical aspects of species conservation and mobilizes action for those species that are threatened with extinction
Extinction
In biology and ecology, extinction is the end of an organism or of a group of organisms , normally a species. The moment of extinction is generally considered to be the death of the last individual of the species, although the capacity to breed and recover may have been lost before this point...
. It produces the IUCN Red List of Threatened Species. , SSC's members include 7500 species and biodiversity specialists worldwide, organized under Chairman Simon Stuart.

IUCN World Commission on Protected Areas (WCPA): WCPA's mission is to promote the establishment and effective management of a world-wide representative network of terrestrial and marine protected areas. Membership consists of 1400, spanning 140 countries and is led by Chairman Nikita Lopoukhine.

The IUCN is also the governing body responsible for the development the Management Categories
IUCN Protected Area Management Categories
The enlisting of protected areas is the fundamental strategy being used towards the conservation of the world's natural environment and biodiversity...
into which each Protected Area is divided, depending on its conservation requirements and management aims.

The members and commissions work together with a professional secretariat consisting of over 1,000 people in more than 60 different countries. Julia Marton-Lefèvre
Julia Marton-Lefèvre
Julia Marton-Lefèvre is Director General of IUCN the world’s largest conservation/environment membership organization which brings together states, government agencies, non-governmental organizations, scientists and experts in a unique worldwide partnership...
, a global expert and leader in development and conservation, has been its Director General since 2 January 2007.

Conserving biodiversity
Biodiversity
Biodiversity is the degree of variation of life forms within a given ecosystem, biome, or an entire planet. Biodiversity is a measure of the health of ecosystems. Biodiversity is in part a function of climate. In terrestrial habitats, tropical regions are typically rich whereas polar regions...
and ensuring that any use of biological resources is sustainable are central to the mission of IUCN. The IUCN demonstrate how biodiversity is fundamental to addressing some of the world’s greatest challenges: tackling global warming
Global warming
Global warming refers to the rising average temperature of Earth's atmosphere and oceans and its projected continuation. In the last 100 years, Earth's average surface temperature increased by about with about two thirds of the increase occurring over just the last three decades...
, achieving sustainable energy
Sustainable energy
Sustainable energy is the provision of energy that meets the needs of the present without compromising the ability of future generations to meet their needs. Sustainable energy sources include all renewable energy sources, such as hydroelectricity, solar energy, wind energy, wave power, geothermal...
, improving human well-being and building a green economy
Green economy
A green economy is one that results in improved human well-being and social equity, while significantly reducing environmental risks and ecological scarcities - United Nations Environment Programme...
.

IUCN gathers the latest knowledge about biodiversity and ecosystems and their contribution to human well-being; runs field projects around the world to better manage our natural environment and helps to develop environmental policy, laws and best practice.

IUCN helps governments understand that nature conservation and the well-being of their people are inextricably linked.

Among the IUCN key products and services, it has produced and continues to maintain and monitor:

IUCN has one of the world’s most comprehensive ranges of authoritative publications, reports, guidelines and databases for conservation and sustainable development. They publish or co-author more than 150 books and major assessments every year, along with hundreds of other reports, documents and guidelines.