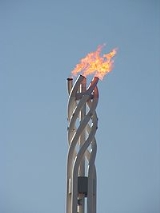 The Winter Games have evolved since their inception.

I seem to remember watching an Olympic luge competition some years ago in which the contestant was Chinese or Taiwanese and had only been training for...

Is there a photo of the olympic national ski patrol from the Squaw Valley winter 1960 olympics?
More
x