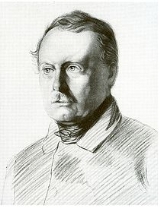 Encyclopedia
William I was the second King of Württemberg from October 30, 1816 until his death. 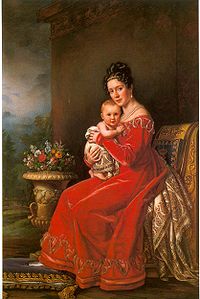 By his third wife, he had three children:

At the Schlossplatz at the center of Stuttgart
Stuttgart
Stuttgart is the capital of the state of Baden-Württemberg in southern Germany. The sixth-largest city in Germany, Stuttgart has a population of 600,038 while the metropolitan area has a population of 5.3 million ....
there remains a tall monument erected in 1841 to mark the 25th anniversary of William I s rule. The bas-relief at the base shows the king sitting in a throne leaning upon lions, holding a sword in one hand and a scroll in the other. and being cheered by gathered soldiers and notables. 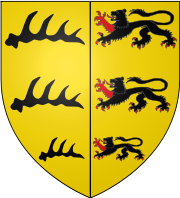