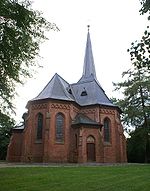 Most of the information about him comes from the writings on the life of Otto of Bamberg
Otto of Bamberg
Saint Otto of Bamberg was a medieval German bishop and missionary who, as papal legate, converted much of Pomerania to Christianity.-Life:Otto was born into a noble family in Mistelbach, Franconia...
. He was most likely born around the turn of the twelfth century. Early in life he was probably a "crypto-Christian", after being baptized while a prisoner of the Saxons
Saxons
The Saxons were a confederation of Germanic tribes originating on the North German plain. The Saxons earliest known area of settlement is Northern Albingia, an area approximately that of modern Holstein...
, because he wanted to hide his new religion from his still pagan subjects. Around 1119 or 1121 Wartislaw was defeated in the Battle of Nakło by Bolesław III Wrymouth, the Duke of Poland
Poland
Poland , officially the Republic of Poland , is a country in Central Europe bordered by Germany to the west; the Czech Republic and Slovakia to the south; Ukraine, Belarus and Lithuania to the east; and the Baltic Sea and Kaliningrad Oblast, a Russian exclave, to the north...
, to whom he became a vassal
Vassal
A vassal or feudatory is a person who has entered into a mutual obligation to a lord or monarch in the context of the feudal system in medieval Europe. The obligations often included military support and mutual protection, in exchange for certain privileges, usually including the grant of land held...
sometime between 1120 and 1123. He agreed to pay tribute to Bolesław, as well as to Christianize Pomerania. To that effect, he, along with Bolesław, backed Otto of Bamberg in his successful Conversion of Pomerania
Conversion of Pomerania
Medieval Pomerania was converted from Slavic paganism to Christianity by Otto von Bamberg in 1124 and 1128 , and in 1168 by Absalon .Earlier attempts, undertaken since the 10th century, failed or were short-lived...
. By 1124 his residence was in Kamień Pomorski
Kamien Pomorski
Kamień Pomorski is a town in the West Pomeranian Voivodeship of northwestern Poland. The capital of Kamień County, the town had 9,129 inhabitants as of June 30, 2008.- History :...
(Kamminn).

The last time he is mentioned explicitly in chronicles is by Saxo Grammaticus
Saxo Grammaticus
Saxo Grammaticus also known as Saxo cognomine Longus was a Danish historian, thought to have been a secular clerk or secretary to Absalon, Archbishop of Lund, foremost advisor to Valdemar I of Denmark. He is the author of the first full history of Denmark.- Life :The Jutland Chronicle gives...
who describes a joint Polish-Danish expedition against Wartislaw around 1129/1130, which was directed at the islands of Wolin
Wolin
Wolin is the name both of an island in the Baltic Sea, just off the Polish coast, and a town on that island. It is separated from the island of Usedom by the Świna river, and from mainland Pomerania by the Dziwna river...
and Uznam. The Danish King
Monarchy of Denmark
The monarchy in Denmark is the constitutional monarchy of the Kingdom of Denmark, which includes Denmark, Greenland and the Faroe Islands.As a constitutional monarch, the Queen is limited to non-partisan, ceremonial functions...
Niels
Niels of Denmark
Niels of Denmark was King of Denmark from 1104 to 1134, following his brother Eric Evergood, and is presumed to have been the youngest son of king Sweyn II Estridson. Niels actively supported the canonization of Canute IV the Holy, and his secular rule was supported by the clergy...
is supposed to have taken him prisoner but released later after the intervention of "King of the Obotrites
Obotrites
The Obotrites , also commonly known as the Obodrites, Abotrites, or Abodrites, were a confederation of medieval West Slavic tribes within the territory of modern Mecklenburg and Holstein in northern Germany . For decades they were allies of Charlemagne in his wars against Germanic Saxons and Slavic...
" Canute Lavard
Canute Lavard
Canute Lavard was a Danish prince. Later he was the first Duke of Schleswig and the first border prince who was both a Danish and a German vassal, a position leafing towards the historical double position of Southern Jutland...
.

The author of the chronicles of Otto does not give the name of Wartislaw's wife, only that she was a Christian. Otto also forced Wartislaw to send home his previous 24 wives and concubines before he could marry her. The Pomeranian chronicler Thomas Kantzow
Thomas Kantzow
Thomas Kantzow was a chronicler in the Duchy of Pomerania. He studied at the universities of Rostock and Wittenberg, and was a secretary of the Pomeranian dukes. His manuscripts, rediscovered in 1729, 1832 and 1973, are written in Low German and Standard German language, and were printed in the...
, writing almost four hundred years later, states that Wartislaw was married to a Heila from Saxony
Duchy of Saxony
The medieval Duchy of Saxony was a late Early Middle Ages "Carolingian stem duchy" covering the greater part of Northern Germany. It covered the area of the modern German states of Bremen, Hamburg, Lower Saxony, North Rhine-Westphalia, and Saxony-Anhalt and most of Schleswig-Holstein...
. She is supposed to have died in 1128 and the following year the Duke married Ida, the daughter of Niels of Denmark or of Canute Lavard (Kanztow changed his chronicles in subsequent editions in this respect). However, the names and origins of both supposed wives have been questioned by later historians. Edward Rymar argues that if Wartislaw had indeed been married to a German princess then sources such as the life of Otto would have surely mentioned that fact. Rymar hypothesizes instead that Wartislaw's wife was probably from the Ruthenian
Ruthenian
Ruthenian may refer to:*Ruthenia, a name applied to various parts of Eastern Europe*Ruthenians, a historic ethnic group*Ruthenian Catholic Church, the sui iuris particular church united to the Bishop of Rome and the Roman Catholic Church...
Rurik dynasty
Rurik Dynasty
The Rurik dynasty or Rurikids was a dynasty founded by the Varangian prince Rurik, who established himself in Novgorod around the year 862 AD...
.