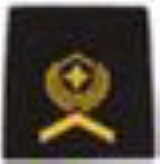 Encyclopedia
Wachtmeister was a German
Germany
Germany , officially the Federal Republic of Germany , is a federal parliamentary republic in Europe. The country consists of 16 states while the capital and largest city is Berlin. Germany covers an area of 357,021 km2 and has a largely temperate seasonal climate...
, Austria
Austria
Austria , officially the Republic of Austria , is a landlocked country of roughly 8.4 million people in Central Europe. It is bordered by the Czech Republic and Germany to the north, Slovakia and Hungary to the east, Slovenia and Italy to the south, and Switzerland and Liechtenstein to the...
n and Swiss
Switzerland
Switzerland name of one of the Swiss cantons. ; ; ; or ), in its full name the Swiss Confederation , is a federal republic consisting of 26 cantons, with Bern as the seat of the federal authorities. The country is situated in Western Europe,Or Central Europe depending on the definition....
military rank
Military rank
Military rank is a system of hierarchical relationships in armed forces or civil institutions organized along military lines. Usually, uniforms denote the bearer's rank by particular insignia affixed to the uniforms...
of non-commissioned officers. It was also adopted into Russian Army
Imperial Russian Army
The Imperial Russian Army was the land armed force of the Russian Empire, active from around 1721 to the Russian Revolution of 1917. In the early 1850s, the Russian army consisted of around 938,731 regular soldiers and 245,850 irregulars . Until the time of military reform of Dmitry Milyutin in...
vakhmistr (ва́хмистр) and was used as Sergeant
Sergeant
Sergeant is a rank used in some form by most militaries, police forces, and other uniformed organizations around the world. Its origins are the Latin serviens, "one who serves", through the French term Sergent....
-grade rank in cavalry
Cavalry
Cavalry or horsemen were soldiers or warriors who fought mounted on horseback. Cavalry were historically the third oldest and the most mobile of the combat arms...
(until 1826), then Special Corps of Gendarmes
Special Corps of Gendarmes
The Special Corps of Gendarmes was the uniformed security police of the Russian Empire in the 19th and early 20th centuries. Its main responsibilities were law enforcement and state security....
and Cossack cavalry
Cossack host
A Cossack host or Cossack viysko was an administrative subdivision of Cossacks in Imperial Russia...
and Cossack
Cossack
Cossacks are a group of predominantly East Slavic people who originally were members of democratic, semi-military communities in what is today Ukraine and Southern Russia inhabiting sparsely populated areas and islands in the lower Dnieper and Don basins and who played an important role in the...
Leib Guard units. Also, the Polish army used the rank Wachmistrz as a cavalry-specific title for Sergeant. This was similar to calling cavalry Captains Rittmeister
Rittmeister
Rotamaster was the military rank of a commissioned cavalry officer in charge of a squadron , the equivalent of O3 or Captain, in the German-speaking armies, Austro-Hungarian, Polish-Lithuanian, Russian and some other states.The exact name of this rank maintains a variety of spellings in different...
(Ger.) or Rotmistrz (Pol.).

Wachtmeister was also a German police
Police
The police is a personification of the state designated to put in practice the enforced law, protect property and reduce civil disorder in civilian matters. Their powers include the legitimized use of force...
rank. The rank of Wachtmeister was used in Germany and Austria, up to and including the Second World War, where it was a cavalry and artillery rank equating to a Sergeant-major (a Feldwebel
Feldwebel
Feldwebel is a German military rank which has existed since at least the 18th century with usage as a title dating to the Middle Ages. The word Feldwebel is usually translated as sergeant being rated OR-6 in the NATO rank comparison scale, equivalent to the British Army Sergeant and the US Army...
in the infantry). The rank continued in East Germany until 1970. The rank is used in Austria and Switzerland in the present day. In the German navy, the term is the equivalent to a Kompaniefeldwebel or Hauptfeldwebel
Hauptfeldwebel
In the German military, the appointment of Hauptfeldwebel was the German equivalent of a Commonwealth Company Sergeant Major or American Company First Sergeant. There was one such non-commissioned officer in every infantry company, artillery battery, cavalry squadron, etc...
as the senior NCO aboard a Ship, usually tasked with administration.

In old German Universities Wachtmeister was a kind of doorman or caretaker. He stood in the classroom and kept everything in order. He also collected fees from students and sometime released students from fees if lecturer (Privat dozent) deviated from the topic of lecture.
The source of this article is wikipedia, the free encyclopedia.  The text of this article is licensed under the GFDL.