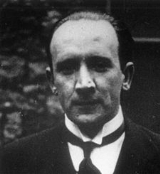 The office of Vice President of the Executive Council was established with the establishment of the Free State in 1922. Neither of the two administrations that preceded the Free State, the Ministry
Aireacht
The Aireacht or Ministry was the cabinet of the 1919–1922 Irish Republic. The Ministry was originally established by the Dáil Constitution adopted by the First Dáil in 1919, after it issued the Irish Declaration of Independence...
of the Irish Republic
Irish Republic
The Irish Republic was a revolutionary state that declared its independence from Great Britain in January 1919. It established a legislature , a government , a court system and a police force...
and the Provisional Government of Southern Ireland
Southern Ireland
Southern Ireland was a short-lived autonomous region of the United Kingdom established on 3 May 1921 and dissolved on 6 December 1922.Southern Ireland was established under the Government of Ireland Act 1920 together with its sister region, Northern Ireland...
, included an office corresponding to deputy prime minister. In 1937, when the new Constitution of Ireland
Constitution of Ireland
The Constitution of Ireland is the fundamental law of the Irish state. The constitution falls broadly within the liberal democratic tradition. It establishes an independent state based on a system of representative democracy and guarantees certain fundamental rights, along with a popularly elected...
came into force, the office of Vice-President of the Executive Council was replaced with that of Tánaiste
Tánaiste
The Tánaiste is the deputy prime minister of Ireland. The current Tánaiste is Eamon Gilmore, TD who was appointed on 9 March 2011.- Origins and etymology :...
.