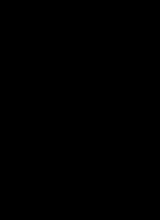 Encyclopedia
Velars are consonant
Consonant
In articulatory phonetics, a consonant is a speech sound that is articulated with complete or partial closure of the vocal tract. Examples are , pronounced with the lips; , pronounced with the front of the tongue; , pronounced with the back of the tongue; , pronounced in the throat; and ,...
s articulated with the back part of the tongue (the dorsum
Dorsum (biology)
In anatomy, the dorsum is the upper side of animals that typically run, fly, or swim in a horizontal position, and the back side of animals that walk upright. In vertebrates the dorsum contains the backbone. The term dorsal refers to anatomical structures that are either situated toward or grow...
)
against the soft palate, the back part of the roof of the mouth, known also as the velum
Soft palate
The soft palate is the soft tissue constituting the back of the roof of the mouth. The soft palate is distinguished from the hard palate at the front of the mouth in that it does not contain bone....
).

Since the velar region of the roof of the mouth is relatively extensive and the movements of the dorsum
are not very precise, velars easily undergo assimilation
Assimilation (linguistics)
Assimilation is a common phonological process by which the sound of the ending of one word blends into the sound of the beginning of the following word. This occurs when the parts of the mouth and vocal cords start to form the beginning sounds of the next word before the last sound has been...
, shifting their articulation back or to the front
depending on the quality of adjacent vowels. They often become automatically fronted, that is partly or completely palatal
Palatal consonant
Palatal consonants are consonants articulated with the body of the tongue raised against the hard palate...
before a following front vowel, and retracted before back vowels.

Palatalised
Palatalization
In linguistics, palatalization , also palatization, may refer to two different processes by which a sound, usually a consonant, comes to be produced with the tongue in a position in the mouth near the palate....
velars (like English /k/ in keen or cube) are sometimes referred to as palatovelars.
Many languages also have labialized velars, such as [kʷ], in which the articulation is accompanied by rounding of the lips. There are also labial-velar consonant
Labial-velar consonant
Labial–velar consonants are doubly articulated at the velum and the lips. They are sometimes called "labiovelar consonants", a term that can also refer to labialized velars, such as and the approximant ....
s, which are doubly articulated at the velum and at the lips, such as [k͡p]. This distinction disappears with the approximant [w], since labialization involves adding of a labial approximant articulation to a sound, and this ambiguous situation is often called labiovelar.


A velar trill
Trill consonant
In phonetics, a trill is a consonantal sound produced by vibrations between the articulator and the place of articulation. Standard Spanish <rr> as in perro is an alveolar trill, while in Parisian French it is almost always uvular....
or tap
Flap consonant
In phonetics, a flap or tap is a type of consonantal sound, which is produced with a single contraction of the muscles so that one articulator is thrown against another.-Contrast with stops and trills:...
is not possible - see the shaded boxes on the consonant table at the bottom. In the velar position the tongue has an extremely restricted ability to carry out the type of motion associated with trills or taps. Nor does the body of the tongue have the freedom to move quickly enough to produce a velar trill or flap.

The velar consonant [k] is the most common consonant in human languages. The only languages recorded to lack velars—indeed, to lack any dorsal consonant at all—may be Xavante
Xavante language
The Xavante language is a Ge language spoken by the Xavante people in about 170 villages in the area surrounding Eastern Mato Grosso, Brazil. The Xavante language is unusual in its phonology, its object–subject–verb word order, and its use of honorary and endearment terms in its...
and Tahitian
Tahitian language
Tahitian is an indigenous language spoken mainly in the Society Islands in French Polynesia. It is an Eastern Polynesian language closely related to the other indigenous languages spoken in French Polynesia: Marquesan, Tuamotuan, Mangarevan, and Austral Islands languages...
. However, there are other languages that lack simple velars. An areal feature of the Pacific Northwest
Pacific Northwest
The Pacific Northwest is a region in northwestern North America, bounded by the Pacific Ocean to the west and, loosely, by the Rocky Mountains on the east. Definitions of the region vary and there is no commonly agreed upon boundary, even among Pacific Northwesterners. A common concept of the...
coast is that historical *k has become palatalized in many languages, in many languages becoming [kʲ], but, in others, such as Saanich, Salish, and Chemakun becoming [tʃ]. (Likewise, historical *k’ has become [tʃʼ] and historical *x has become [ʃ]; there was no *g or *ŋ.) However, all three languages retain a labiovelar series [kʷ], [kʼʷ], [xʷ], [w], as well as a uvular series
Uvular consonant
Uvulars are consonants articulated with the back of the tongue against or near the uvula, that is, further back in the mouth than velar consonants. Uvulars may be plosives, fricatives, nasal stops, trills, or approximants, though the IPA does not provide a separate symbol for the approximant, and...
.

Apart from [ɡ], none of the other velars are particularly common, not even [w] and [ŋ], which occur in English. Of course, [ɡ] does not occur in languages that lack voiced stops, like Mandarin Chinese, but it is sporadically missing elsewhere. Of the languages surveyed in the World Atlas of Language Structures, about 10% of languages that otherwise have [p b t d k], such as Modern Standard Arabic
Literary Arabic
Modern Standard Arabic , Standard Arabic, or Literary Arabic is the standard and literary variety of Arabic used in writing and in most formal speech....
, are missing [ɡ].

The Pirahã language
Pirahã language
Pirahã is a language spoken by the Pirahã. The Pirahã are an indigenous people of Amazonas, Brazil, living along the Maici River, a tributary of the Amazon....
has both a [k] and a [ɡ] phonetically. However, the [k] does not behave as other consonants, and the argument has been made that it is phonemically /hi/, leaving Pirahã with only [ɡ] as an underlyingly velar consonant. Hawaiian
Hawaiian language
The Hawaiian language is a Polynesian language that takes its name from Hawaii, the largest island in the tropical North Pacific archipelago where it developed. Hawaiian, along with English, is an official language of the state of Hawaii...
does not distinguish [k] from [t]; the sound spelled k tends toward [k] at the beginnings of utterances, [t] before [i], and is variable elsewhere, especially in the dialect of Niihau and Kauai. Since Hawaiian has no [ŋ], and w similarly varies between [w] and labial [v], it is not clear that it is meaningful to say that Hawaiian has velar consonants.
The source of this article is wikipedia, the free encyclopedia.  The text of this article is licensed under the GFDL.