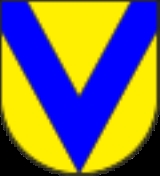 Valchava has a population of 203, of which 3.4% are foreign nationals. Over the last 10 years the population has decreased at a rate of -12%.