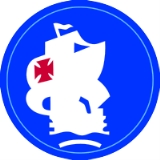 The stated mission of U.S. Army South is to conduct Operations and Theater Security Cooperation to detect, deter and disrupt transnational threats in order to protect the United States of America and to enhance Hemispheric security.

With the active support and encouragement of the United States, Panama declared its independence from Colombia
Colombia
Colombia, officially the Republic of Colombia , is a unitary constitutional republic comprising thirty-two departments. The country is located in northwestern South America, bordered to the east by Venezuela and Brazil; to the south by Ecuador and Peru; to the north by the Caribbean Sea; to the...
on 3 Nov. 1903 and that same month, the United States received the right to build and administer the Panama Canal
Panama Canal
The Panama Canal is a ship canal in Panama that joins the Atlantic Ocean and the Pacific Ocean and is a key conduit for international maritime trade. Built from 1904 to 1914, the canal has seen annual traffic rise from about 1,000 ships early on to 14,702 vessels measuring a total of 309.6...
.

On 8 Mar. 1904, President Theodore Roosevelt
Theodore Roosevelt
Theodore "Teddy" Roosevelt was the 26th President of the United States . He is noted for his exuberant personality, range of interests and achievements, and his leadership of the Progressive Movement, as well as his "cowboy" persona and robust masculinity...
appointed an Isthmian Canal Commission (ICC), composed primarily of Army officers, to govern the Canal Zone and to report directly to the Secretary of War.

In 1907, President Roosevelt appointed Army Lt. Col. George W. Goethals to the post of Chief Engineer of the ICC, officially turning construction of the Canal into a military project. To more adequately protect the Canal from external threats, the Army conducted an on-site survey in 1910 and began building defensive fortifications in 1911—to include Fort De Lesseps, Fort Randolph
Fort Randolph (Panama)
Fort Randolph was a Coast Artillery Corps fort built to defend the northern end of the Panama canal in conjunction with Fort Sherman.-History:...
, and Fort Sherman
Fort Sherman
Fort Sherman is a former United States Army base located on Toro Point at the Atlantic end of the Panama Canal, on the western bank of the Canal directly opposite Colón . It was the primary defensive base for the Atlantic sector of the Canal, and was also the center for US jungle warfare training...
on the Atlantic side, and Fort Amador
Fort Amador
Fort Amador and Fort Grant were former United States Army bases protecting the Pacific end of the Panama Canal at the Panama Bay. Amador was the primary on-land site, lying below the Bridge of the Americas. Grant consisted of a series of islands lying just offshore, some connected to Amador via a...
and Grant on the Pacific side. On 4 Oct. 1911, a regiment of the U.S. Army 10th Infantry arrived at Camp E.S. Otis, on the Pacific side of the isthmus. They would form the nucleus of a mobile force that grew to include other infantry, cavalry, engineer, signal, and field artillery units, as well as a Marine battalion that had protected the Canal since 1904. Together these troops, under the control of the ICC, were known as the Panama Canal Guard.

On 1 July 1917, the Panama Canal Department was established as a separate geographic command with headquarters at Quarry Heights. Units included the 19th Brigade, composed of the 14th and 33rd Infantry
33rd Infantry Regiment (United States)
The 33rd Infantry Regiment was an American unit stationed in the Panama Canal Zone and Caribbean from 1916-1956. Though providing troops for various other American military formations, the Regiment had no battle honours of its own.-History:...
, the 42nd Field Artillery, the 11th Engineers, and special troops.

In the late thirties, events in Europe and technological developments, such as the aircraft carrier and long-range bombers, caused construction of more modern defenses, including a network of roads, and Albrook Field. By 1939, the military strength in the Canal Zone was about 14,000 and by early 1940, the troop strength rose to almost 28,000. In January 1943, the troop strength peaked at just over 67,000, as the Coastal Defense Network grew to include machine guns, barrage balloons, and smoke machines protected the Canal's locks. Army aircraft patrolled the Caribbean Sea searching for enemy German submarines.

Once the allies prevailed in Europe, the Army command was re-designated the United States Army Caribbean on 15 November 1947, following inactivation of the Caribbean Defense Command and reorganization of the Army, Navy, and Air Force (now an independent service) in the Canal Zone under the newly activated United States Army Caribbean. Meanwhile, 960 jungle-trained officers and enlisted men from the CDC deployed to New Caledonia in the southwest Pacific to help form the 5307th Composite Unit (Provisional), codenamed Galahad and later nicknamed “Merrill’s Marauders” for its famous exploits in Burma.

In December 1946, President Harry Truman approved a comprehensive system of military commands that put responsibility for military operations in various geographical areas in the hands of a single commander. Thus was the principle of unified commands established and the U.S. Caribbean Command was designated on 1 Nov. 1947.

On 15 Nov. 1947, the Panama Canal Department became U.S. Army Caribbean, headquartered at Fort Amador. One of its primary missions, from 1951 to 1999, was the task of "keeping jungle warfare alive in the Army." Fort Sherman became the home for USARCARIB’s Jungle Warfare Training Center (JWTC), which ran up to ten three-week courses per year. Many Soldiers destined for Southeast Asia during the Vietnam War first received their jungle training at Fort Sherman.

During the 1970s, the troop strengths averaged between 10,000 and 14,000 soldiers. Implementation of the Panama Canal Treaties of 1977
Torrijos-Carter Treaties
The Torrijos–Carter Treaties are two treaties signed by the United States and Panama in Washington, D.C., on September 7, 1977, which abrogated the Hay-Bunau Varilla Treaty of 1903...
on 1 October 1979, brought with it the following changes: a new arrangement for the defense of the Panama Canal; the disestablishment of the Canal Zone; a change in designation for the brigade to 193rd Infantry Brigade
193rd Infantry Brigade (United States)
The 193rd Infantry Brigade is a United States Army infantry brigade, which was originally constituted in the Army's organized reserves on 24 June 1922 as Headquarters and Headquarters Company, 193rd Infantry Brigade and assigned to the 97th Division. The brigade was reorganized and reconstituted in...
(Panama), resulting in the beginning of the process of reorganizing from a heavy to a light infantry brigade; and a headquarters move from Fort Amador
Fort Amador
Fort Amador and Fort Grant were former United States Army bases protecting the Pacific end of the Panama Canal at the Panama Bay. Amador was the primary on-land site, lying below the Bridge of the Americas. Grant consisted of a series of islands lying just offshore, some connected to Amador via a...
to Fort Clayton
Fort Clayton
Fort Clayton was a United States Army base in the former Panama Canal Zone, later part of the Republic of Panama. Fort Clayton was located northwest of Balboa, Panama, with the Panama Canal located nearby. It closed in 1999 pursuant to the Torrijos-Carter Treaties...
.

On 4 December 1986, the United States Army South was activated as a Major Army Command and the Army component of United States Southern Command, with Headquarters at Building 95, Fort Clayton.

As part of a Unified Command Plan change, United States Southern Command also assumed geographic responsibility for U.S. military forces operating in the Caribbean Basin and the Gulf of Mexico on 1 June 1997. Within this framework, United States Army South's geographical area of responsibility expanded to include the territory of 31 sovereign nations and 11 dependencies throughout all of Latin America and the Caribbean, except Mexico. In 1998, United States Army South units participated in 15 platoon exchanges at the Jungle Operation Training Center with soldiers from Belize, Colombia, Venezuela, El Salvador, Chile, Argentina, and Paraguay.

As part of a larger Army transformation in response to the demands of post-9/11 operations worldwide, U.S. Army South became U.S. Army South (Sixth Army) on 16 July 2008, a change that expanded its size and capabilities to include an Operational Command Post (OCP) that could serve as the nucleus of a Joint Task Force
Joint Task Force
Joint Task Force is a PC real-time tactics game where players command military forces in combat situations based on modern day conflicts.The game includes officially licensed vehicles and weapons systems from major defense contractors including Boeing, Lockheed Martin, General Dynamics, Northrop...
(JTF) or Joint Forces Land Component Command (JFLCC) headquarters anywhere in the Southern Command Area of Focus. While U.S. Army South received an exception to policy from the Army Chief of Staff to retain its distinctive Spanish galleon insignia, its colors were merged with 6th Army’s to mark the new, combined lineage of two historic organizations—one that played a pivotal role in the security of the Panama Canal and the broader region of Latin America and the Caribbean, and one that fought a series of famous battles in the Pacific theater of the Second World War.