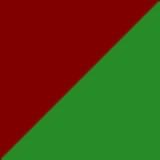 UP was a perennial contender for the over-all championship in the NCAA. While in the UAAP, The team last won the UAAP Seniors Overall Championship in the 1997-1998 season, two years before the University last hosted the competitions prior to its centennial.

The word Maroon comes from the Spanish word cimarron which means wild, untamed. The word was used to refer to African slaves who escaped into the hills from the Spaniards when the British invaded Jamaica in 1655. By 1660, the British have wrested control of most of the island from the Spaniards but they continued to fight the Maroons. Though the Maroons were few in number, not more than 2,000 strong, they fought as if they were a large force. This fighting between the British and the Maroons ended when they signed a peace treaty in 1738. (taken from The History of Jamaica)
The use of the term embodies the spirit of students of the University to "escape" from the status quo, by trying to bring it to a state of betterment. The adjective "fighting" was added for the athletic team to intensify the eagerness to combat any obstacles to win for the honor of the University.
Former names include the Maroons and Greens and the Parrots.

The following table shows the number of championships in the UAAP, unless otherwise specified. It can be noted that UP has titles in all the sports in the UAAP program (except the newly-installed beach volleyball, so far) and the University boasts of successful swimming and athletics programs, with 30 and 20 titles apiece in the league (33 for swimming if one includes NCAA). UP also holds the most number of titles in judo (16) and badminton (11) in the UAAP.
Note: Most number of championships in each division is in italics.

does not include NCAA titles

A double crown usually refers to winning both the Men's and Women's (Seniors), or Boys' and Girls' (Juniors) championship in the same sport at a single UAAP season.


The following are "double crowns" of different nature: