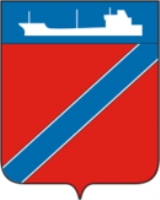 Encyclopedia
Tuapse is a town in Krasnodar Krai
Krasnodar Krai
-External links:* **...
, Russia
Russia
Russia or , officially known as both Russia and the Russian Federation , is a country in northern Eurasia. It is a federal semi-presidential republic, comprising 83 federal subjects...
, situated on the northeast shore of the Black Sea
Black Sea
The Black Sea is bounded by Europe, Anatolia and the Caucasus and is ultimately connected to the Atlantic Ocean via the Mediterranean and the Aegean seas and various straits. The Bosphorus strait connects it to the Sea of Marmara, and the strait of the Dardanelles connects that sea to the Aegean...
, south of Gelendzhik
Gelendzhik
Gelendzhik is a resort town in Krasnodar Krai, Russia, situated on the Gelendzhik Bay of the Black Sea, between Novorossiysk and Tuapse . Greater Gelendzhik sprawls for along the coastline and covers an area of 122,754 ha...
and north of Sochi
Sochi
Sochi is a city in Krasnodar Krai, Russia, situated just north of Russia's border with the de facto independent republic of Abkhazia, on the Black Sea coast. Greater Sochi sprawls for along the shores of the Black Sea near the Caucasus Mountains...
. It serves as the administrative center of Tuapsinsky District
Tuapsinsky District
Tuapsinsky District is an administrative and municipal district , one of the thirty-eight in Krasnodar Krai, Russia. Its administrative center is the town of Tuapse . District's population:...
, although administratively it is separate from it. Population: Tuapse is a sea port and the northern center of a resort zone which extends south to Sochi.

The modern settlement dates back to 1838, when the Russian fort of Velyaminovsky was established in the area after this region became a part of Russia in 1829 by Treaty of Adrianople
Treaty of Adrianople
The Peace Treaty of Adrianople concluded the Russo-Turkish War, 1828-1829 between Russia and the Ottoman Empire. It was signed on September 14, 1829 in Adrianople by Russia's Count Alexey Fyodorovich Orlov and by Turkey's Abdul Kadyr-bey...
.

During the Crimean War
Crimean War
The Crimean War was a conflict fought between the Russian Empire and an alliance of the French Empire, the British Empire, the Ottoman Empire, and the Kingdom of Sardinia. The war was part of a long-running contest between the major European powers for influence over territories of the declining...
, the Ottomans seized the fort and held it for two years (1857–1859). The village of Velyaminovskoye was established here in 1864; it is the village that later became Tuapse. Urban status was granted to Tuapse in 1896.

The Soviets developed Tuapse as an oil terminal and depot. An oil pipeline from Grozny and Maikop
Grozny-Tuapse oil pipeline
The Grozny-Tuapse oil pipeline is a long pipeline connecting oil fields near Grozny, Russia, with sea port Tuapse. The pipeline was launched in 1928, designed by Vladimir Shukhov. The annual throughput of the pipeline along with its 11 pumping stations was 1.5 million tons. It used pipes, both...
was in operation by 1928, designed by Vladimir Shukhov
Vladimir Shukhov
Vladimir Grigoryevich Shukhov , was a Russian engineer-polymath, scientist and architect renowned for his pioneering works on new methods of analysis for structural engineering that led to breakthroughs in industrial design of world's first hyperboloid structures, lattice shell structures, tensile...
. An oil refinery dates from the same period. No later than 1941, Tuapse's status was changed to that of a town of the krai subordination.

The Russian Children Center Orlyonok
Orlyonok
Orlyonok was one of the main Soviet Young Pioneer camps and is currently the main Children's Center in Russia.Orlyonok's name is taken from the title of a popular Young Pioneer song "Orlyonok" about a 16-year old Red Army soldier about to be executed by enemies.-History:The Orylonok camp was...
(former All-Russian SFSR Young Pioneer camp
Young Pioneer camp
Young Pioneer camp was the name for the vacation or summer camp of Young Pioneers. In the 20th century these camps existed in many socialist countries, particularly in the Soviet Union....
) is located there. The world chess champion Vladimir Kramnik
Vladimir Kramnik
Vladimir Borisovich Kramnik is a Russian chess grandmaster. He was the Classical World Chess Champion from 2000 to 2006, and the undisputed World Chess Champion from 2006 to 2007...
and 2005 Miss Universe
Miss Universe
Miss Universe is an annual international beauty contest that is run by the Miss Universe Organization. The pageant is the most publicized beauty contest in the world with 600 million viewers....
winner, Natalie Glebova
Natalie Glebova
Natalie Glebova is a Russian Canadian beauty queen, the 2005 Miss Universe title holder.-Personal life:Glebova was born in Tuapse, Russia. She studied classical piano and graduated from a professional musical school at age of 12. She also has won various regional rhythmic gymnastics championships...
, were born in Tuapse.