Encyclopedia
The Transbaikal Military District was a military district
Military district
Military districts are formations of a state's armed forces which are responsible for a certain area of territory. They are often more responsible for administrative than operational matters, and in countries with conscript forces, often handle parts of the conscription cycle.Navies have also used...
of first the Military of the Soviet Union and then the Armed Forces of the Russian Federation
Armed Forces of the Russian Federation
The Armed Forces of the Russian Federation are the military services of Russia, established after the break-up of the Soviet Union. On 7 May 1992 Boris Yeltsin signed a decree establishing the Russian Ministry of Defence and placing all Soviet Armed Forces troops on the territory of the RSFSR...
, formed on May 17, 1935 and included the Buryat Republic, Chita Oblast
Chita Oblast
Chita Oblast was a federal subject of Russia in southeast Siberia, Russia. Its administrative center was the city of Chita. It had extensive international borders with China and Mongolia and internal borders with Irkutsk and Amur Oblasts, as well as with the Buryat and the Sakha Republics. Its...
, and Yakutia. Chita was the headquarters of the district. It was finally disbanded on December 1, 1998 by being amalgamated with the Siberian Military District
Siberian Military District
The Siberian Military District was a Military district of the Russian Ground Forces. In 2010 it was divided between the two newly formed Central and Eastern Military Districts.- History :...
, though Chita remained the headquarters of the new amalgamated district.

The district was formed in response to the Japanese invasion of China and military escalation in the region. The armies and corps of the district took part in the battle of Khalkhin Gol
Battle of Khalkhin Gol
The Battles of Khalkhyn Gol was the decisive engagement of the undeclared Soviet–Japanese Border Wars fought among the Soviet Union, Mongolia and the Empire of Japan in 1939. The conflict was named after the river Khalkhyn Gol, which passes through the battlefield...
under General Georgy Zhukov
Georgy Zhukov
Marshal of the Soviet Union Georgy Konstantinovich Zhukov , was a Russian career officer in the Red Army who, in the course of World War II, played a pivotal role in leading the Red Army through much of Eastern Europe to liberate the Soviet Union and other nations from the Axis Powers' occupation...
. In June 1940 the 16th Army
16th Army (Soviet Union)
The 16th Army was a Soviet field army active from 1940 to 1945.-First Formation, 16th Army:Before Operation Barbarossa, HQ 16th Army was formed in July 1940 in the Transbaikal Military District . General Lieutenant М. F. Лукин took command...
was formed in the District before being transferred to the west. On June 22, 1941, the District comprised the 17th Army
17th Army (Soviet Union)
The 17th Army of the Red Army was a Soviet field army. It was formed from the 1st Army Group of the Transbaikal Military District on 21 July 1940 . From 1941 to 1945, the army assumed a general defensive posture, including within Mongolia...
, Air and Air Defence commands, 12th Rifle Corps (65th and 94th Rifle Divisions), 93rd Rifle Division, the Transbaikal Fortified Region, two gun artillery regiments, a howitzer artillery regiment, and smaller units. The Transbaikal Military District became home to the Transbaikal Front
Transbaikal Front
The Transbaikal Front was a front formed on September 15, 1941 on base of the Transbaikal Military District. Initially, it included the 17th and 36th armies, but in August 1942 the 12th Air Army was added to the front, and, finally, in June-July 1945 the 39th and the 53rd armies, the 6th Guards...
; a front formed on September 15, 1941 in order to prevent a possible attack by the Japanese Kwantung Army. Against the general trend of Soviet tank divisions being disbanded in the first few months of the German invasion during World War II, due to heavy losses, the 57th and 61st Tank Divisions were active in the District in 1941 and remained active there for most of the war.

In October 1945 the Transbaikal Front was disbanded and its military units were reorganized, following the success of the Soviet invasion of Manchuria.

In the late 1960s the situation on the Sino-Soviet border was dangerous and many new units were sent to Siberia, or formed there, such as the 29th Army
29th Army (Soviet Union)
The Soviet Red Army's 29th Army was a field army of the Red Army and later the Russian Ground Forces.- History :It was first formed in July 1941 in the Moscow Military District on the basis of 30th Rifle Corps. The 245th, 252nd, 254th and 256th Rifle Divisions, and a number of smaller units made up...
. Thanks to this buildup, Chita became one of the developed cities in Eastern Siberia. In 1988 the District included the 29th Army at Ulan-Ude
Ulan-Ude
Ulan-Ude is the capital city of the Republic of Buryatia, Russia, located about southeast of Lake Baikal on the Uda River at its confluence with the Selenga...
(5th Guards Tank Division
5th Guards Tank Division
The 5th Guards Tank Division was a tank division of the Soviet Ground Forces and Russian Ground Forces, active from around 1945 to 2009. It drew its heritage from a illustrious Soviet World War II cavalry formation, the 5th Guards Cavalry Corps...
, 52nd, 91st and 245th Motor Rifle Division
245th Motor Rifle Division
The 245th Motor Rifle Division was a division of the Soviet Army and later the Russian Ground Forces, active from 1967 to 1997 and later from 2001 to 2006.On 31 August 1967 in the city of Kursk the 245th Motor Rifle Division was formed...
s), the 36th Army at Borzya
Borzya
Borzya is a town and the administrative center of Borzinsky District of Zabaykalsky Krai, Russia. Population: -Geography:The town is located on the Borzya River, a right-hand tributary of the Onon, southeast of Chita about from the border of Mongolia to the south, and from the border of China...
(11th Guards, 38th Guards, and 122nd Guards Motor Rifle Divisions), and the 39th Army
39th Army (Soviet Union)
The 39th Army was a Field Army of the Soviet Union's Red Army formed on 15 November 1941 in the Arkhangelsk Military District, in accordance with a directive issued by the Stavka on 2 November 1941...
, controlling Soviet troops in Mongolia, which had its headquarters at Ulan-Bator and included the 2nd Guards Tank Division, 51st Tank Division, and 12th
12th Amurskaya Rifle Division
The 12th Rifle Division was a military formation of the Red Army which participated in combat operations during World War II. It was formed 5 October 1923 in Omsk . On 18 February 1924, it was given the name of the Siberian Revolutionary Committee. It was part of the Western Siberian Military...
, 41st, and 149th Motor Rifle Divisions. The Soviet troops in Mongolia were finally withdrawn between 1989 and 1992. Air support to the troops in Mongolia was provided for a time by the 44th Mixed Aviation Corps headquartered at Choybalsan, from 1982 until 1988.

Air Force support to the district in the immediate post Great Patriotic War years may have been drawn from 12th Air Army. In 1949 12th Air Army was redesignated 45th Air Army. In 1957 the 45th Air Army became the Air Forces of the ZabVO. On 29 July 1967 the Air Forces of the ZabVO became 23rd Air Army. According to the directive of the USSR Ministry of Defense on July 22, 1967 in ZabVO were collected two dozen air regiments, grouped within the 23rd Air Army. The predominance of these shock bomber and fighter-bombers in a fair extent permitted offset the numerical superiority of the opposing factions, the blessing of the "wild steppes of Transbaikalia" became those for aviation comparatively easy prey.

313th independent Reconnaissance Aviation Regiment joined 23rd Air Army in December 1993-January 1994, arriving from Georgia
Georgia (country)
Georgia is a sovereign state in the Caucasus region of Eurasia. Located at the crossroads of Western Asia and Eastern Europe, it is bounded to the west by the Black Sea, to the north by Russia, to the southwest by Turkey, to the south by Armenia, and to the southeast by Azerbaijan. The capital of...
to Chindant
Chindant
Chindant is an air base in Chita Oblast, Russia located 13 km west of Borzya...
-2 in the Chita Oblast
Chita Oblast
Chita Oblast was a federal subject of Russia in southeast Siberia, Russia. Its administrative center was the city of Chita. It had extensive international borders with China and Mongolia and internal borders with Irkutsk and Amur Oblasts, as well as with the Buryat and the Sakha Republics. Its...
. Already in place was the 30th Fighter-Bomber Aviation Division at Step
Step (air base)
Step is an air base in Chita, Russia located 14 km northwest of Yasnogorsk. It is a large air base with two revetment areas and numerous military fortifications...
, but the division was disbanded in 1990. Another reconnaissance aviation regiment in the area was the 101st at Borzya
Borzya
Borzya is a town and the administrative center of Borzinsky District of Zabaykalsky Krai, Russia. Population: -Geography:The town is located on the Borzya River, a right-hand tributary of the Onon, southeast of Chita about from the border of Mongolia to the south, and from the border of China...
-2. 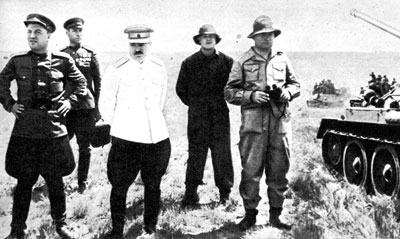