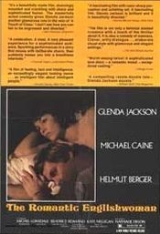 Encyclopedia
Thomas Wiseman is British
United Kingdom
The United Kingdom of Great Britain and Northern IrelandIn the United Kingdom and Dependencies, other languages have been officially recognised as legitimate autochthonous languages under the European Charter for Regional or Minority Languages...
author
Author
An author is broadly defined as "the person who originates or gives existence to anything" and that authorship determines responsibility for what is created. Narrowly defined, an author is the originator of any written work.-Legal significance:...
, playwright
Playwright
A playwright, also called a dramatist, is a person who writes plays.The term is not a variant spelling of "playwrite", but something quite distinct: the word wright is an archaic English term for a craftsman or builder...
and screenwriter
Screenwriter
Screenwriters or scriptwriters or scenario writers are people who write/create the short or feature-length screenplays from which mass media such as films, television programs, Comics or video games are based.-Profession:...
.

Thomas Wiseman (original name Alphons Weissmann) was born in Vienna in 1931, of Jewish parentage, and escaped to England
England
England is a country that is part of the United Kingdom. It shares land borders with Scotland to the north and Wales to the west; the Irish Sea is to the north west, the Celtic Sea to the south west, with the North Sea to the east and the English Channel to the south separating it from continental...
with his mother in 1939, shortly before the outbreak of war. His father, an officer in the First World War, had arranged their escape with his contacts in high places, but he remained behind, believing he could rely on these "contacts" to protect him. In this he was ultimately to be proved mistaken, and he died in Buchenwald concentration camp. Elements of this story have feature in three of Wiseman's most highly regarded novels, The Quick and the Dead, Journey of A Man, The Time Before the War, and in his play The Dealer. After the end of the war Wiseman began his career in journalism, aged 16, on a London
London
London is the capital city of :England and the :United Kingdom, the largest metropolitan area in the United Kingdom, and the largest urban zone in the European Union by most measures. Located on the River Thames, London has been a major settlement for two millennia, its history going back to its...
local newspaper, the West London Observer, where he did all the usual reporting and in addition wrote trenchant film, theatre and book reviews which got him banned from Press showings for the critics, but also brought him to the attention of Lord Beaverbrook. As a result he was hired by the London Evening Standard to write their showbiz column. Reviewing Wiseman's first novel, Czar, in the Sunday Times Frederic Raphael
Frederic Raphael
Frederic Michael Raphael is an American-born, British-educated screenwriter, and also a prolific novelist and journalist.-Life and career:...
wrote: "Thomas Wiseman used to be the columnist the film companies wouldn't have on the set, so savage (and so right?) were his judgements. It was said that he was a dagger pointed at the industry." This novel drew heavily on Wiseman's knowledge of Hollywood and the film business and its commercial success enabled him to quit journalism and take up authorship full-time. His second novel, Journey of A Man, and his third novel, The Quick and the Dead, departed from showbusiness and focused on his family history, especially his father's activities in Vienna under the Nazis seeking to ransom Jews
Jews
The Jews , also known as the Jewish people, are a nation and ethnoreligious group originating in the Israelites or Hebrews of the Ancient Near East. The Jewish ethnicity, nationality, and religion are strongly interrelated, as Judaism is the traditional faith of the Jewish nation...
able to pay for their lives. The Quick and the Dead earned him his best reviews and a Jewish Chronicle Book Award. The TLS wrote of it: "...a harshly funny and effective study of Nazi self-delusion and atrocity...brilliantly achieved." For his next novel, The Romantic Englishwoman, Wiseman departed from the subject of war and Nazism and wrote a story of a novelist who describes in fictional form his wife's sexual encounter with a sponging self-styled poet in Baden-Baden
Baden-Baden
Baden-Baden is a spa town in Baden-Württemberg, Germany. It is located on the western foothills of the Black Forest, on the banks of the Oos River, in the region of Karlsruhe...
, and the novelist's vivid imagination "begets the event". This novel was made into a film by Joe Losey, with screenplay by Wiseman and Tom Stoppard
Tom Stoppard
Sir Tom Stoppard OM, CBE, FRSL is a British playwright, knighted in 1997. He has written prolifically for TV, radio, film and stage, finding prominence with plays such as Arcadia, The Coast of Utopia, Every Good Boy Deserves Favour, Professional Foul, The Real Thing, and Rosencrantz and...
, starring Glenda Jackson
Glenda Jackson
Glenda May Jackson, CBE is a British Labour Party politician and former actress. She has been a Member of Parliament since 1992, and currently represents Hampstead and Kilburn. She previously served as MP for Hampstead and Highgate...
as the wife, Michael Caine
Michael Caine
Sir Michael Caine, CBE is an English actor. He won Academy Awards for best supporting actor in both Hannah and Her Sisters and The Cider House Rules ....
as the novelist and Helmut Berger
Helmut Berger
Helmut Berger is an Austrian-born German film and television actor. He is most famous for his work with Luchino Visconti, particularly in his performance as King Ludwig II of Bavaria in Ludwig, for which he received a special David di Donatello award.He appears primarily in European cinema, but...
as the poet. In his later works Wiseman returned again to WWII, achieving commercial successes with The Day Before Sunrise and Savage Day. With his most recent novel, Genius Jack, he reverted to again to the film business, and some critics have seen in his portrait of "genius Jack Strawley" certain aspects of Joe Losey.

In addition to his novels, Wiseman has written non-fiction works such as Cinema (a history) and The Money Motive, the psychoanalytical study of an obsession. He has also written two produced plays, The Private Prosecutor, put on at the Royal Court Theatre
Royal Court Theatre
The Royal Court Theatre is a non-commercial theatre on Sloane Square, in the Royal Borough of Kensington and Chelsea. It is noted for its contributions to modern theatre...
in 1957, and The Dealer.