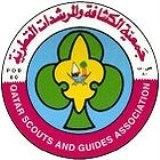 The Scout and Guide Association of Qatar
Topic Home
Discussion
0

Program emphasis is on out-of-school education in religion
Religious education
In secular usage, religious education is the teaching of a particular religion and its varied aspects —its beliefs, doctrines, rituals, customs, rites, and personal roles...
, citizenship
Citizenship
Citizenship is the state of being a citizen of a particular social, political, national, or human resource community. Citizenship status, under social contract theory, carries with it both rights and responsibilities...
and health
Health
Health is the level of functional or metabolic efficiency of a living being. In humans, it is the general condition of a person's mind, body and spirit, usually meaning to be free from illness, injury or pain...
as well as the usual Scoutcraft
Scoutcraft
Scoutcraft is a term used to cover a variety of woodcraft knowledge and skills required by people seeking to venture into wild country and sustain themselves independently. The term has been adopted by Scouting organizations to reflect skills and knowledge which are felt to be a core part of the...
s, physical fitness
Physical fitness
Physical fitness comprises two related concepts: general fitness , and specific fitness...
and community service
Community service
Community service is donated service or activity that is performed by someone or a group of people for the benefit of the public or its institutions....
.

There are Scout courses in wildlife conservation and projects for increasing plant life.
Guiding was started in 1995, as the present government
Hamad bin Khalifa
Sheikh Hamad bin Khalifa Al Thani is the ruling Emir of the State of Qatar since 1995.Sheikh Hamad was the appointed Heir Apparent of Qatar between 1977 and 1995 and at the same time Minister of Defense. In the early 1980s he led the Supreme Planning Council, which sets the Qatar's basic economic...
issued a decree and accepted the formation of the Guiding movement. Immediately, the Guides joined the Scouts and The Scout and Guide Association of Qatar was established. The Minister of Education
Education in Qatar
Along with the country’s free health care to every citizen, every child has free education from kindergarten through high school. Some universities from the United States have opened satellite campuses in the country at Education City, Qatar...
has recruited six Commissioners to promote Guiding as an extracurricular activity in all schools. All leaders are teachers in the schools.

Guiding is rapidly gaining a high profile in society, reflected in their membership. Members come from different areas and various sections of society. Guiding mostly operates from Doha
Doha
Doha is the capital city of the state of Qatar. Located on the Persian Gulf, it had a population of 998,651 in 2008, and is also one of the municipalities of Qatar...
, however some units have started in different parts of the country. Membership stood at 2,011 as of February 2002.

There is a special program for Sea Scouts who are trained in all water and boat activities. There is also a small Air Scout section.

The Scout Motto is Kun Musta'idan or كن مستعداً, translating as Be Prepared in Arabic. The noun for a single Scout is Kashaf or كشاف in Arabic. The membership badge incorporates elements of the coat of arms of Qatar
Coat of arms of Qatar
The emblem of Qatar show two crossed white bent swords in a yellow circle. Between the swords there is a sailing ship sailing on blue and white waves beside an island with two palm trees. The circle is surrounded by a round doughnut-shaped object, which is divided horizontally...
, and both the trefoil
Trefoil
Trefoil is a graphic form composed of the outline of three overlapping rings used in architecture and Christian symbolism...
representing the girls and the fleur-de-lis
Fleur-de-lis
The fleur-de-lis or fleur-de-lys is a stylized lily or iris that is used as a decorative design or symbol. It may be "at one and the same time, political, dynastic, artistic, emblematic, and symbolic", especially in heraldry...
representing the boys.