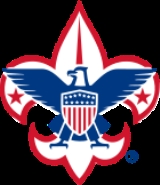 Overview
The Boy Scouts of America (BSA) is one of the largest youth organizations in the United States
United States
The United States of America is a federal constitutional republic comprising fifty states and a federal district...
, with over 4.5 million youth members in its age-related divisions. Since its founding in 1910 as part of the international Scout Movement
Scouting
Scouting, also known as the Scout Movement, is a worldwide youth movement with the stated aim of supporting young people in their physical, mental and spiritual development, that they may play constructive roles in society....
, more than 110 million Americans have been members of the BSA.

The BSA goal is to train youth in responsible citizenship, character development, and self-reliance through participation in a wide range of outdoor activities, educational programs, and, at older age levels, career-oriented programs in partnership with community organizations.

At the 2003 world jam in England I purchased a jacket assuming it was for that jam. I had not opened it until recently and found it to be a 1999 jam j...

As a veteran I'd like to know why the Boy Souts continue to wear the flags on their sleeves backwards. Flag ettiquette clearly states that a flag worn...

Was it a requirement in the 60's that a 14-mile hike be taken to advance to First Class Scout?

I am looking for early BS. history of my great grandfather,Shorty Howell,from Herrin Il.I know he was a leader,30s,40s and 50s,and helped build the sc...
More

I have a boy, can not pass his tenderfoot Requirement because of two reasons. First he studters and has problems remembering his scout oath and laws (...