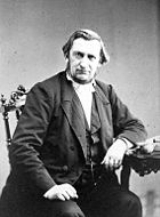 Stockholms Enskilda Bank, sometimes called Enskilda banken or SEB, was a Swedish
Sweden
Sweden , officially the Kingdom of Sweden , is a Nordic country on the Scandinavian Peninsula in Northern Europe. Sweden borders with Norway and Finland and is connected to Denmark by a bridge-tunnel across the Öresund....
bank, founded in 1856 by André Oscar Wallenberg as Stockholm's first private bank
Bank
A bank is a financial institution that serves as a financial intermediary. The term "bank" may refer to one of several related types of entities:...
. In 1857, Stockholms Enskilda Bank began to employ women, claiming to be the first bank in the world doing so.

Stockholms Enskilda Bank was managed by the Wallenberg family
Wallenberg family
The Wallenberg family is a prominent Swedish banking family, renowned as bankers, industrialists, politicians, diplomats and philanthropists. The most famous of the Wallenbergs, Raoul Wallenberg, a diplomat, worked in Budapest, Hungary, during World War II to rescue Jews from the Holocaust...
who, thanks to the bank, built a unique position in Swedish business. During World War II
World War II
World War II, or the Second World War , was a global conflict lasting from 1939 to 1945, involving most of the world's nations—including all of the great powers—eventually forming two opposing military alliances: the Allies and the Axis...
, the Wallenberg bank was accused of collaborating with Nazi Germany
Nazi Germany
Nazi Germany , also known as the Third Reich , but officially called German Reich from 1933 to 1943 and Greater German Reich from 26 June 1943 onward, is the name commonly used to refer to the state of Germany from 1933 to 1945, when it was a totalitarian dictatorship ruled by...
, putting the bank on blockade by the U.S. Government. In 1972, the bank merged with Skandinaviska Banken
Skandinaviska Banken
Skandinaviska Banken, literally the Scandinavian Bank, was a Swedish bank founded in Gothenburg, 1864. Its foundation coincided with the political aspirations of the Scandinavian movement, which sought to unite Sweden, Norway and Denmark into a single kingdom...
to become Skandinaviska Enskilda Banken
Skandinaviska Enskilda Banken
Skandinaviska Enskilda Banken AB is a Swedish financial group for corporate customers, institutions and private individuals with headquarters in Stockholm, Sweden. Its activities comprise mainly banking services, but SEB also carries out significant life insurance operations and also owns Eurocard...
.

From the beginning, Stockholms Enskilda Bank mainly issued credit to industry, and soon banker's drafts were introduced to simplify the conveyance of payments. Towards the end of the 19th century, Stockholms Enskilda Bank played an active role in industrial construction, both as a lender and as an initiator. The bank took over or participated in bond loans of over SEK 80 million to the state, municipalities, industry and railways.

In some areas the bank became a pioneer of the 19th century. In 1857, Stockholms Enskilda Bank claimed to be the first bank in the world to employ women and in 1892, pensions schemes were proposed for the bank's staff.

In 1912 Stockholms Enskilda Bank was one of the founding owners of the British Bank of Northern Commerce
British Bank of Northern Commerce
Knut Agathon Wallenberg of the Stockholms Enskilda Bank and Emil Glückstadt of Landmansbanken founded the British Bank of Northern Commerce in February 1912, together with several other banks including Centralbanken for Norge , Banque de Commerce de l`Azoff-Don , and Banque de Paris et des Pays Bas...
, which specialized in fostering trade between the United Kingdom and northern Europe. In 1920 the British Bank merged with C.J. Hamros & Son to form Hambros Bank
Hambros Bank
Hambros Bank was a British bank based in London. The Hambros bank was a specialist in Anglo-Scandinavian business with expertise in trade finance and investment banking, and was the sole banker to the Scandinavian kingdoms for many years...
, with the Stockholms Enskilda taking shares in Hambros.

In the end of the 1920s, the international recession
Recession
In economics, a recession is a business cycle contraction, a general slowdown in economic activity. During recessions, many macroeconomic indicators vary in a similar way...
spread over Europe, and things came to a head when Ivar Kreuger
Ivar Kreuger
Ivar Kreuger was a Swedish civil engineer, financier, entrepreneur and industrialist. In 1908 Kreuger co-founded the construction company Kreuger & Toll Byggnads AB which specialized in new building techniques. By aggressive investments and innovative financial instruments he built a global match...
died in Paris
Paris
Paris is the capital and largest city in France, situated on the river Seine, in northern France, at the heart of the Île-de-France region...
in March 1932. Jacob Wallenberg was a member of the international Kreuger Committee, which was to look after the bondholders' interests.

Before and during the Second World War the Swedish government called upon the bank's management for trade negotiations with Germany
Germany
Germany , officially the Federal Republic of Germany , is a federal parliamentary republic in Europe. The country consists of 16 states while the capital and largest city is Berlin. Germany covers an area of 357,021 km2 and has a largely temperate seasonal climate...
, United Kingdom
United Kingdom
The United Kingdom of Great Britain and Northern IrelandIn the United Kingdom and Dependencies, other languages have been officially recognised as legitimate autochthonous languages under the European Charter for Regional or Minority Languages...
, the United States
United States
The United States of America is a federal constitutional republic comprising fifty states and a federal district...
and Finland
Finland
Finland , officially the Republic of Finland, is a Nordic country situated in the Fennoscandian region of Northern Europe. It is bordered by Sweden in the west, Norway in the north and Russia in the east, while Estonia lies to its south across the Gulf of Finland.Around 5.4 million people reside...
.

During the war, in 1939–1941, Stockholms Enskilda Bank acquired a number of subsidiaries within the German Bosch
Robert Bosch GmbH
Robert Bosch GmbH is a multinational engineering and electronics company headquartered in Gerlingen, near Stuttgart, Germany. It is the world's largest supplier of automotive components...
group. The acquisitions were made under the condition of Bosch being able to buy the property back after the war. A similar acquisition was made regarding the American Bosch Corporation. The U.S. Government
Franklin D. Roosevelt
Franklin Delano Roosevelt , also known by his initials, FDR, was the 32nd President of the United States and a central figure in world events during the mid-20th century, leading the United States during a time of worldwide economic crisis and world war...
considered the acquisitions illegal and the American Bosch Corporation as enemy property, and subsequently confiscated it in 1943. In August 1945, the bank and the Wallenberg brothers were further accused for collaborating with the Nazis, making the U.S. Government
Harry S. Truman
Harry S. Truman was the 33rd President of the United States . As President Franklin D. Roosevelt's third vice president and the 34th Vice President of the United States , he succeeded to the presidency on April 12, 1945, when President Roosevelt died less than three months after beginning his...
impose a blockade
Blockade
A blockade is an effort to cut off food, supplies, war material or communications from a particular area by force, either in part or totally. A blockade should not be confused with an embargo or sanctions, which are legal barriers to trade, and is distinct from a siege in that a blockade is usually...
on Stockholms Enskilda Bank. The blockade was lifted in 1947.

After the War, in 1946, the first collective agreement
Collective bargaining
Collective bargaining is a process of negotiations between employers and the representatives of a unit of employees aimed at reaching agreements that regulate working conditions...
for commercial bank employees was concluded, and in 1949 staff-management committees with representatives for management and employees were introduced. In 1953, Stockholms Enskilda Bank began using "bank buses" as ambulating branch branches, and the bank was modernized, including the introduction of punched card machines
Punched card
A punched card, punch card, IBM card, or Hollerith card is a piece of stiff paper that contains digital information represented by the presence or absence of holes in predefined positions...
. Payment by wage cheque was introduced in 1956 and the bank began to cash other bank's cheques.

During the 1960s Stockholms Enskilda Bank became the bank for the industry to a greater extent. Loans to industry constituted half of the total loans of SEK 2,000 million. New branch offices were opened as part of the battle for domestic deposits. By the end of the 1960s the number of branches was 52.

However, the main reason for the merger was the socialistic economical politics that the, at the time, very left-orientated socialdemocratic party forced on banks and private companies. Only a certain level of profit was allowed, and when Stockholms Enskilda Bank tried to expand, this action was forced back by the Swedish government. Thus the merge with Skandinaviska Banken which created room for an expanding the bank.

At the time of the merger, Skandinaviska Banken was about three times bigger than Stockholms Enskilda Bank and the Wallenberg family was notably divided whether the merger should take place. The plan had originally been initiated by chairman Marcus Wallenberg (junior)
Wallenberg family
The Wallenberg family is a prominent Swedish banking family, renowned as bankers, industrialists, politicians, diplomats and philanthropists. The most famous of the Wallenbergs, Raoul Wallenberg, a diplomat, worked in Budapest, Hungary, during World War II to rescue Jews from the Holocaust...
whereas the former chairman of the bank, Jacob Wallenberg was a vocal opponent of the merger. This created some anxiety among the bank staff, and in November 1971, the CEO, Marc Wallenberg - who was one of the top negotiators of the merger - committed suicide
Suicide
Suicide is the act of intentionally causing one's own death. Suicide is often committed out of despair or attributed to some underlying mental disorder, such as depression, bipolar disorder, schizophrenia, alcoholism, or drug abuse...
, leaving the Wallenberg family without a natural successor in the banking business.


Chairmen of the board