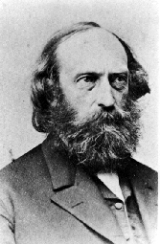 Andrews was born in Templeton, Massachusetts
Templeton, Massachusetts
Templeton is a town in Worcester County, Massachusetts, United States. The population was 8,013 at the 2010 census. The town comprises four main villages: Templeton Center, East Templeton, Baldwinville, and Otter River...
on March 22, 1812, "the youngest of eight children of the Reverend Elisha Andrews and his wife, Ann Lathrop." He grew up thirty-five miles northeast in Hinsdale, New Hampshire
Hinsdale, New Hampshire
Hinsdale is a town in Cheshire County, New Hampshire, United States. The population was 4,046 at the 2010 census. Hinsdale is home to part of Pisgah State Park in the northeast, and part of Wantastiquet Mountain State Forest in the northwest....
. Andrews went to Louisiana
Louisiana
Louisiana is a state located in the southern region of the United States of America. Its capital is Baton Rouge and largest city is New Orleans. Louisiana is the only state in the U.S. with political subdivisions termed parishes, which are local governments equivalent to counties...
at age 19 and studied and practiced law there. Appalled by slavery, he became an abolitionist. He was the first counsel of Mrs. Myra Clark Gaines in her celebrated suits. Having moved to Texas
Texas
Texas is the second largest U.S. state by both area and population, and the largest state by area in the contiguous United States.The name, based on the Caddo word "Tejas" meaning "friends" or "allies", was applied by the Spanish to the Caddo themselves and to the region of their settlement in...
in 1839, Andrews and his family were almost killed because of his abolitionist lectures and had to flee in 1843. Andrews travelled to England where he was unsuccessful at raising funds for the abolitionist movement back in America.

While in England, Andrews became interested in Pitman's
Isaac Pitman
Sir Isaac Pitman , knighted in 1894, developed the most widely used system of shorthand, known now as Pitman shorthand. He first proposed this in Stenographic Soundhand in 1837. Pitman was a qualified teacher and taught at a private school he founded in Wotton-under-Edge...
new shorthand
Shorthand
Shorthand is an abbreviated symbolic writing method that increases speed or brevity of writing as compared to a normal method of writing a language. The process of writing in shorthand is called stenography, from the Greek stenos and graphē or graphie...
writing system and upon his return to the U.S. he taught and wrote about the shorthand writing system, and devised a popular system of phonographic reporting. To further this he published a series of instruction books and edited two journals, the Anglo-Saxon and the Propagandist. He devised a "scientific" language, "Alwato," in which he was wont to converse and correspond with pupils. At the time of his death Andrews was compiling a dictionary of Alwato, which was published posthumously. A remarkable linguist
Linguistics
Linguistics is the scientific study of human language. Linguistics can be broadly broken into three categories or subfields of study: language form, language meaning, and language in context....
, he also became interested in phonetics and the study of foreign languages, eventually teaching himself "no fewer than 32" languages.

By the end of the 1840s he began to focus his energies on utopian communities. Fellow individualist anarchist
Individualist anarchism
Individualist anarchism refers to several traditions of thought within the anarchist movement that emphasize the individual and his or her will over external determinants such as groups, society, traditions, and ideological systems. Individualist anarchism is not a single philosophy but refers to a...
Josiah Warren
Josiah Warren
Josiah Warren was an individualist anarchist, inventor, musician, and author in the United States. He is widely regarded as the first American anarchist, and the four-page weekly paper he edited during 1833, The Peaceful Revolutionist, was the first anarchist periodical published, an enterprise...
was responsible for Andrew's conversion to radical individualism, and in 1851 they established Modern Times in Brentwood, NY. He was elected an Associate Fellow of the American Academy of Arts and Sciences
American Academy of Arts and Sciences
The American Academy of Arts and Sciences is an independent policy research center that conducts multidisciplinary studies of complex and emerging problems. The Academy’s elected members are leaders in the academic disciplines, the arts, business, and public affairs.James Bowdoin, John Adams, and...
in 1846. In 1857 Andrews established Unity Home in New York City
New York City
New York is the most populous city in the United States and the center of the New York Metropolitan Area, one of the most populous metropolitan areas in the world. New York exerts a significant impact upon global commerce, finance, media, art, fashion, research, technology, education, and...
. By the 1860s he was propounding an ideal society called Pantarchy
Pantarchy
Pantarchy was the name given to a social theory proposed by Stephen Pearl Andrews. Andrews was considered the "American rival of Comte," because of his work on an all-encompassing philosophy of universology, and his political proposals had similar scope, combining elements of the individualist...
, and from this he moved on to a philosophy he called "universology
Universology
Universology literally means "the science of the universe." Popularizing universologic science was a life's work for 19th century intellectual Stephen Pearl Andrews, a futurist utopian. The word can be used synonymously with consilience, a term Edward Osborne Wilson has popularized with his...
", which stressed the unity of all knowledge and activities. He was also "among the first Americans to discover Marx
Karl Marx
Karl Heinrich Marx was a German philosopher, economist, sociologist, historian, journalist, and revolutionary socialist. His ideas played a significant role in the development of social science and the socialist political movement...
and the first to publish his Communist Manifesto in the U.S."

Andrews was one of the first to use the word "scientology
Scientology
Scientology is a body of beliefs and related practices created by science fiction and fantasy author L. Ron Hubbard , starting in 1952, as a successor to his earlier self-help system, Dianetics...
". The word is defined as a neologism in his 1871 book The Primary Synopsis of Universology and Alwato: The New Scientific Universal Language. In the 1870s Andrews promoted Joseph Rodes Buchanan's Psychometry besides his own Universology predicting that a priori derived knowledge would supersede empirical science as exact science. Andrews was also considered a leader in the religious movement of Spiritualism
Spiritualism
Spiritualism is a belief system or religion, postulating the belief that spirits of the dead residing in the spirit world have both the ability and the inclination to communicate with the living...
.

Like most of the nineteenth century individualist anarchists, and unlike the anarcho-communists, he supported the right of employment and wage labor. However, he believed that in the system within which he was living that individuals were not receiving a wage commensurate with the amount of labor they exerted. He said: 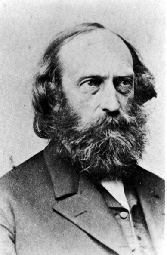 For Andrews, to be paid "justly" was to be paid according to the "Cost Principle," which held that individuals should be paid according to the amount of labor they exert rather than according to the benefit that another receives from that labor (the latter being called the "Value Principle"). To help make this simple, he, after Josiah Warren, advocated an economy that uses "labor notes
Labor notes (currency)
Labor notes are an alternative currency based on exchange of hours of labor.Two early attempts at implementing labor notes were made by social reformers Josiah Warren and Robert Owen following their experiences attempting to establish a utopian community at New Harmony, Indiana, in which currency...
". Labor notes are a form of currency marked in labor hours (adjusted for different types of labor based on their difficulty or repugnance). In this way, it is not how much the employer values the employee's labor that determines the employee's pay, but simply how much the employee has labored. For similar reasons he did not believe people should be paid interest
Interest
Interest is a fee paid by a borrower of assets to the owner as a form of compensation for the use of the assets. It is most commonly the price paid for the use of borrowed money, or money earned by deposited funds....
for loaning capital; in other words, he did not see the loaning of capital as requiring any labor or deprivation on the part of the loaner. He insisted that the benefit received from goods or labor is not a just measure of price.