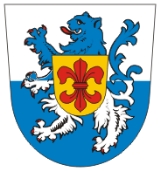 The district was created in 1834 when Prussia
Prussia
Prussia was a German kingdom and historic state originating out of the Duchy of Prussia and the Margraviate of Brandenburg. For centuries, the House of Hohenzollern ruled Prussia, successfully expanding its size by way of an unusually well-organized and effective army. Prussia shaped the history...
bought the Lichtenfeld area from Saxony-Coburg
Saxe-Coburg and Gotha
Saxe-Coburg and Gotha or Saxe-Coburg-Gotha served as the collective name of two duchies, Saxe-Coburg and Saxe-Gotha, in Germany. They were located in what today are the states of Bavaria and Thuringia, respectively, and the two were in personal union between 1826 and 1918...
. After the World War I
World War I
World War I , which was predominantly called the World War or the Great War from its occurrence until 1939, and the First World War or World War I thereafter, was a major war centred in Europe that began on 28 July 1914 and lasted until 11 November 1918...
, the Saar area came under special rulership of the League of Nations
League of Nations
The League of Nations was an intergovernmental organization founded as a result of the Paris Peace Conference that ended the First World War. It was the first permanent international organization whose principal mission was to maintain world peace...
, and thus the Sankt Wendel district was split into two parts. The northern part, the Restkreis Sankt Wendel, was merged into the district Birkenfeld
Birkenfeld (district)
Birkenfeld is a district in Rhineland-Palatinate, Germany. It is bounded by the districts of Sankt Wendel , Trier-Saarburg, Bernkastel-Wittlich, Rhein-Hunsrück, Bad Kreuznach and Kusel.- History :...
, the southern part stayed in the Saarland
Saarland
Saarland is one of the sixteen states of Germany. The capital is Saarbrücken. It has an area of 2570 km² and 1,045,000 inhabitants. In both area and population, it is the smallest state in Germany other than the city-states...
in its reduced size.

The district is located in the Saar-Hunsrück
Hunsrück
The Hunsrück is a low mountain range in Rhineland-Palatinate, Germany. It is bounded by the river valleys of the Moselle , the Nahe , and the Rhine . The Hunsrück is continued by the Taunus mountains on the eastern side of the Rhine. In the north behind the Moselle it is continued by the Eifel...
natural area, a hilly area with elevations between 200 and 600 meters.
The main river in the district is the Nahe. The Bostalsee is the biggest tourist lake in the south-west of Germany, covering an area of about 1.2 km².