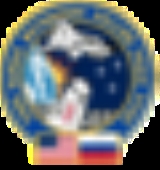 Astro-2 was the second dedicated Spacelab mission to conduct astronomical observations in the ultraviolet spectral regions. It consists of three unique instruments – the Hopkins Ultraviolet Telescope
Hopkins Ultraviolet Telescope
The Hopkins Ultraviolet Telescope was a space telescope designed to make spectroscopic observations in the far-ultraviolet region of the electromagnetic spectrum...
(HUT), the Ultraviolet Imaging Telescope (UIT) and the Wisconsin Ultraviolet Photo-Polarimeter Experiment (WUPPE). These experiments will select targets from a list of over 600 and observe objects ranging from some inside the solar system to individual stars, nebulae, supernova remnants, galaxies and active extragalactic objects. This data supplemented data collected on the Astro-1 mission flown on STS-35
STS-35
-Crew notes:Prior to the Challenger disaster, this mission was slated to launch in March 1986 as STS-61-E. Jon McBride was originally assigned to command this mission, which would have been his second spaceflight. He chose to retire from NASA in May 1989 and was replaced as mission commander by...
in December 1990 aboard Columbia
Space Shuttle Columbia
Space Shuttle Columbia was the first spaceworthy Space Shuttle in NASA's orbital fleet. First launched on the STS-1 mission, the first of the Space Shuttle program, it completed 27 missions before being destroyed during re-entry on February 1, 2003 near the end of its 28th, STS-107. All seven crew...
.

Because most ultraviolet radiation is absorbed by Earth's atmosphere, it cannot be studied from the ground. The far and extreme ultraviolet region of the spectrum was largely unexplored before Astro-1, but knowledge of all wavelengths is essential to obtain an accurate picture of the universe. Astro-2 had almost twice the duration of its predecessor, and a launch at a different time of year allowed the telescopes to view different portions of the sky. The mission was designed to fill in large gaps in astronomers' understanding of the universe and lay the foundations for more discovery in the future.

The Middeck Active Control Experiment (MACE) is a space engineering research payload. It consists of a rate gyro, reaction wheels, a precision pointing payload, and a scanning and pointing payload that produces motion disturbances. The goal of the experiment was to test a closed loop control system that will compensate for motion disturbances. On orbit, Commander Stephen S. Oswald
Stephen S. Oswald
Stephen Scot Oswald is a former NASA Astronaut.-Personal data:Born 30 June 1951, in Seattle, Washington, but considers Bellingham, Washington, to be his hometown. Married to the former Diane K. Kalklosch of Fullerton, California...
and Pilot William G. Gregory
William G. Gregory
William George "Borneo" Gregory , is a retired NASA astronaut and United States Air Force lieutenant colonel.-Early life and education:...
used MACE to test about 200 different motion disturbance situations over 45 hours of testing during the mission. Information from MACE will be used to design better control systems that compensate for motion in future spacecraft.

Two Get Away Special (GAS) payloads were also on board. They were the G-387 and G-388 canisters. This experiment was sponsored by the Australian Space Office and AUSPACE ltd. The objectives were to make ultraviolet observations of deep space or nearby galaxies. These observations were made to study the structure of galactic supernova remnants, the distribution of hot gas in the Magellanic Clouds, the hot galactic halo emission, and emission associated with galactic cooling flows and jets. The two GAS canisters were interconnected with a cable. Canister 1 had a motorized door assembly that exposed a UV telescope to space when opened. UV reflective filters on the telescopes optics determine its UV bandpass. Canister 2 contained two video recorders for data storage and batteries to provide experiment power.

The spiral galaxy
Spiral galaxy
A spiral galaxy is a certain kind of galaxy originally described by Edwin Hubble in his 1936 work The Realm of the Nebulae and, as such, forms part of the Hubble sequence. Spiral galaxies consist of a flat, rotating disk containing stars, gas and dust, and a central concentration of stars known as...
, Jupiter
Jupiter
Jupiter is the fifth planet from the Sun and the largest planet within the Solar System. It is a gas giant with mass one-thousandth that of the Sun but is two and a half times the mass of all the other planets in our Solar System combined. Jupiter is classified as a gas giant along with Saturn,...
, and the four moons (total of six space objects) as well as the seven stars of the insignia symbolize the flight's numerical designation in the Space Transportation System's mission sequence. Endeavour, with ASTRO-2, is speeding by.