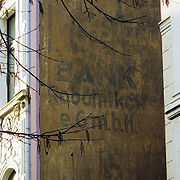 Ruhrpolen is a German umbrella term for a mixture of people from the former kingdom of Poland (which came under czarist rule), also from Silesians
Silesians
Silesians , are the inhabitants of Silesia in Poland, Germany and the Czech Republic. A small diaspora community also exists in Karnes County, Texas in the USA....
, Masurians, Kashubians
Kashubians
Kashubians/Kaszubians , also called Kashubs, Kashubes, Kaszubians, Kassubians or Cassubians, are a West Slavic ethnic group in Pomerelia, north-central Poland. Their settlement area is referred to as Kashubia ....
), who migrated to the rapidly-industrializing areas of the Ruhr Valley.

The immigrants, many who had left under the harsher czarish rule and failed 1830's uprisings and came to Prussia, then went from the at that time eastern territories of Germany (Province of Posen
Province of Posen
The Province of Posen was a province of Prussia from 1848–1918 and as such part of the German Empire from 1871 to 1918. The area was about 29,000 km2....
, East Prussia
East Prussia
East Prussia is the main part of the region of Prussia along the southeastern Baltic Coast from the 13th century to the end of World War II in May 1945. From 1772–1829 and 1878–1945, the Province of East Prussia was part of the German state of Prussia. The capital city was Königsberg.East Prussia...
and West Prussia
West Prussia
West Prussia was a province of the Kingdom of Prussia from 1773–1824 and 1878–1919/20 which was created out of the earlier Polish province of Royal Prussia...
, Province of Silesia
Province of Silesia
The Province of Silesia was a province of the Kingdom of Prussia from 1815 to 1919.-Geography:The territory comprised the bulk of the former Bohemian crown land of Silesia and the County of Kladsko, which King Frederick the Great had conquered from the Austrian Habsburg Monarchy in the 18th...
) which were partially acquired in the Polish partitions
Partitions of Poland
The Partitions of Poland or Partitions of the Polish–Lithuanian Commonwealth took place in the second half of the 18th century and ended the existence of the Polish–Lithuanian Commonwealth, resulting in the elimination of sovereign Poland for 123 years...
and housed a significant Polish share of population. This migration wave, known as the Ostflucht
Ostflucht
The Ostflucht was a movement by residents of the former eastern territories of Germany, such as East Prussia, West Prussia, Silesia and Province of Posen beginning around 1850, to the more industrialized western German Rhine and Ruhr provinces...
, began in the late 19th century, with most of the Ruhrpolen arriving around the 1870s. The migrants found employment in the mining, steel and construction industries. At the same time a large number of Russians took refuge especially in Berlin. In 1913 there were about 300.000 and 350.000 Poles and 150.000 Mazurians; of those one third were born in the Ruhr area
The protestant Masurians did not accept being identified with catholic Poles and underlined their loyalty to Prussia
Prussia
Prussia was a German kingdom and historic state originating out of the Duchy of Prussia and the Margraviate of Brandenburg. For centuries, the House of Hohenzollern ruled Prussia, successfully expanding its size by way of an unusually well-organized and effective army. Prussia shaped the history...
and the German Empire.

The rights of the Ruhrpolen as citizens were restricted in many ways by anti-Polish policies of the German Empire. While initially German officials hoped that the Polish population would succumb to Germanization, they eventually lost hope that this long-term strategy would succeed. Polish schools had their accreditation refused and public schools no longer took account of ethnic diversity. In schools here the percentage of Polish-speaking students became high, German officials split up the students. When parents tried to organize private lessons for their kids, police would come to their homes.

Other measures included instructing teachers and officials that their duty was to promote German national consciousness. A decree was issued that ordered all miners to speak German. Discrimination started to affect issues of basic existence. The Settlement Law of 1904 made it difficult for Poles who wished to return east to purchase land. In 1908 laws discriminating against the Polish language were applied to the entire German Empire.

In response to harassment by Prussian authorities, the organisations of Ruhr Poles, expanded what had been their purely cultural character, and restored their links with Polish organizations in the east. The League of Poles in Germany, founded at Bochum
Bochum
Bochum is a city in North Rhine-Westphalia, western Germany. It is located in the Ruhr area and is surrounded by the cities of Essen, Gelsenkirchen, Herne, Castrop-Rauxel, Dortmund, Witten and Hattingen.-History:...
in 1894, merged with the Straż
Stráž
Stráž may refer to several places in Czech Republic and Slovakia. The word stráž means guard, watch or patrol in Czech language.Municipalities* Stráž * Stráž * Stráž nad Ohří* Stráž nad Nežárkou* Stráž nad Nisou...
movement set up in 1905. In 1913 the combined group formed an executive committee, which worked alongside the Polish National Council. Poles also demanded Polish priests and mass services in Polish.

After the outbreak of the Second World War all remaining Polish organizations in the Ruhr faced dissolution by the Nazis. On 11 September 1939 249 leading Polish activists from the Ruhr were placed in concentration camps; at least 60 Ruhr Poles were murdered for their activities by Nazi Germany.

In modern times it is estimated that roughly 150,000 inhabitants of the Ruhr Area (out of roughly 5 million) are of Polish descent.

Famous Ruhrpolen include Erich Kempka
Erich Kempka
SS-Obersturmbannführer Erich Kempka served as Adolf Hitler's chauffeur from 1934 to April, 1945. He was SS member #2,803 and served in the Allgemeine SS.-Early life:...
, Adolf Hitler
Adolf Hitler
Adolf Hitler was an Austrian-born German politician and the leader of the National Socialist German Workers Party , commonly referred to as the Nazi Party). He was Chancellor of Germany from 1933 to 1945, and head of state from 1934 to 1945...
’s chauffeur, as well as players of FC Schalke 04
FC Schalke 04
Fußball-Club Gelsenkirchen-Schalke 04, commonly known as simply FC Schalke 04 or Schalke , is a German, association-football club originally from the Schalke district of Gelsenkirchen, North Rhine-Westphalia. Schalke has long been one of the most popular football teams in Germany, even though major...
- Fritz Szepan
Fritz Szepan
Friedrich "Fritz" Szepan was a German footballer in the period leading up to and including World War II. He spent his entire career with Schalke 04 where he won six national championships and one German Cup. He is commonly regarded as one of the greatest Schalke players of all time...
and Ernst Kuzorra
Ernst Kuzorra
Ernst Kuzorra was a German footballer of the pre-war era. During his entire career, he played for Schalke 04, whom he led to six national championships and one national cup...
whose parents were from Masuria
Masuria
Masuria is an area in northeastern Poland famous for its 2,000 lakes. Geographically, Masuria is part of two adjacent lakeland districts, the Masurian Lake District and the Iława Lake District...
.
The source of this article is wikipedia, the free encyclopedia.  The text of this article is licensed under the GFDL.