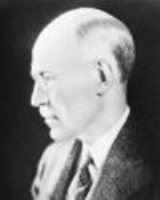 Encyclopedia
Ross Granville Harrison (January 13, 1870 – September 30, 1959) was an American
United States
The United States of America is a federal constitutional republic comprising fifty states and a federal district...
biologist and anatomist credited as the first to work successfully with artificial tissue culture
Tissue culture
Tissue culture is the growth of tissues or cells separate from the organism. This is typically facilitated via use of a liquid, semi-solid, or solid growth medium, such as broth or agar...
.

Harrison received his early schooling in Baltimore
Baltimore
Baltimore is the largest independent city in the United States and the largest city and cultural center of the US state of Maryland. The city is located in central Maryland along the tidal portion of the Patapsco River, an arm of the Chesapeake Bay. Baltimore is sometimes referred to as Baltimore...
, where his family moved from Germantown
Germantown
- Places :in the United States* Germantown, California, former name of Artois, California* Germantown, Connecticut* Germantown, Illinois* Germantown, Decatur County, Indiana...
. Announcing in his mid teens a resolve to study medicine, he entered Johns Hopkins University
Johns Hopkins University
The Johns Hopkins University, commonly referred to as Johns Hopkins, JHU, or simply Hopkins, is a private research university based in Baltimore, Maryland, United States...
in 1886, receiving his BA degree in 1889 at the age of nineteen. In 1890, he worked as a laboratory assistant for the United States Fish Commission, studying the embryology of the oyster with his close friend E. G. Conklin and H. V. Wilson.

In 1891, he participated in a marine zoology field trip to Jamaica
Jamaica
Jamaica is an island nation of the Greater Antilles, in length, up to in width and 10,990 square kilometres in area. It is situated in the Caribbean Sea, about south of Cuba, and west of Hispaniola, the island harbouring the nation-states Haiti and the Dominican Republic...
. He worked in Bonn
Bonn
Bonn is the 19th largest city in Germany. Located in the Cologne/Bonn Region, about 25 kilometres south of Cologne on the river Rhine in the State of North Rhine-Westphalia, it was the capital of West Germany from 1949 to 1990 and the official seat of government of united Germany from 1990 to 1999....
, Germany
Germany
Germany , officially the Federal Republic of Germany , is a federal parliamentary republic in Europe. The country consists of 16 states while the capital and largest city is Berlin. Germany covers an area of 357,021 km2 and has a largely temperate seasonal climate...
during 1892-3, 1895-6 and 1898, attracted to the work of Moritz Nussbaum, becoming an M.D. there in 1899. He gained his Ph.D. in 1894 after courses in physiology with H. Newell Martin and morphology with William Keith Brooks
William Keith Brooks
William Keith Brooks, LL.D., Ph.D. was an American zoologist, born in Cleveland, Ohio, March 25, 1848. He was educated at Williams College and at Harvard . He was employed at Johns Hopkins University from 1876 onward...
. He devoted study to mathematics, astronomy and also the Latin and Greek classics. He worked with T. H. Morgan as a lecturer in morphology at Bryn Mawr. He married Ida Lange in Altona, Germany on January 9, 1896 and they had a family of five children.

He then moved to New Haven to take up a post at Yale University
Yale University
Yale University is a private, Ivy League university located in New Haven, Connecticut, United States. Founded in 1701 in the Colony of Connecticut, the university is the third-oldest institution of higher education in the United States...
, where he was Bronson Professor of Comparative Anatomy, participating through to 1913 in a revitalisation and re-organisation of the several faculties of which he became a member. He undertook further studies at the United States Fish Commission in the early years of the century. In 1913 he was elected to the National Academy of Sciences
United States National Academy of Sciences
The National Academy of Sciences is a corporation in the United States whose members serve pro bono as "advisers to the nation on science, engineering, and medicine." As a national academy, new members of the organization are elected annually by current members, based on their distinguished and...
and the American Philosophical Society
American Philosophical Society
The American Philosophical Society, founded in 1743, and located in Philadelphia, Pa., is an eminent scholarly organization of international reputation, that promotes useful knowledge in the sciences and humanities through excellence in scholarly research, professional meetings, publications,...
. From 1914 until his retirement in 1938, Harrison was the Medical School's chief advisor on staffing.

The first world war was not a happy time for Harrison, with his pacifist leanings and his German wife and studies, but he persevered with embryology, working upon the symmetries of development. By means of the dissection of embryos followed by transplantation and rotatation of the limb bud he demonstrated that the main axes of the developing limb are determined independently and at slightly different times, determination of the anterior-posterior axis preceding that of the dorsal-ventral axis.

He successfully cultured frog neuroblast
Neuroblast
A neuroblast is a dividing cell that will develop into neurons or glia. The characterisation of neuroblasts and their development in Drosophila melanogaster was widely achieved by Chris Doe, Corey Goodman and Mike Bate. In humans, neuroblasts produced by stem cells in the adult subventricular zone...
s in a lymph
Lymph
Lymph is considered a part of the interstitial fluid, the fluid which lies in the interstices of all body tissues. Interstitial fluid becomes lymph when it enters a lymph capillary...
medium and thereby took the first step toward current research on precursor and stem cells. He was considered for a Nobel prize for his work on nerve-cell outgrowth, which helped form the modern functional understanding of the nervous system, and he contributed to surgical tissue transplant technique.

After his retirement he was called upon several times as an advisor to the U.S. government and his organisational skills were of paramount importance in establishing links between scientists, the government and the media. He was Chairman of the National Research Council from 1938 to 1946. He was a member of the Science Committee of the National Resources Planning Board in 1938 and chairman of the Committee on Civil Service Improvement in 1939. He was awarded many prizes and officiated in many learned societies. He edited the Journal of Experimental Zoology until 1946. He also served on the board of trustees for Science Service, now known as Society for Science & the Public
Society for Science & the Public
Society for Science & the Public , formerly known as Science Service, is a 5013 non-profit organization dedicated to the promotion of science, through its science education programs and publications, including the weekly Science News magazine.Headquartered in Washington, D.C., the organization...
, from 1938-1956.

Although a keen morphogeneticist and an admirer of Goethe, Harrison himself did not philosophise much in his papers and, being somewhat reserved and diffident in his social dealings despite his warm feelings for his students' attainment, did not enjoy lecturing but chiefly confined himself to organisation, publication (his textbook illustrations have been highly praised) and patient experiment. He remained a keen walker all his life.
The source of this article is wikipedia, the free encyclopedia.  The text of this article is licensed under the GFDL.