Encyclopedia
River View Cemetery in the southwest section of Portland, Oregon
Portland, Oregon
Portland is a city located in the Pacific Northwest, near the confluence of the Willamette and Columbia rivers in the U.S. state of Oregon. As of the 2010 Census, it had a population of 583,776, making it the 29th most populous city in the United States...
, United States
United States
The United States of America is a federal constitutional republic comprising fifty states and a federal district...
, is a non-profit cemetery
Cemetery
A cemetery is a place in which dead bodies and cremated remains are buried. The term "cemetery" implies that the land is specifically designated as a burying ground. Cemeteries in the Western world are where the final ceremonies of death are observed...
founded in 1882. It is the final resting place of many prominent and notable citizens of Oregon
Oregon
Oregon is a state in the Pacific Northwest region of the United States. It is located on the Pacific coast, with Washington to the north, California to the south, Nevada on the southeast and Idaho to the east. The Columbia and Snake rivers delineate much of Oregon's northern and eastern...
, including many governors and United States Senators. Other notable burials include the Weinhard
Henry Weinhard's
Henry Weinhard's Private Reserve and Blitz-Weinhard are brands of beer first brewed in 1856 in Portland, Oregon, United States. The brewery was owned by the brewer Henry Weinhard of the Weinhard family, who also made a line of soft drinks which survives to this day.The Blitz-Weinhard brand was...
family, football player Lyle Alzado
Lyle Alzado
Lyle Martin Alzado was a professional American football defensive lineman of the National Football League famous for his intense and intimidating style of play....
, and Carl Mays
Carl Mays
Carl William Mays was a right-handed pitcher in Major League Baseball from 1915 to 1929. Despite impressive career statistics, he is primarily remembered for throwing a beanball on August 16, 1920, that struck and killed Ray Chapman of the Cleveland Indians, making Chapman one of two people to die...
the baseball player who killed an opposing player with a pitch in a Major League
Major League Baseball
Major League Baseball is the highest level of professional baseball in the United States and Canada, consisting of teams that play in the National League and the American League...
game, and famous western lawman Virgil Earp
Virgil Earp
Virgil Walter Earp fought in the Civil War. He was U.S. Deputy Marshal for south-eastern Arizona and Tombstone City Marshal at the time of the Gunfight at the O.K. Corral in the Arizona Territory. Two months after the shootout in Tombstone, outlaw Cowboys ambushed Virgil on the streets of...
.

River View Cemetery was founded as a non-profit cemetery by William S. Ladd
William S. Ladd
William Sargent Ladd was an American politician and businessman in Oregon. He twice served as Portland, Oregon’s mayor in the 1850s. A native of Vermont, he was a prominent figure in the early development of Portland, and co-founded the first bank in the state in 1859...
, James Terwilliger, Henry Failing
Henry Failing
Henry Failing was a banker, and one of the leading businessmen of the Pacific Northwest of the United States. He was one of Portland, Oregon's earliest residents, and served as that city's mayor for three two-year terms...
, Henry Corbett, Henry Pittock
Henry Pittock
Henry Lewis Pittock was an Oregon pioneer, newspaper editor, publisher, and wood and paper magnate. He was active in Republican politics and Portland, Oregon civic affairs, a Freemason and an avid outdoorsman and adventurer...
, Simon Benson
Simon Benson
Simon Benson was a noted businessman and philanthropist from Portland, Oregon.-Background:Simon Benson was born Simon Iversen in Norway, one of seven children in the Berger Iversen family. His eldest brother Jon immigrated to the United States in 1861, followed by his sister Mathea in 1865...
, and others in 1882. All those who joined co-owned the cemetery. In 1902 a Roll Call statue was added to honor the 165 Oregonians that died in the Spanish-American War
Spanish-American War
The Spanish–American War was a conflict in 1898 between Spain and the United States, effectively the result of American intervention in the ongoing Cuban War of Independence...
. The first adult burial was Dr. William Henry Watkins. In the 1940s a 135 person chapel was added, designed by Pietro Belluschi
Pietro Belluschi
Pietro Belluschi was an American architect, a leader of the Modern Movement in architecture, and was responsible for the design of over one thousand buildings....
.

Overlooking the Willamette River
Willamette River
The Willamette River is a major tributary of the Columbia River, accounting for 12 to 15 percent of the Columbia's flow. The Willamette's main stem is long, lying entirely in northwestern Oregon in the United States...
, the cemetery has a variety of mausoleum
Mausoleum
A mausoleum is an external free-standing building constructed as a monument enclosing the interment space or burial chamber of a deceased person or persons. A monument without the interment is a cenotaph. A mausoleum may be considered a type of tomb or the tomb may be considered to be within the...
s including the Hilltop Garden Mausoleum and Main Mausoleum. There are also private mausoleums and crypts. River View is an endowment care cemetery as defined by the state of Oregon.

River View Cemetery occupies approximately 350 acres on the west slope of the Willamette River, south of Downtown Portland
Downtown Portland
Downtown Portland, the city center of Portland, Oregon, United States, is located on the west bank of the Willamette River. It is in the northeastern corner of the southwest section of the city and is where most of the city's high-rise buildings are found....
, but approximately half of the property is not a devleoped cemetery. Initially, this excess land was held for future expansion of the cemetery, but demographic trends away from burial (in favor of cremation
Cremation
Cremation is the process of reducing bodies to basic chemical compounds such as gasses and bone fragments. This is accomplished through high-temperature burning, vaporization and oxidation....
) have reduced the need for future expansion. For example, in 1973 8% of Oregonians chose cremation, versus 68% in 2010.

In 2006, the River View Cemetery Association sought to develop 184 acres of their surplus land into residential properties, and filed a $24 million dollar compensation claim under Oregon Ballot Measures 37 (2004) and 49 (2007). In 2007, the River View Cemetery Association submitted an application to change the zoning of the surplus land from open space to single-family residential for 182 housing units. On May 2, 2011 the City of Portland announced that it had agreed to purchase 146 acres of this undeveloped surplus land for $11.25 million, which will be managed by Portland Parks & Recreation
Portland Parks & Recreation
Portland Parks & Recreation is the bureau of the City of Portland which protects the parks, natural areas, recreational facilities, gardens, and trails of the city of Portland, Oregon....
with the initial goals of habitat stabilization, removal of invasive species, and trail and access planning. 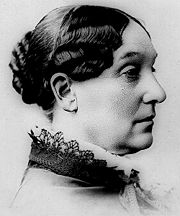