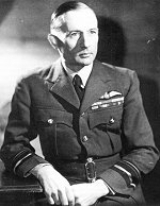 Ralph Cochrane was born on 24 February 1895, the youngest son of Thomas Cochrane, 1st Baron Cochrane of Cults, in the Scottish
Scotland
Scotland is a country that is part of the United Kingdom. Occupying the northern third of the island of Great Britain, it shares a border with England to the south and is bounded by the North Sea to the east, the Atlantic Ocean to the north and west, and the North Channel and Irish Sea to the...
village of Springfield
Springfield, Fife
The small village of Springfield lies at the edge of the Howe of Fife, to the south of the town of Cupar, Fife, Scotland. The origin of the community is thought to be from the linen industry in the 19th century. The Church of Scotland parish church was built in 1861...
. Although not certain, it is likely that he attended the Royal Naval College at Osborne
Osborne House
Osborne House is a former royal residence in East Cowes, Isle of Wight, UK. The house was built between 1845 and 1851 for Queen Victoria and Prince Albert as a summer home and rural retreat....
in 1908. On 15 September 1912, Cochrane entered the Royal Navy
Royal Navy
The Royal Navy is the naval warfare service branch of the British Armed Forces. Founded in the 16th century, it is the oldest service branch and is known as the Senior Service...
proper as a midshipman
Midshipman
A midshipman is an officer cadet, or a commissioned officer of the lowest rank, in the Royal Navy, United States Navy, and many Commonwealth navies. Commonwealth countries which use the rank include Australia, New Zealand, South Africa, India, Pakistan, Singapore, Sri Lanka and Kenya...
.

In January 1920, he was removed from the Navy List and granted a commission in the Royal Air Force. Between the Wars, Cochrane served in various staff positions and commanded No. 3 Squadron
No. 3 Squadron RAF
No 3 Squadron of the Royal Air Force operates the Typhoon F2, FGR4 and T3 from RAF Coningsby, Lincolnshire.No 3 Squadron, which celebrated its 95th anniversary over the weekend of 11-13 May 2007, is unique in the RAF for having two official crests....
from 1924 before attending the RAF Staff College commanding and No. 8 Squadron from 1929. He attended the Imperial Defence College
Royal College of Defence Studies
The Royal College of Defence Studies is an internationally-renowned institution and component of the Defence Academy of the United Kingdom...
in 1935.

In February 1945, Cochrane became Air Officer Commanding at RAF Transport Command
RAF Transport Command
RAF Transport Command was a Royal Air Force command that controlled all transport aircraft of the RAF. It was established on 25 March 1943 by the renaming of the RAF Ferry Command, and was subsequently renamed RAF Air Support Command in 1967.-History:...
, a position he held until 1947 when he became Air Officer Commanding at RAF Flying Training Command
RAF Flying Training Command
Flying Training Command was an organization within the Royal Air Force which controlled units responsible for delivering flying training. The command's headquarters were at Shinfield Park, Reading in Berkshire.-History:...
. During this time he managed the Berlin Airlift. In 1950 Cochrane was appointed Vice-Chief of the Air Staff
Vice-Chief of the Air Staff (United Kingdom)
The British Vice-Chief of the Air Staff was the post occupied by the senior Royal Air Force officer who served as a senior assistant to the Chief of the Air Staff. The post was created during World War II on 22 April 1940 and its incumbement sat on the Air Council...
. Ralph Cochrane retired from the service in 1952. Following his retirement, Cochrane entered the business world notably as director of Rolls Royce. He was also chairman of RJM exports which manufactured scientific models and is now known as Cochranes of Oxford.
The source of this article is wikipedia, the free encyclopedia.  The text of this article is licensed under the GFDL.