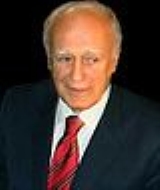 Encyclopedia
The President of the Hellenic Republic , colloquially referred to in English as the President of Greece, is the head of state
Head of State
A head of state is the individual that serves as the chief public representative of a monarchy, republic, federation, commonwealth or other kind of state. His or her role generally includes legitimizing the state and exercising the political powers, functions, and duties granted to the head of...
of Greece
Greece
Greece , officially the Hellenic Republic , and historically Hellas or the Republic of Greece in English, is a country in southeastern Europe....
. The office of the President of the Republic was established after the Greek republic referendum, 1974 and formally by the Constitution of Greece
Constitution of Greece
The Constitution of Greece , was created by the Fifth Revisional Parliament of the Hellenes and entered into force in 1975. It has been revised three times since, most significantly in 1986, and also in 2001 and in 2008. The Constitutional history of Greece goes back to the Greek War of...
in 1975. The incumbent is Dr. Karolos Papoulias
Karolos Papoulias
-Honours:*Knight Grand Cross with Grand Cordon of the Order of Merit of the Italian Republic *Knight Grand Cross of the Grand Order of King Tomislav *Knight of the Order of the Elephant- External links :*...
.

The President is the nominal Commander-in-chief
Commander-in-Chief
A commander-in-chief is the commander of a nation's military forces or significant element of those forces. In the latter case, the force element may be defined as those forces within a particular region or those forces which are associated by function. As a practical term it refers to the military...
of the Armed Forces and occupies the first place in the Greek order of precedence. His position however is largely ceremonial, as the President's powers were limited under the current Greek Constitution
Constitution of Greece
The Constitution of Greece , was created by the Fifth Revisional Parliament of the Hellenes and entered into force in 1975. It has been revised three times since, most significantly in 1986, and also in 2001 and in 2008. The Constitutional history of Greece goes back to the Greek War of...
of 1974, and again curtailed in the Constitutional amendment of 1986
Greek Constitutional amendment of 1986
The Greek Constitutional amendment of 1986 was based on the previously increased responsibilities of the President of the Republic. Despite the fact that the "increased" responsibilities of the President of the Republic were never exercised until 1986, by virtue of their mere existence they...
. The Prime Minister of Greece
Prime Minister of Greece
The Prime Minister of Greece , officially the Prime Minister of the Hellenic Republic , is the head of government of the Hellenic Republic and the leader of the Greek cabinet. The current interim Prime Minister is Lucas Papademos, a former Vice President of the European Central Bank, following...
is the active chief executive of the Greek government.

Election of the President

The President of the Republic is elected for five years by the Parliament (not through direct popular vote). Article 32 of the Greek Constitution
Constitution of Greece
The Constitution of Greece , was created by the Fifth Revisional Parliament of the Hellenes and entered into force in 1975. It has been revised three times since, most significantly in 1986, and also in 2001 and in 2008. The Constitutional history of Greece goes back to the Greek War of...
provides that a President should be elected by roll call by a special session of Parliament and at least a month before the incumbent President is due to leave office in either one or two stages. The tenure of the President may be extended in the event of War or if the voting for a new President is not completed in time.

In the first ballot the votes of a two-thirds majority of the total number of Members of Parliament is required.

If the said majority is not attained, the ballot is repeated after five days, the same majority being required.

The second stage of the procedure is conducted by the new Parliament as soon as it has constituted itself as a body and includes another three successive ballots:

In the first ballot the votes of a three-fifths majority of the total number of Members of Parliament is required.

Should this majority not be attained, voting is repeated within five days and the person receiving an absolute majority of the votes of the total number of Members of Parliament shall be elected President of the Republic.

If the second ballot fails to produce the required majority, then within five days the third and final vote takes place between the two candidates receiving the highest number of votes. The person who receives a relative majority shall be elected President of the Republic.

Before taking office, the President must recite an oath
Oath
An oath is either a statement of fact or a promise calling upon something or someone that the oath maker considers sacred, usually God, as a witness to the binding nature of the promise or the truth of the statement of fact. To swear is to take an oath, to make a solemn vow...
before Parliament:

"I swear (in the name of the Holy, Consubstantial and Indivisible Trinity) to safeguard the Constitution and the laws, to ensure their faithful observance, to defend the national independence and territorial integrity of the Country, to protect the rights and liberties of the Greeks and to serve the general interest and the progress of the Greek People."

The current Third Hellenic Republic was declared in 1974 during the period of metapolitefsi
Metapolitefsi
The Metapolitefsi was a period in Greek history after the fall of the Greek military junta of 1967–1974 that includes the transitional period from the fall of the dictatorship to the Greek legislative elections of 1974 and the democratic period immediately after these elections.The long...
, after the end of the Regime of the Colonels which had controlled Greece since the coup d'état of 21 April 1967.

The Junta had already held a staged plebiscite
Greek plebiscite, 1973
The Greek plebiscite of 29 July 1973 was held by the then ruling dictatorial regime under Georgios Papadopoulos and resulted in the abolition of monarchy and the establishment of a Republic, initiating the first period of the Metapolitefsi.- Background :...
to abolish the monarchy on 29 July 1973, and passed a new Constitution which established a presidential
Presidential system
A presidential system is a system of government where an executive branch exists and presides separately from the legislature, to which it is not responsible and which cannot, in normal circumstances, dismiss it....
republic (with junta ringleader Georgios Papadopoulos as President). This short-lived attempt at controlled democratization was ended by Brigadier Dimitrios Ioannides
Dimitrios Ioannides
Dimitrios Ioannidis , also known as Dimitris Ioannidis, was a Greek military officer and one of the leading figures in the Greek military junta of 1967–1974.He was born in Athens to a wealthy, upper middle-class business family with roots in Epirus....
' overthrow of Papadopoulos in November 1973. The Republic was maintained, but was nothing more than a façade for the military regime.

After the fall of the regime and the return to civilian rule in August 1974 however, the legal and constitutional acts of the junta were deemed invalid, and a new plebiscite
Greek plebiscite, 1974
The Greek plebiscite of December 8, 1974, resulted in the final abolition of the monarchy in Greece and the establishment of the current Third Hellenic Republic....
was held on 8 December 1974, which finally abolished the monarchy. A new Constitution
Constitution of Greece
The Constitution of Greece , was created by the Fifth Revisional Parliament of the Hellenes and entered into force in 1975. It has been revised three times since, most significantly in 1986, and also in 2001 and in 2008. The Constitutional history of Greece goes back to the Greek War of...
, promulgated on 11 June 1975, declared Greece a president
President
A president is a leader of an organization, company, trade union, university, or country.Etymologically, a president is one who presides, who sits in leadership...
ial parliamentary
Parliamentary republic
A parliamentary republic or parliamentary constitutional republic is a type of republic which operates under a parliamentary system of government - meaning a system with no clear-cut separation of powers between the executive and legislative branches. There are a number of variations of...
democracy
Democracy
Democracy is generally defined as a form of government in which all adult citizens have an equal say in the decisions that affect their lives. Ideally, this includes equal participation in the proposal, development and passage of legislation into law...
(or republic
Republic
A republic is a form of government in which the people, or some significant portion of them, have supreme control over the government and where offices of state are elected or chosen by elected people. In modern times, a common simplified definition of a republic is a government where the head of...
– the Greek
Greek language
Greek is an independent branch of the Indo-European family of languages. Native to the southern Balkans, it has the longest documented history of any Indo-European language, spanning 34 centuries of written records. Its writing system has been the Greek alphabet for the majority of its history;...
δημοκρατία can be translated both ways). This constitution, revised in 1985 and 2001, is still in force today.