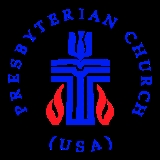 With 2,077,158 members and 13,462 ordained
Ordination
In general religious use, ordination is the process by which individuals are consecrated, that is, set apart as clergy to perform various religious rites and ceremonies. The process and ceremonies of ordination itself varies by religion and denomination. One who is in preparation for, or who is...
minister
Minister of religion
In Christian churches, a minister is someone who is authorized by a church or religious organization to perform functions such as teaching of beliefs; leading services such as weddings, baptisms or funerals; or otherwise providing spiritual guidance to the community...
s in 10,657 congregations in 2009, the reunited denomination is the most visible and influential Presbyterian denomination in North America.

Why doesn't the Prebyterian USA join the Unitarians?

How does the Presbyterian Church USA justify ordaining homosexual into the ministry?

Does PCA extend and open a work in the third world countries? Will PCA admit or accept independent christian churches in other countries that are will...

What is the view of abortion?

Our beloved presbyterian pastor in raleigh was russell fleming. do you have a bio?
More

Liberalism in the Presbyterian USA

How did the universe existed when God died?

Is Jesus Christ God or the Holy Spirit?
More
x