Encyclopedia
Phase in waves is the fraction of a wave cycle which has elapsed relative to an arbitrary point.

are constant parameters. These functions are periodic with period

, and they are identical except for a displacement of

axis. The term phase can refer to several different things:

Phase shift is any change that occurs in the phase of one quantity, or in the phase difference between two or more quantities.

is sometimes referred to as a phase-shift, because it represents a "shift" from zero phase. But a change in

is also referred to as a phase shift.

For infinitely long sinusoids, a change in

is the same as a shift in time, such as a time-delay.  If

is delayed (time-shifted) by

of its cycle, it becomes:

whose "phase" is now

It has been shifted by 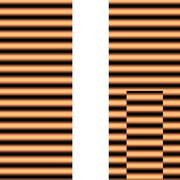 Phase difference is the difference, expressed in electrical degrees or time, between two waves having the same frequency and referenced to the same point in time. Two oscillators that have the same frequency and different phases have a phase difference, and the oscillators are said to be out of phase with each other. The amount by which such oscillators are out of step with each other can be expressed in degree
Degree (angle)
A degree , usually denoted by ° , is a measurement of plane angle, representing 1⁄360 of a full rotation; one degree is equivalent to π/180 radians...
s from 0° to 360°, or in radian
Radian
Radian is the ratio between the length of an arc and its radius. The radian is the standard unit of angular measure, used in many areas of mathematics. The unit was formerly a SI supplementary unit, but this category was abolished in 1995 and the radian is now considered a SI derived unit...
s from 0 to 2π. If the phase difference is 180 degrees (π radians), then the two oscillators are said to be in antiphase. If two interacting wave
Wave
In physics, a wave is a disturbance that travels through space and time, accompanied by the transfer of energy.Waves travel and the wave motion transfers energy from one point to another, often with no permanent displacement of the particles of the medium—that is, with little or no associated mass...
s meet at a point where they are in antiphase, then destructive interference will occur. It is common for waves of electromagnetic (light, RF), acoustic (sound) or other energy to become superposed in their transmission medium. When that happens, the phase difference determines whether they reinforce or weaken each other. Complete cancellation is possible for waves with equal amplitudes.

Time is sometimes used (instead of angle) to express position within the cycle of an oscillation.

The term in-phase is also found in the context of communication signals:

represent possible modulation
Modulation
In electronics and telecommunications, modulation is the process of varying one or more properties of a high-frequency periodic waveform, called the carrier signal, with a modulating signal which typically contains information to be transmitted...
of a pure carrier wave, e.g.:

) The modulation alters the original

) component of the carrier, and creates a (new)

) component, as shown above. The component that is in phase with the original carrier is referred to as the in-phase component. The other component, which is always 90° (

radians) "out of phase", is referred to as the quadrature component.

Coherence
Coherence (physics)
In physics, coherence is a property of waves that enables stationary interference. More generally, coherence describes all properties of the correlation between physical quantities of a wave....
is the quality of a wave to display well defined phase relationship in different regions of its domain of definition.

In physics, quantum mechanics
Quantum mechanics
Quantum mechanics, also known as quantum physics or quantum theory, is a branch of physics providing a mathematical description of much of the dual particle-like and wave-like behavior and interactions of energy and matter. It departs from classical mechanics primarily at the atomic and subatomic...
ascribes waves to physical objects. The wave function is complex and since its square modulus is associated with the probability of observing the object, the complex character of the wave function is associated to the phase. Since the complex algebra is responsible for the striking interference effect of quantum mechanics, phase of particles is therefore ultimately related to their quantum behavior. 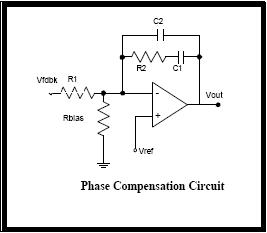