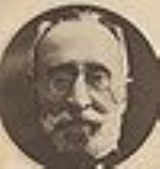 Encyclopedia
Paolo Boselli was an Italian
Italy
Italy , officially the Italian Republic languages]] under the European Charter for Regional or Minority Languages. In each of these, Italy's official name is as follows:;;;;;;;;), is a unitary parliamentary republic in South-Central Europe. To the north it borders France, Switzerland, Austria and...
politician who served as the 34th Prime Minister of Italy during World War I
World War I
World War I , which was predominantly called the World War or the Great War from its occurrence until 1939, and the First World War or World War I thereafter, was a major war centred in Europe that began on 28 July 1914 and lasted until 11 November 1918...
.

Boselli was born in Savona
Savona
Savona is a seaport and comune in the northern Italian region of Liguria, capital of the Province of Savona, in the Riviera di Ponente on the Mediterranean Sea....
, Liguria
Liguria
Liguria is a coastal region of north-western Italy, the third smallest of the Italian regions. Its capital is Genoa. It is a popular region with tourists for its beautiful beaches, picturesque little towns, and good food.-Geography:...
.

In June 1916 he was a relatively undistinguished center-right politician and one the oldest members of the Italian parliament, when he was appointed Prime Minister, following the collapse of the Salandra
Antonio Salandra
Antonio Salandra was a conservative Italian politician who served as the 33rd Prime Minister of Italy between 1914 and 1916...
government as a result of military defeats.
His government fell in October 1917 as a result of the Italian military defeat in the Caporetto
Battle of Caporetto
The Battle of Caporetto , took place from 24 October to 19 November 1917, near the town of Kobarid , on the Austro-Italian front of World War I...
.