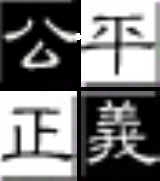 Encyclopedia
The Pan-Purple Coalition or the Alliance of Fairness and Justice (AFJ) is a social activist umbrella group based in the Republic of China
Republic of China
The Republic of China , commonly known as Taiwan , is a unitary sovereign state located in East Asia. Originally based in mainland China, the Republic of China currently governs the island of Taiwan , which forms over 99% of its current territory, as well as Penghu, Kinmen, Matsu and other minor...
(Taiwan
Taiwan
Taiwan , also known, especially in the past, as Formosa , is the largest island of the same-named island group of East Asia in the western Pacific Ocean and located off the southeastern coast of mainland China. The island forms over 99% of the current territory of the Republic of China following...
) . The coalition brings together nine social welfare organizations and promotes the causes of the underprivileged. It supports progressive taxation, a national social welfare system, education reforms, and gender and ethnic equality.