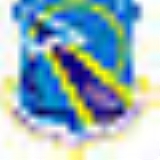 Encyclopedia
Palermo-Boccadifalco Airport , also known as Emanuele Notarbartolo Airport, is the elder of two facilities which serve the Sicilian
Sicily
Sicily is a region of Italy, and is the largest island in the Mediterranean Sea. Along with the surrounding minor islands, it constitutes an autonomous region of Italy, the Regione Autonoma Siciliana Sicily has a rich and unique culture, especially with regard to the arts, music, literature,...
capital Palermo
Palermo
Palermo is a city in Southern Italy, the capital of both the autonomous region of Sicily and the Province of Palermo. The city is noted for its history, culture, architecture and gastronomy, playing an important role throughout much of its existence; it is over 2,700 years old...
, in Italy
Italy
Italy , officially the Italian Republic languages]] under the European Charter for Regional or Minority Languages. In each of these, Italy's official name is as follows:;;;;;;;;), is a unitary parliamentary republic in South-Central Europe. To the north it borders France, Switzerland, Austria and...
. Located on the outskirts of the city, just before Monte Cuccio, it is one of the oldest airports in the country. Today it houses a Botanical garden
Botanical garden
A botanical garden The terms botanic and botanical, and garden or gardens are used more-or-less interchangeably, although the word botanic is generally reserved for the earlier, more traditional gardens. is a well-tended area displaying a wide range of plants labelled with their botanical names...
and an ancient villa. The latter is used as the Officer's Club by the Italian Aeronautica Militare
Aeronautica Militare
The Italian Air Force is the air force of the Italian Republic. It has held a prominent role in modern Italian military history...
(Airforce).

The airport was built during the early 1920s and became the base of the Italian Regia Aeronautica
Regia Aeronautica
The Italian Royal Air Force was the name of the air force of the Kingdom of Italy. It was established as a service independent of the Royal Italian Army from 1923 until 1946...
with Palermo as the headquarters of the 4th Aerial Zone. After being seized by Allied forces during the Invasion of Sicily (Operation Husky) in July 1943, it was used by the United States Army Air Forces
United States Army Air Forces
The United States Army Air Forces was the military aviation arm of the United States of America during and immediately after World War II, and the direct predecessor of the United States Air Force....
Twelfth Air Force as a combat airfield. The 52d Fighter Group flew Supermarine Spitfire
Supermarine Spitfire
The Supermarine Spitfire is a British single-seat fighter aircraft that was used by the Royal Air Force and many other Allied countries throughout the Second World War. The Spitfire continued to be used as a front line fighter and in secondary roles into the 1950s...
s from the airport from the end of July until December 1943. It was turned back over to Italian authorities after the Americans advanced north into Italy.

After the war, it was Palermo's main airport and the third busiest in Italy. 1960 saw the opening of Palermo International Airport
Palermo International Airport
-The Company:GESAP S.p.a. is the airport management company of "Falcone e Borsellino" Airport in Palermo. It has a fully paid-up share capital of € 15,912,332.00 divided between the Regional Province of Palermo, the Comune of Palermo, the Chamber of Commerce, the Comune of Cinisi and other minor...
33  km west of the city; it was also called Punta Raisi Airport. The original site was under joint military-civil use until 1 January 2009, when the Italian aviation authority ENAC
ENAC
ENAC may refer to: - a French civil aeronautics academy* Epithelial sodium channel * Italian Civil Aviation Authority...
, acquired sole use of the airport.
Some wreckage from the 2005 crash of Tuninter Flight 1153
Tuninter Flight 1153
Tuninter Flight 1153 was a Tuninter Airlines flight from Bari International Airport in Bari, Italy, to Djerba-Zarzis Airport in Djerba, Tunisia. On 6 August 2005, the Tuninter ATR-72 ditched into the Mediterranean Sea about 18 miles from the city of Palermo. Sixteen of the 39 people on board died...
was stored at the airport.