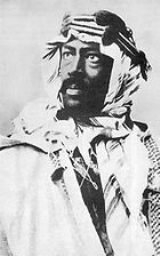 Overview
The Tragedy of Othello, the Moor of Venice is a tragedy
Shakespearean tragedy
Shakespeare wrote tragedies from the beginning of his career. One of his earliest plays was the Roman tragedy Titus Andronicus, which he followed a few years later with Romeo and Juliet. However, his most admired tragedies were written in a seven-year period between 1601 and 1608...
by William Shakespeare
William Shakespeare
William Shakespeare was an English poet and playwright, widely regarded as the greatest writer in the English language and the world's pre-eminent dramatist. He is often called England's national poet and the "Bard of Avon"...
, believed to have been written in approximately 1603, and based on the Italian short story "Un Capitano Moro" ("A Moorish Captain") by Cinthio, a disciple of Boccaccio, first published in 1565. The work revolves around four central characters: Othello
Othello (character)
Othello is a character in Shakespeare's Othello . The character's origin is traced to the tale, "Un Capitano Moro" in Gli Hecatommithi by Giovanni Battista Giraldi Cinthio. There, he is simply referred to as the Moor....
, a Moorish
Moors
The description Moors has referred to several historic and modern populations of the Maghreb region who are predominately of Berber and Arab descent. They came to conquer and rule the Iberian Peninsula for nearly 800 years. At that time they were Muslim, although earlier the people had followed...
general in the Venetian army; his wife Desdemona
Desdemona (Othello)
Desdemona is a character in William Shakespeare's play Othello . Shakespeare's Desdemona is a Venetian beauty who enrages and disappoints her father, a Venetian senator, when she elopes with Othello, a man several years her senior. When her husband is deployed to Cyprus in the service of the...
; his lieutenant, Cassio
Michael Cassio
Michael Cassio, or simply Cassio, is a fictional character in William Shakespeare's Othello. The source of the character is the 1565 tale "Un Capitano Moro" by Cinthio; Cassio is unnamed in Cinthio but referred to as "the squadron leader." In the play, Cassio is a young and handsome lieutenant...
; and his trusted ensign
Ensign (rank)
Ensign is a junior rank of a commissioned officer in the armed forces of some countries, normally in the infantry or navy. As the junior officer in an infantry regiment was traditionally the carrier of the ensign flag, the rank itself acquired the name....
Iago
Iago
Iago is a fictional character in Shakespeare's Othello . The character's source is traced to Giovanni Battista Giraldi Cinthio's tale "Un Capitano Moro" in Gli Hecatommithi . There, the character is simply "the ensign". Iago is a soldier and Othello's ancient . He is the husband of Emilia,...
.

who were the moors?
More

What are some of the themes of Othello?

What symbolism does Shakespeare use in Othello?

What are some motifs of Othello?

Heaven is my judge, not I for love and duty,But seeming so, for my peculiar end:For when my outward action doth demonstrateThe native act and figure of my heartIn compliment extern, 'tis not long afterBut I will wear my heart upon my sleeveFor daws to peck at: I am not what I am.

Your daughter and the Moor are now making the beast with two backs.

Keep up your bright swords, for the dew will rust them.

My story being done,She gave me for my pains a world of sighs:She swore, in faith, 'twas strange, 'twas passing strange; 'Twas pitiful, 'twas wondrous pitiful.

She lov'd me for the dangers I had pass'd,And I lov'd her that she did pity them.

The robb'd that smiles, steals something from the thief; He robs himself that spends a bootless grief.

Look to her, Moor, if thou hast eyes to see:She has deceived her father, and may thee.

Thus do I ever make my fool my purse.

I hate the Moor;And it is thought abroad, that 'twixt my sheetsHe has done my office: I know not if 't be true;But I, for mere suspicion in that kind, will do as if for surety.