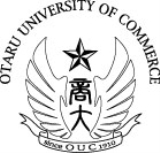 Encyclopedia
is one of the most difficult University in Japan--also --- national universities in Japan
Japanese national university
As of 2008, there were 87 , 89 public universities and 580 private universities in Japan. National universities, tend to be held in higher regard in higher education in Japan than private or public universities....
. Most of graduate get a job in elite companies. The main campus of the university is located in Otaru, Hokkaidō
Otaru, Hokkaido
is a city and port in Shiribeshi, Hokkaido, Japan, northwest of Sapporo. The city faces the Ishikari Bay, and has long served as the main port of the bay. With its many historical buildings, Otaru is a popular tourist destination...
, Japan, and the satellite campus
Satellite campus
A satellite campus or branch campus is a campus of a college or university that is physically detached from the main university or college area, and is often smaller than the main campus of an institution....
is located in Chūō-ku, Sapporo
Chūō-ku, Sapporo
is one of the ten wards in Sapporo city, Japan. Chūō-ku means "central ward" in Japanese. As its name suggests, city administration and entertainment facilities are centred in this ward.- History :...
.

The origin of the university
University
A university is an institution of higher education and research, which grants academic degrees in a variety of subjects. A university is an organisation that provides both undergraduate education and postgraduate education...
dates back to 1910, when the Otaru School of Higher Learning was established in Otaru as the 5th national school of commerce
Commerce
While business refers to the value-creating activities of an organization for profit, commerce means the whole system of an economy that constitutes an environment for business. The system includes legal, economic, political, social, cultural, and technological systems that are in operation in any...
in Japan
Japan
Japan is an island nation in East Asia. Located in the Pacific Ocean, it lies to the east of the Sea of Japan, China, North Korea, South Korea and Russia, stretching from the Sea of Okhotsk in the north to the East China Sea and Taiwan in the south...
. In 1944, during World War II
World War II
World War II, or the Second World War , was a global conflict lasting from 1939 to 1945, involving most of the world's nations—including all of the great powers—eventually forming two opposing military alliances: the Allies and the Axis...
, the school was renamed to Otaru College of Economics. In 1949, the Otaru University of Commerce was officially established, with a Faculty
Faculty (university)
A faculty is a division within a university comprising one subject area, or a number of related subject areas...
of Commerce. The university became a Junior college
Junior college
The term junior college refers to different educational institutions in different countries.-India:In India, most states provide schooling through 12th grade...
and a Graduate School of Commerce. In 1991, the system of the university was reorganized, which established four departments in the Faculty of Commerce: the Department of Economics
Economics
Economics is the social science that analyzes the production, distribution, and consumption of goods and services. The term economics comes from the Ancient Greek from + , hence "rules of the house"...
, Department of Commerce, Department of Law
Law school
A law school is an institution specializing in legal education.- Law degrees :- Canada :...
, and Department of Information and Management Science
Informatics (academic field)
Informatics is the science of information, the practice of information processing, and the engineering of information systems. Informatics studies the structure, algorithms, behavior, and interactions of natural and artificial systems that store, process, access and communicate information...
.

The Otaru University of Commerce's Junior College was abolished in 1996. After the establishment of a satellite campus in Chuo-ku, Sapporo
Chuo-ku, Sapporo
is one of the ten wards in Sapporo city, Japan. Chūō-ku means "central ward" in Japanese. As its name suggests, city administration and entertainment facilities are centred in this ward.- History :...
, the university opened the Major in Business Administration course in the graduate school in 1997. In 2005, the satellite campus
Satellite campus
A satellite campus or branch campus is a campus of a college or university that is physically detached from the main university or college area, and is often smaller than the main campus of an institution....
was moved its current location in Kita-ku, Sapporo
Kita-ku, Sapporo
is a ward of Sapporo composed of residential neighborhoods mostly arranged in grid patterns, and each built surrounding a train station, broken up by areas of farmland and some light-industrial areas. Kita-ku is located in the northern part of Sapporo. With 260,000 people, it is the most...
.

The university is often called "Taru-shō" or "Shō-dai" for an abbreviation. The graduate university has a MBA
Master of Business Administration
The Master of Business Administration is a :master's degree in business administration, which attracts people from a wide range of academic disciplines. The MBA designation originated in the United States, emerging from the late 19th century as the country industrialized and companies sought out...
program called "Major in Entrepreneurship" course. The university affiliates with 17 universities in 12 countries, and accepts international students from 14 countries. As of April 2006, the largest number of international students is 52 from China
China
Chinese civilization may refer to:* China for more general discussion of the country.* Chinese culture* Greater China, the transnational community of ethnic Chinese.* History of China* Sinosphere, the area historically affected by Chinese culture...
.

The symbol of the university was designated on October 1, 1998. The logo imprints the year of the establishment, the name of the university (OUC), and the symbol of two wings of Hermes
Hermes
Hermes is the great messenger of the gods in Greek mythology and a guide to the Underworld. Hermes was born on Mount Kyllini in Arcadia. An Olympian god, he is also the patron of boundaries and of the travelers who cross them, of shepherds and cowherds, of the cunning of thieves, of orators and...
, who is the Olympian god
Twelve Olympians
The Twelve Olympians, also known as the Dodekatheon , in Greek mythology, were the principal deities of the Greek pantheon, residing atop Mount Olympus. Zeus, Hera, Poseidon, Demeter, Hestia, and Hades were siblings. Ares, Hermes, Hephaestus, Athena, Apollo, and Artemis were children of Zeus...
of commerce.

The Faculty of Commerce includes the following departments: