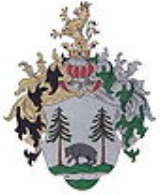 Encyclopedia
Árva is the Hungarian name of a historic administrative county (comitatus
Comitatus (Kingdom of Hungary)
A county is the name of a type of administrative units in the Kingdom of Hungary and in Hungary from the 10th century until the present day....
) of the Kingdom of Hungary
Kingdom of Hungary
The Kingdom of Hungary comprised present-day Hungary, Slovakia and Croatia , Transylvania , Carpatho Ruthenia , Vojvodina , Burgenland , and other smaller territories surrounding present-day Hungary's borders...
. Its territory is presently in northern Slovakia
Slovakia
The Slovak Republic is a landlocked state in Central Europe. It has a population of over five million and an area of about . Slovakia is bordered by the Czech Republic and Austria to the west, Poland to the north, Ukraine to the east and Hungary to the south...
and southern Poland
Poland
Poland , officially the Republic of Poland , is a country in Central Europe bordered by Germany to the west; the Czech Republic and Slovakia to the south; Ukraine, Belarus and Lithuania to the east; and the Baltic Sea and Kaliningrad Oblast, a Russian exclave, to the north...
. Today, the Slovak name is only used as an informal designation of the corresponding territory (see Orava (region)
Orava (region)
Orava is the traditional name of a region situated in northern Slovakia and partially also in southern Poland . It encompasses the territory of the former Árva county.-History:...
).

In the past Árva county shared borders with the Austria
Austria
Austria , officially the Republic of Austria , is a landlocked country of roughly 8.4 million people in Central Europe. It is bordered by the Czech Republic and Germany to the north, Slovakia and Hungary to the east, Slovenia and Italy to the south, and Switzerland and Liechtenstein to the...
n land Galicia and the Hungarian counties Trencsén (Trenčín), Turóc (Turiec) and Liptó (Liptov). The county's territory was situated along the Orava River
Orava River
The Orava is a 60.9 km long river in north-western Slovakia passing through a picturesque country, in the Orava county. Its source is nowadays the Orava water reservoir whose waters flooded the confluence of Biela Orava and Čierna Orava in 1953. It flows into the river Váh near the village...
between Zázrivá
Zázrivá
Zázrivá is a village and municipality in Dolný Kubín District in the Žilina Region of northern Slovakia. It is located in the Orava region, around 35 km from Žilina and 20 km from Dolný KubínIt was first mentioned in 1555....
and the Tatra mountains
Tatra Mountains
The Tatra Mountains, Tatras or Tatra , are a mountain range which forms a natural border between Slovakia and Poland, and are the highest mountain range in the Carpathian Mountains...
. Its area was 2,019 km² around 1910. Now its territory is divided by the Polish-Slovakian border. The main Polish town of Orava is Jabłonka.

The capital of the county was the Orava Castle
Orava (castle)
Orava Castle is situated on a high rock above Orava river. It is considered to be one of the most beautiful castles in Slovakia. The castle was built in the thirteenth century...
, then Veličná
Velicná
Veličná is a village and municipality in Dolný Kubín District in the Zilina Region of northern Slovakia.-Geography:The municipality lies at an altitude of 462 metres and covers an area of 29.302km². It has a population of about 870 people....
and since the late 17th century Dolný Kubín
Dolný Kubín
Dolný Kubín is a town in northern Slovakia in the Žilina Region. It is the historical capital of the Orava region.-Geography:Dolný Kubín lies at an altitude of above sea level and covers an area of ....
.

Árva county as a Hungarian comitatus
Comitatus (Kingdom of Hungary)
A county is the name of a type of administrative units in the Kingdom of Hungary and in Hungary from the 10th century until the present day....
arose before the 15th century. In the aftermath of World War I, the area became part of newly formed Czechoslovakia, as recognized by the concerned states in the 1920 Treaty of Trianon
Treaty of Trianon
The Treaty of Trianon was the peace agreement signed in 1920, at the end of World War I, between the Allies of World War I and Hungary . The treaty greatly redefined and reduced Hungary's borders. From its borders before World War I, it lost 72% of its territory, which was reduced from to...
. After a border dispute (treated in detail under Polish–Czechoslovak border conflicts) several villages in the north-east of the now defunct Árva county's territory were exchanged between Poland and Czechoslovakia
Czechoslovakia
Czechoslovakia or Czecho-Slovakia was a sovereign state in Central Europe which existed from October 1918, when it declared its independence from the Austro-Hungarian Empire, until 1992...
.

In the early 20th century, the districts and their capitals were: