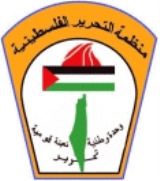 Encyclopedia
The 1973 Israeli raid on Lebanon (known as Operation Spring of Youth, part of Operation Wrath of God) took place on the night of April 9 and early morning of April 10, 1973 when Israel Defense Forces
Israel Defense Forces
The Israel Defense Forces , commonly known in Israel by the Hebrew acronym Tzahal , are the military forces of the State of Israel. They consist of the ground forces, air force and navy. It is the sole military wing of the Israeli security forces, and has no civilian jurisdiction within Israel...
special forces
Special forces
Special forces, or special operations forces are terms used to describe elite military tactical teams trained to perform high-risk dangerous missions that conventional units cannot perform...
units attacked several Palestine Liberation Organization
Palestine Liberation Organization
The Palestine Liberation Organization is a political and paramilitary organization which was created in 1964. It is recognized as the "sole legitimate representative of the Palestinian people" by the United Nations and over 100 states with which it holds diplomatic relations, and has enjoyed...
(PLO) targets in Beirut
Beirut
Beirut is the capital and largest city of Lebanon, with a population ranging from 1 million to more than 2 million . Located on a peninsula at the midpoint of Lebanon's Mediterranean coastline, it serves as the country's largest and main seaport, and also forms the Beirut Metropolitan...
and Sidon
Sidon
Sidon or Saïda is the third-largest city in Lebanon. It is located in the South Governorate of Lebanon, on the Mediterranean coast, about 40 km north of Tyre and 40 km south of the capital Beirut. In Genesis, Sidon is the son of Canaan the grandson of Noah...
, Lebanon
Lebanon
Lebanon , officially the Republic of LebanonRepublic of Lebanon is the most common term used by Lebanese government agencies. The term Lebanese Republic, a literal translation of the official Arabic and French names that is not used in today's world. Arabic is the most common language spoken among...
.

The operation is generally considered to be part of the retaliation for the Munich Massacre
Munich massacre
The Munich massacre is an informal name for events that occurred during the 1972 Summer Olympics in Munich, Bavaria in southern West Germany, when members of the Israeli Olympic team were taken hostage and eventually killed by the Palestinian group Black September. Members of Black September...
at the Summer Olympics in 1972.

The Israeli Sayeret Matkal
Sayeret Matkal
Sayeret Matkal is a special forces unit of the Israel Defence Forces , which is subordinated to the intelligence directorate Aman. First and foremost a field intelligence-gathering unit, conducting deep reconnaissance behind enemy lines to obtain strategic intelligence, Sayeret Matkal is also...
forces arrived at the Lebanese beaches in Zodiac
Zodiac Group
Zodiac, which became Zodiac Aerospace in 2007, is a French corporation, specialized in the production and development of on-board systems, safety systems and cabin interiors...
boats launched from missile ships offshore. Mossad
Mossad
The Mossad , short for HaMossad leModi'in uleTafkidim Meyuchadim , is the national intelligence agency of Israel....
agents awaited the forces on the beaches with cars rented the previous day, and then drove them to their targets and later back to the beaches for extraction.

During the operation, three of the highest-level PLO leaders, surprised at home, were killed, along with other PLO members (reports of actual number killed range up to 100). Several Lebanese security people and civilian neighbors were also killed. Two Israeli soldiers were killed.

The primary target of the operation was a pair of seven-story buildings in the fashionable neighborhood of Verdun in West Beirut. These buildings were residential housing for both British and Italian families along with Arab families. The building housed Muhammad Youssef Al-Najjar (Abu Youssef). The second seven-story building was on the opposite side of the road and was residential. There were two targets in this building, Kamal Adwan and Kamal Nasser.

The team attacking the target was composed predominantly of Sayeret Matkal
Sayeret Matkal
Sayeret Matkal is a special forces unit of the Israel Defence Forces , which is subordinated to the intelligence directorate Aman. First and foremost a field intelligence-gathering unit, conducting deep reconnaissance behind enemy lines to obtain strategic intelligence, Sayeret Matkal is also...
commandos, led by then unit-commander Ehud Barak
Ehud Barak
Ehud Barak is an Israeli politician who served as Prime Minister from 1999 until 2001. He was leader of the Labor Party until January 2011 and holds the posts of Minister of Defense and Deputy Prime Minister in Binyamin Netanyahu's government....
(Barak later became IDF Chief of Staff
Ramatkal
The Chief of the General Staff, also known as the Commander-in-Chief of the Israel Defense Forces is the supreme commander and Chief of Staff of the Israel Defense Forces. At any given time, the Chief of Staff is the only active officer holding the IDF's highest rank, Rav Aluf , which is usually...
and subsequently Prime Minister
Prime Minister of Israel
The Prime Minister of Israel is the head of the Israeli government and the most powerful political figure in Israel . The prime minister is the country's chief executive. The official residence of the prime minister, Beit Rosh Hamemshala is in Jerusalem...
). The attacking team also included Yonatan Netanyahu, who became unit commander two years later and became known for leading the hostage rescue operation in Entebbe
Operation Entebbe
Operation Entebbe was a counter-terrorist hostage-rescue mission carried out by the Special Forces of the Israel Defense Forces at Entebbe Airport in Uganda on 4 July 1976. A week earlier, on 27 June, an Air France plane with 248 passengers was hijacked by Palestinian and German terrorists and...
in which he was killed. The team approached the buildings disguised as civilians (Barak was disguised as a brunette woman). In the building, the team killed three PLO and Black September leaders:

During the operation, four others were also killed: an Italian woman who lived in the building, Abu Youssef's wife, and two Lebanese police officers.

A separate nearby target was a multi-story building which housed militants of the Popular Front for the Liberation of Palestine
Popular Front for the Liberation of Palestine
The Popular Front for the Liberation of Palestine is a Palestinian Marxist-Leninist organisation founded in 1967. It has consistently been the second-largest of the groups forming the Palestine Liberation Organization , the largest being Fatah...
. The Israeli team had 14 commandos, mainly Sayeret Tzanhanim Commando paratroopers led by Amnon Lipkin-Shahak
Amnon Lipkin-Shahak
Amnon Lipkin-Shahak is a former Chief of Staff of the Israel Defense Forces, Member of the Knesset andMinister of Transportation and Tourism.-Military service:Lipkin-Shahak started his military service as a teenager in the military boarding-school in Haifa...
, who later succeeded Barak as IDF Chief of Staff. The Israeli team met strong resistance early on, and two of its soldiers were killed. Despite this resistance, the force was able to bomb the building. Lipkin-Shahak was also decorated for bravery for his conduct in this operation.