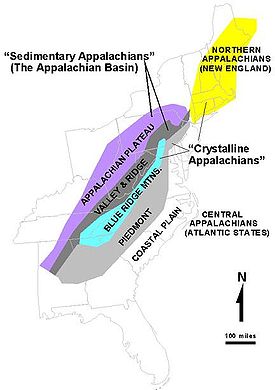 The region is known for its ruggedness and scenic beauty. The Cherokee
Cherokee
The Cherokee are a Native American people historically settled in the Southeastern United States . Linguistically, they are part of the Iroquoian language family...
who lived in these mountains called them Sah-ka-na'-ga - "The Great Blue Hills of God." Large portions of the North Georgia mountains are included in the more than 750000 acres (3,035.1 km²) that comprises the Chattahoochee National Forest.